Selective focus images have become very popular thanks to Lensbaby.  Personally, I never understood the attraction of creating such an image in the camera.  Why create such a source image when you could create the effect in Photoshop? If you later need a full focus image, there’s no way to “undo” a Lensbaby photo. At least in Photoshop, you have complete control over the effect AND have a clean original … just in case.  Sure, it was a challenge to create the selective focus in Photoshop, but that was before On One Software released FocalPoint. 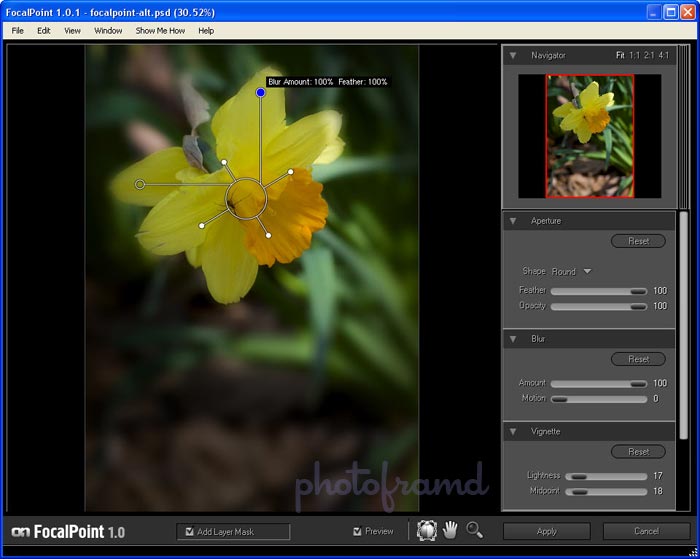 The plugin is very simple to use.  Start with either a round effect or planar effect then move the little “bug” tool around.  Adjust the size and blur effect in real-time through the pulleys.  You can even apply a vignette to lighten or darken around the blurred area.  It’s really that easy. 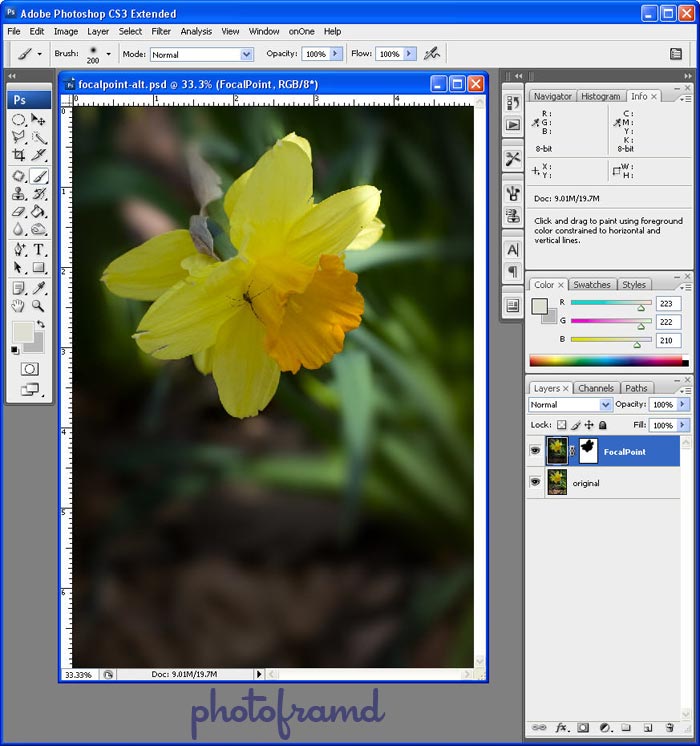 When you apply the effect, FocalPoint automatically creates a new layer with a layer mask for the effect.  The original image is untouched!  You can then fine tune the effect by drawing in the mask area to restrict the blur effect.  If you notice, I allowed the blur to touch the tips of the petals and then used the mask layer to pull the effect back.  Let’s see you do that with Lensbaby! The final image is below. 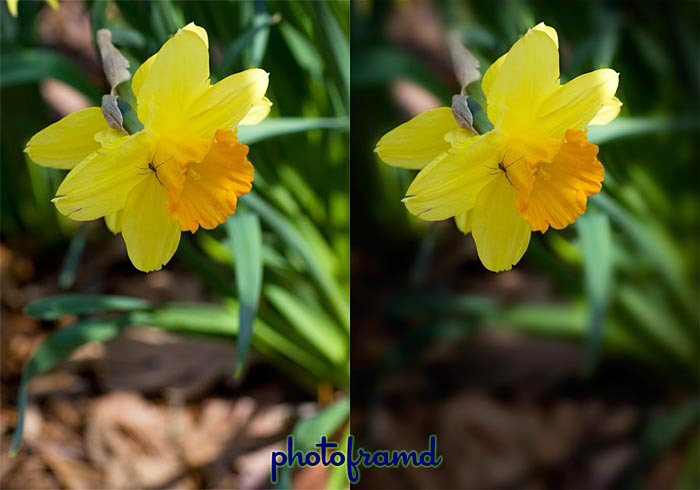 The above effect took only a few minutes to create.  It’s really that easy.  FocalPoint is part of On One’s new Plugin Suite 4/4.5 which also includes my favorite masking program Mask Pro 4.  Plus, NAPP members receive $100 off the plugin suite!! So before you spend $300 on Lensbaby’s Composer or Control Freak, take a look at a software plugin bundle that you will REALLY use.

NOTE – be sure to take a look at my article on Topaz Labs  new plugin called Lens Effects.  It also can create the Lensbaby selecting focus effect (Tilt-Shift effect), along with a whole lot more.