In Quick Glamour Part 1, I took the photo pretty far in just 5 minutes.  Now, I am going to go just a little farther in another 5 minutes. 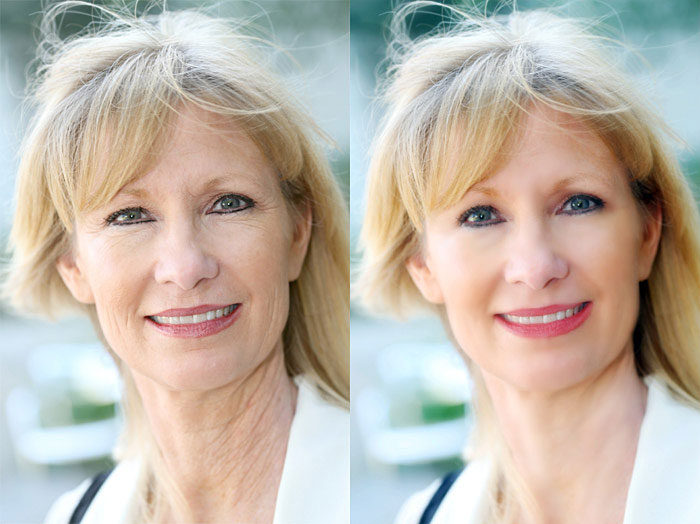 Quick Glamour, Before & After Part 2

Starting with the merged image from Part 1, I applied the following steps:

Fixing the Left Eye and more with Liquify

I could stop here, but I want to do just a little more.

You can see the final Photoshop file with layers below. 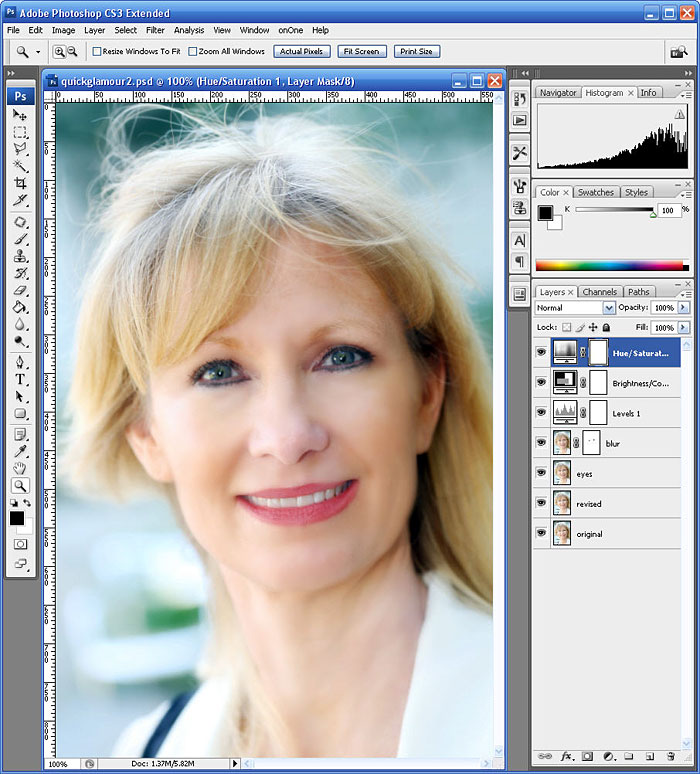