Is that new camera not performing as well as you had hoped? Maybe it’s your media card! Whether you have a dSLR or a digital point-n-shoot, the media card can create a bottle neck to slow you down and your next shot.  Still using the “free” card that came bundled with your camera?

Unfortunately, it is not as simple as comparing the listed speeds on the cards.  It’s more like comparing apples and pineapples; they may both have “apple” in their name, but they are definitely NOT the same.  There is no standardization involving the speed of the cards.  A manufacturer’s speed rating is only a reference for that manufacturer.  A 133x speed rating from SanDisk is not the same as a 133x from Lexar.  So, what can you do? 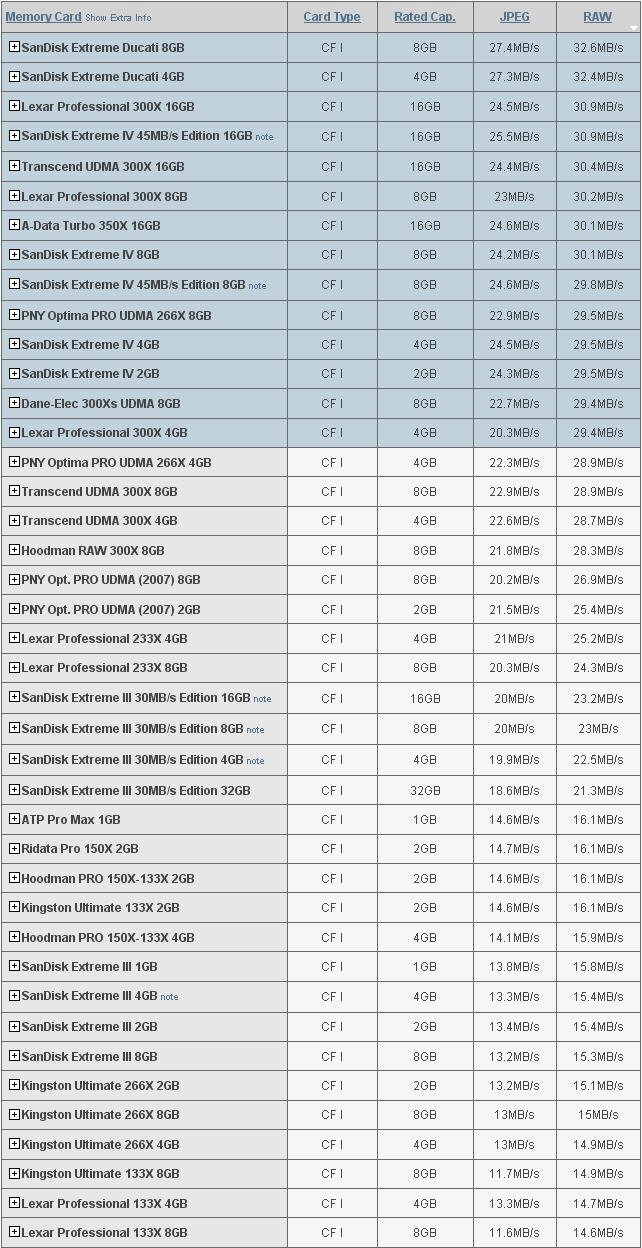 You will also notice a difference between real-world testing and manufacturer claims. For example, the Lexar Professional UDMA 300x 16GB card claims a read/write speed of 45MB/s.  However, in the above testing in the 5D MarkII, it only achieved a write speed of 30.9MB/s … 15MB per second slower than the manufacturer’s claim!  At a price around $200, the Lexar card is only slightly faster than Transcend UDMA 300x 16GB card which is around $150.

These factors can help you find the best media card within your budget:

So check those sale prices and get rid of that slow media card.