Since the camera was invented, photographers have struggled to accurately capture bright skies with less luminescent landscapes.  The camera just cannot capture the dynamic range in one exposure.  Photographers have used graduated filters to try to tone down the bright areas and balance out the scene.

Since High Dynamic Range (HDR) was introduced in Photoshop CS2, Photoshop users have used this feature to combine multiple images containing the best highlights, midtones and shadows from different exposures of the same scene into one powerful photo.  But, Photoshop is just one program that can create HDR images.  The following stand-alone programs offer more controls and options to help create that dynamic image:

Photomatix by HDRsoft: probably the best known of the HDR programs.  Currently in version 3.1.3, it is available as a stand-alone program and a plugin for both Photoshop and Aperture.  NAPP users can also get 25% discount. 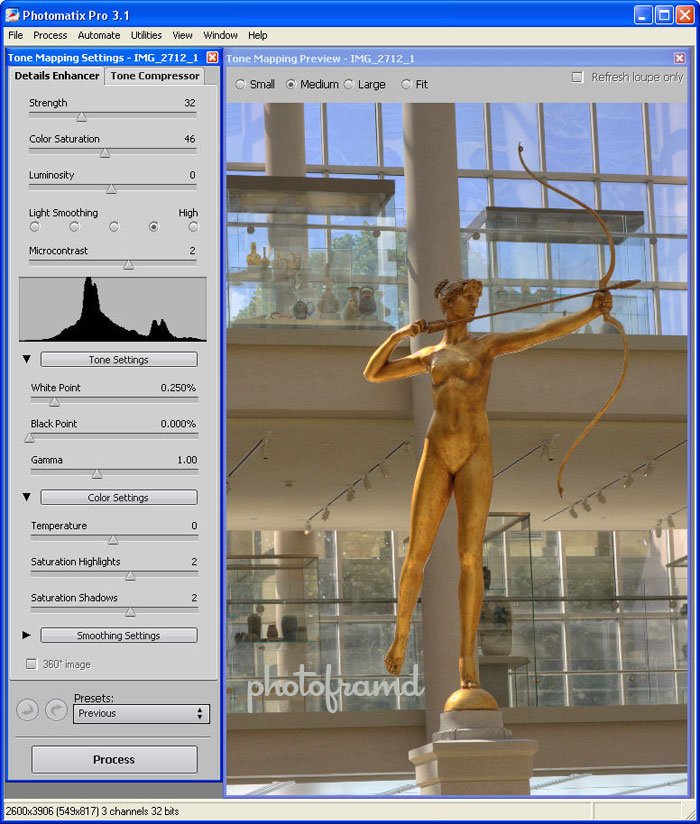 As far as control go, Photomatix is pretty basic.  Just combine the multiple images and than adjust the tonal range and saturation through the tonal mapping’s Detail Enhancer and Tone Compressor.  HDRsoft offers a quick tutorial to walk you through the process.  After a few experiments, it’s pretty easy to get good results.  It is also the quickest program to generate the final image.

FDR Tools Advanced: if you are a control freak, FDR Tools is the program for you!  It has the most impressive tool set of any of the HDR programs.  Currently in version 2.3, it is also available as a stand-alone and a Photoshop plugin. 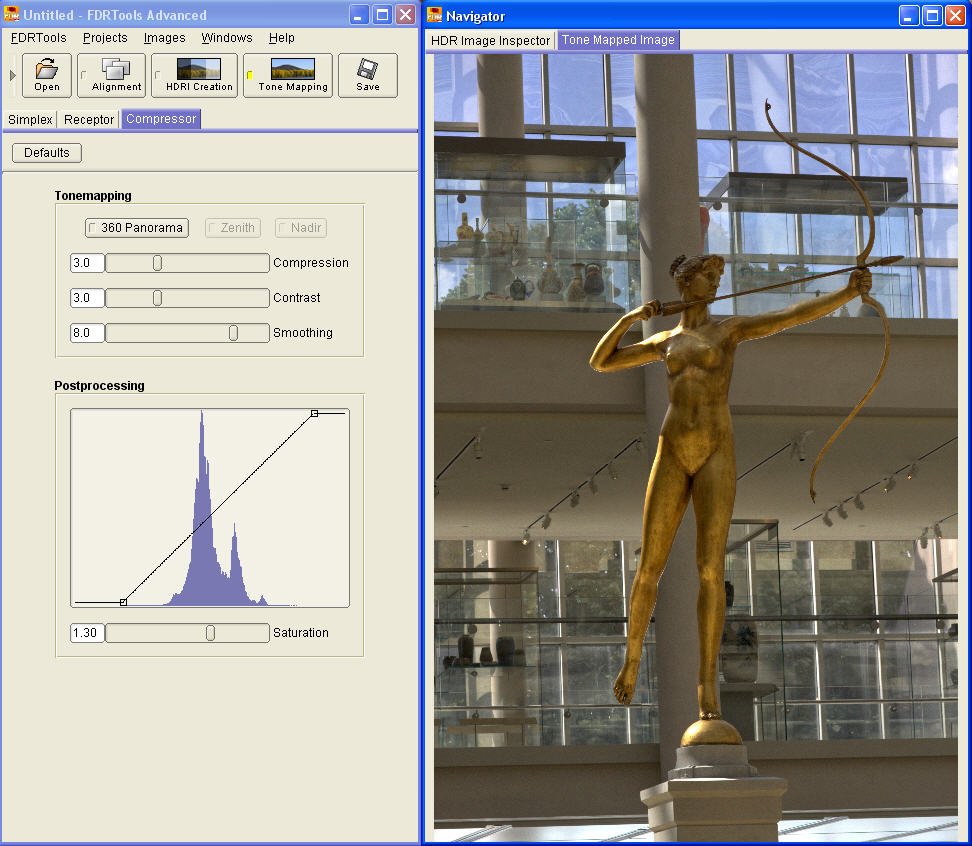 Advanced Photoshop users will feel right at home with all of the mapping, curve and slider options.  Just take a look at this tutorial and you will get the idea of the power offered by this program.  It is very easy to create either natural dynamic colors or the oversaturated colors found in many HDR images.

Dynamic-Photo HDR: attempts to offer the simplicity of Photomatrix with the power of FDR Tools.  Currently in version 4, it is only available as a stand-alone program, but it is also the least expensive HDR program in the group. 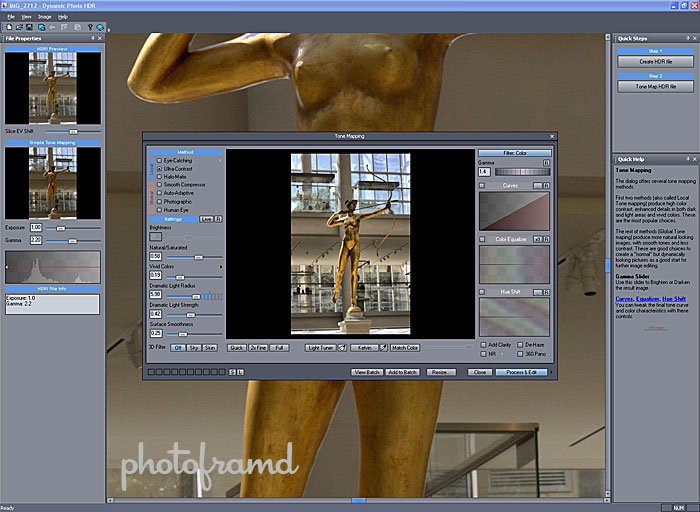 Dynamic-Photo guides you through the process with its built-in wizard that makes the creation process easy.  It then offers a wide range of tools to tweak the image further.  Just click on Create HDR to follow their tutorial.

I used the following images to test all three programs.  These images taken hand-held though high-speed continuous shots and exposure bracketing of 2-stops.  Photo 1 has the better details for the statue and the room’s interior.  Photo 2 has the better color in the windows. 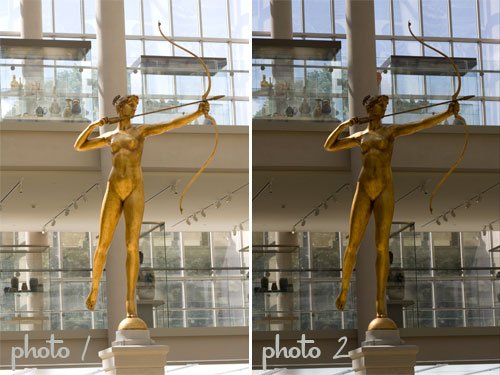 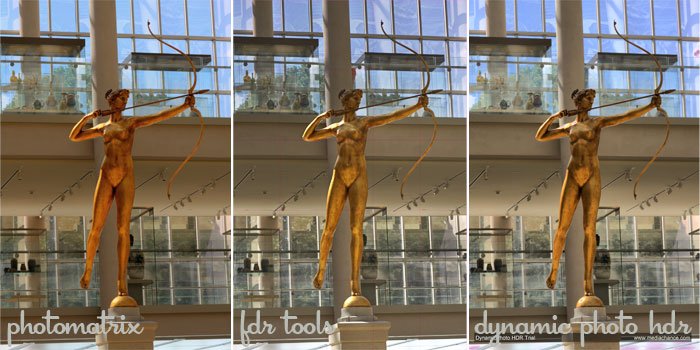 However, it was FDR Tools which produced the most natural results.  Photomatix tended towards oversaturated results with less reflected highlights in the windows.  Dynamic Photo HDR had over-exposed “blow-outs” on the statue for some reason.  FDR Tools produced the best overall results with great details in the window reflections,  the statue and the surrounding room.

Look for Part 2 tomorrow which will address Ghosting created by scenes with moving people.