Have you ever had to saturate an image beyond its normal limits, but still retain image detail and fidelity?  Maybe you are working on an ad or a banner and need something really eye-popping.  Or, maybe you are planning to animating an object as a focal point to guide the user around.  A super-saturated object in an otherwise bland image commands attention.  But how can you create it and still have it look real?

Even Photoshop’s Hue/Saturation Tool has its limits! Take a look below: 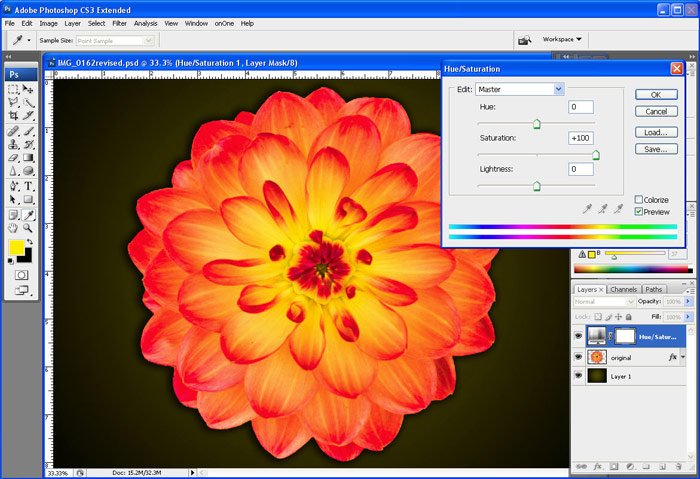 The Saturation level is at 100%.  On the black gradient background, it does pop.  But we can go further. 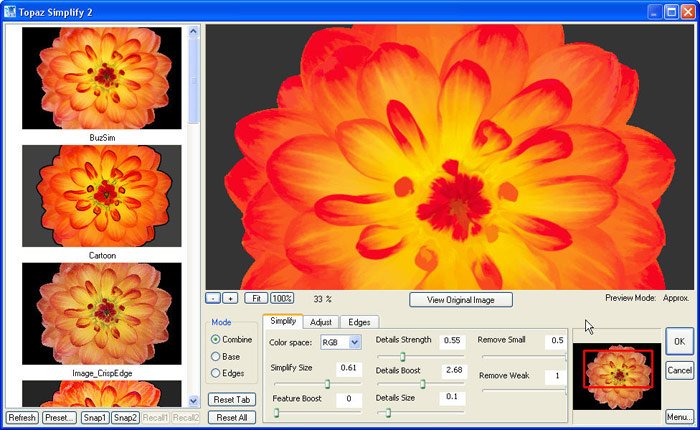 Topaz Simplify 2 is a very unique tool.  It can reduce an image to just pure color.  At that point, you can boost the colors even further. Such intense super-saturation does loose the essence of the original flower photo.  However, it can make a great layer to blend into the original. 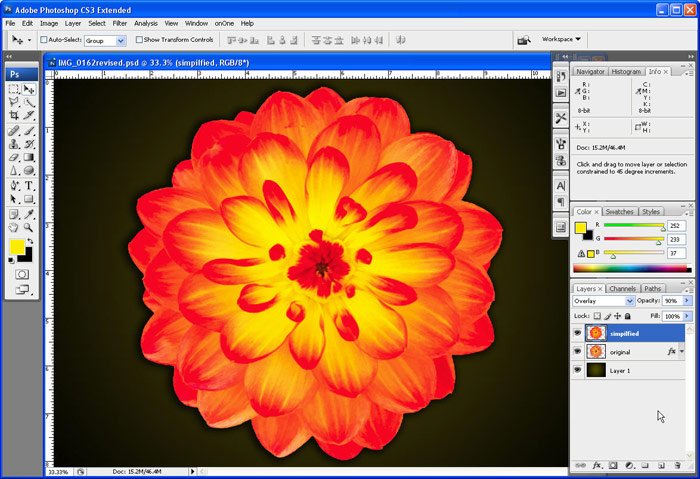 WOW! Using the image manipulated in Topaz Simplify 2 as a separate layer, I changed the layer’s blending mode to Overlay at 90%.  The original image is on the layer below it.  If you compare it to the top image, you can see just how far you can go.