In Part 1, I covered the basic information for Sigma’s 50mm f/1.4 EX DG HSM lens.  Now, we are ready for some comparisons.

The following image was taken with the Sigma 50mm lens and the Canon 40D.  The images below are the full-sized close-up from the same photo.  The image detail is excellent, as well as the overall sharpness and color. 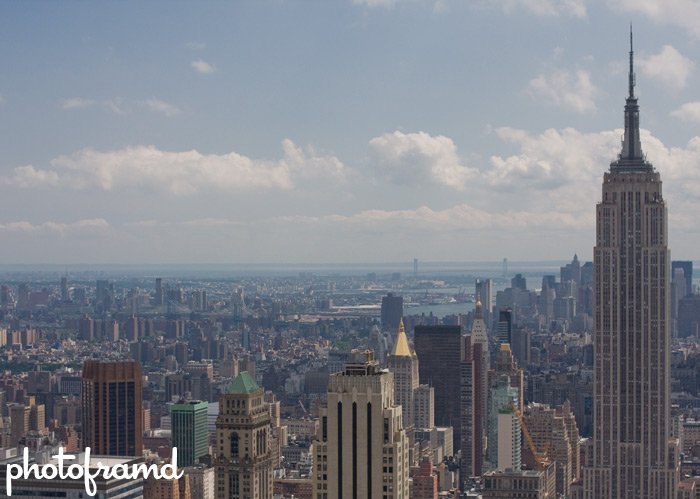 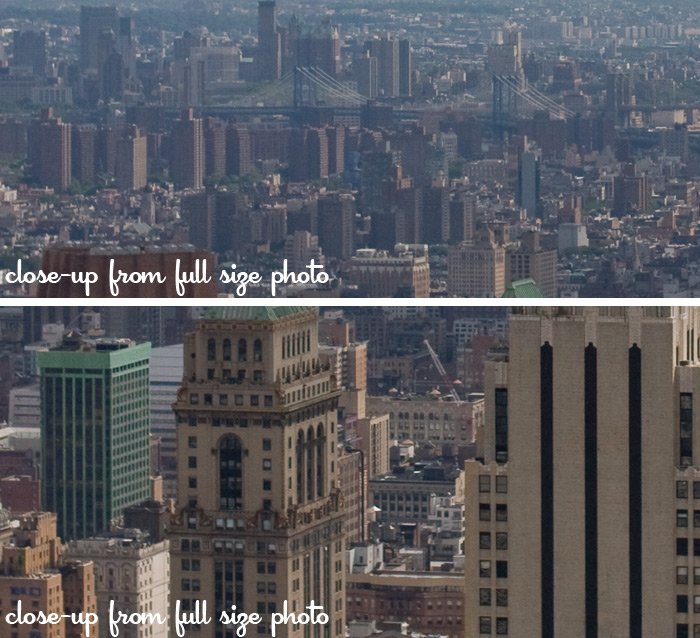 With an aperture of  f/1.4, the Sigma 50mm really shines in low-light situations.  Take a look at the photo below.  It is impossible for a flash to have enough power for a room as large as Grand Central Station.  Luckily with this lens, you can take sharp detailed photos in natural light.  The main photo shows to entire image capture.  The three close-ups on the side show the incredibly sharp detail.  Very impressive! 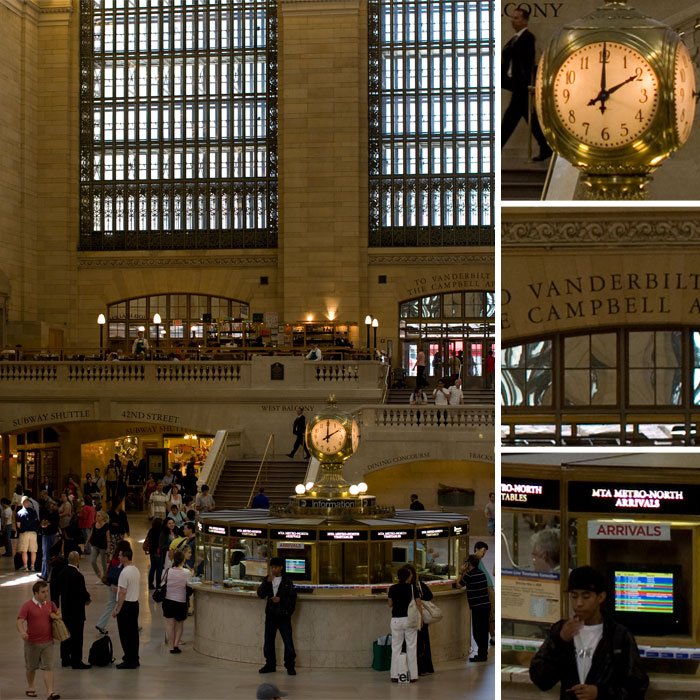 The following photos were taken within minutes of each other.  Both the Sigma photo and the Canon 24-70 L photo were taken at the same distance.  For the Canon 85mm 1.2 L comparison photo, I stepped back 15 feet to approximate the same viewpoint.  The detail in all photos are very comparable.  Once obvious difference is the out-of-focus bokeh on the left side of the bust.  The Canon 85mm 1.2 L is known for its smooth boken effect.  (The extra distance with the additional 35mm plus the fast f/1.2 allows for the super smooth blur effect.)  But, the Sigma 50mm performs extremely well.  In fact, the Sigma’s boken is much nicer than the Canon 24-70 L. 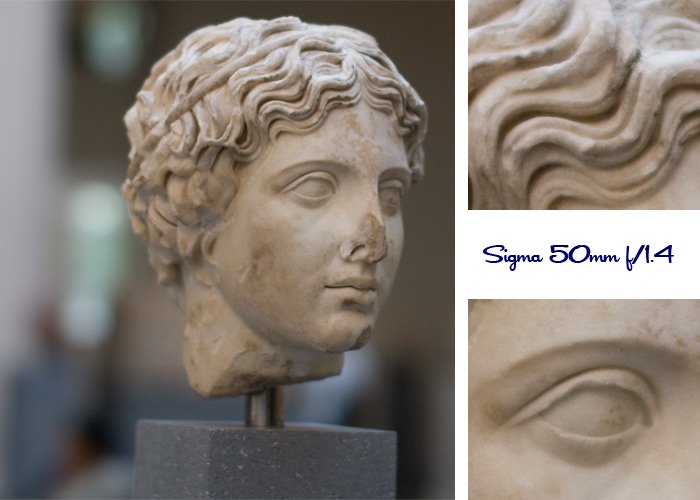 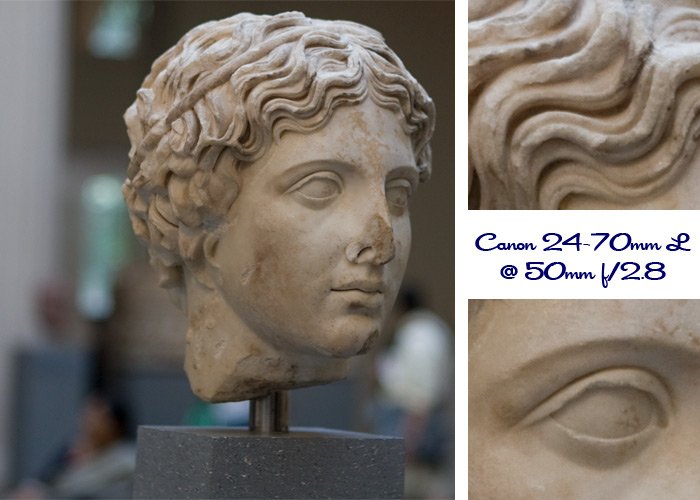 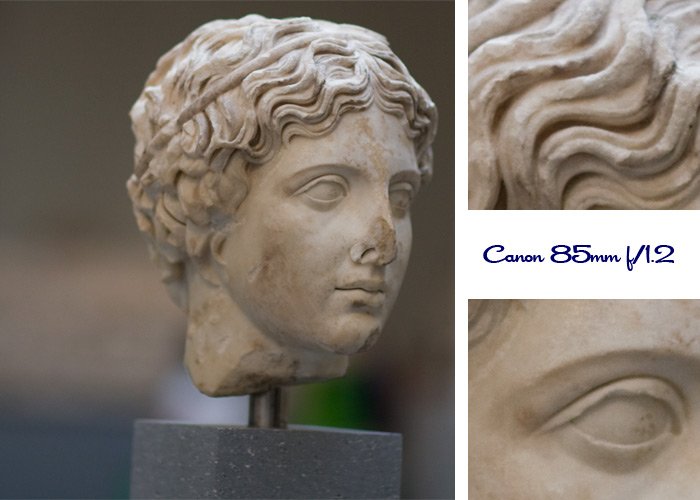 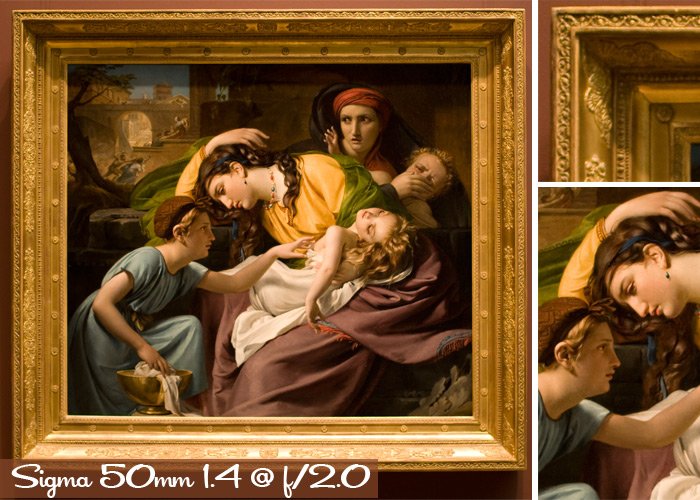 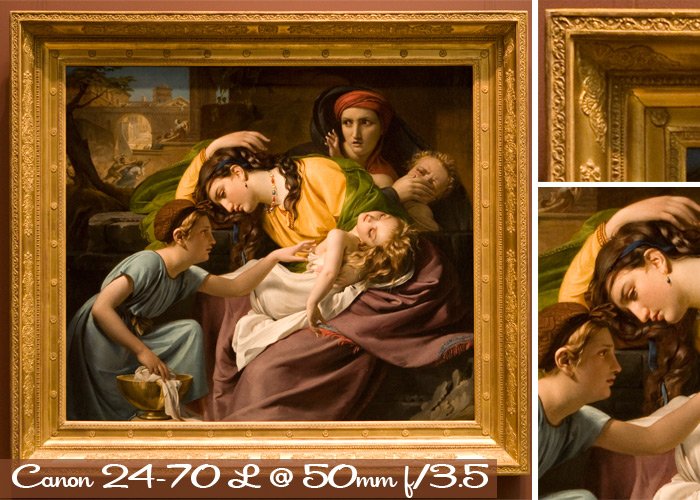 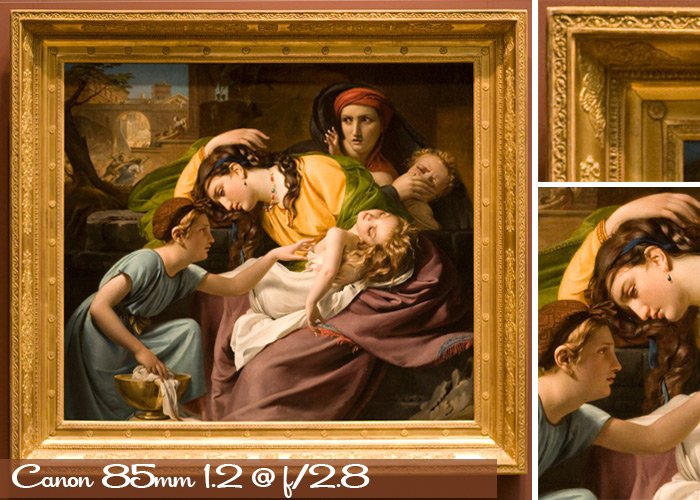 I am very happy with the performance of the Sigma 50mm f/1.4 EX DG HSM. It compared very well to the Canon lenses, but cost over $1000 less.