Home »Promote Yourself»Syfy – how NOT to launch a rebranding

The Sci Fi Channel is rebranding itself as Syfy starting today, 07/07/2009.  The network started the hype months ago.  Whether you agree with the name change or not, this is just sloppy.  At 2AM this morning (launch day), I received this email from the new Syfy introducing the brand: 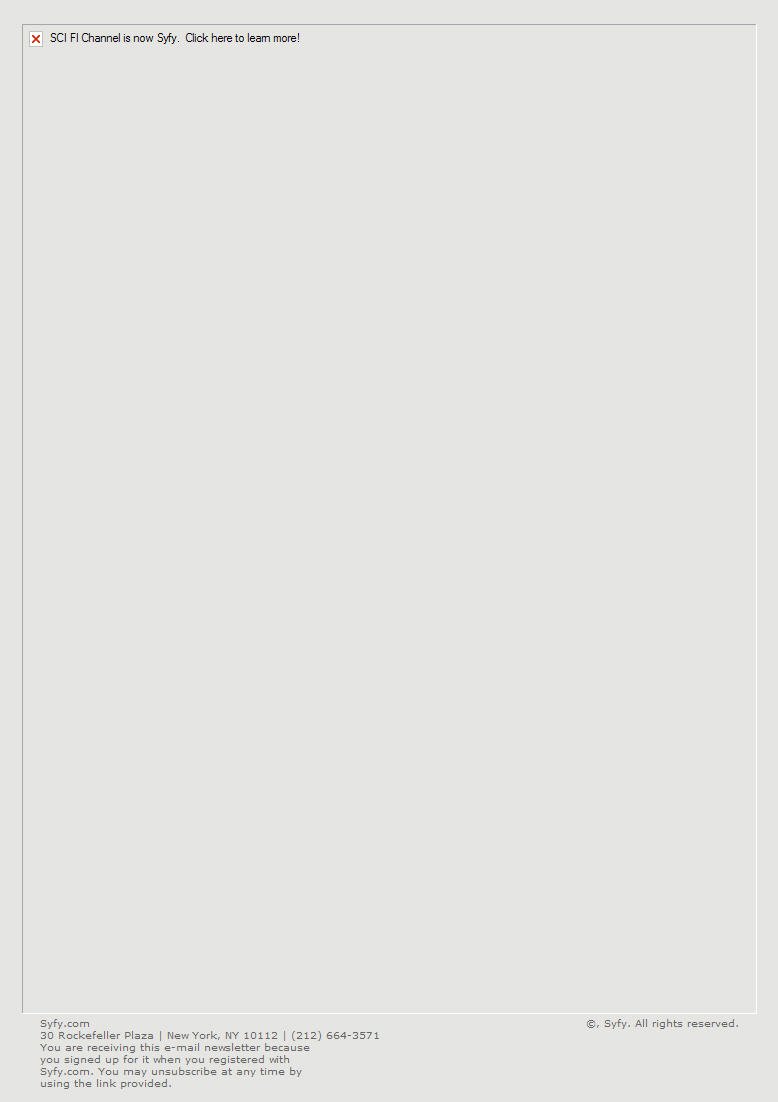 Can’t see the image? Yes, that is right!  They announced the rebranding of their channel with an email that contains a missing graphic!  The HTML code points to the following:

To make this worse, when you follow the code to the actual image link, it displays the following image: 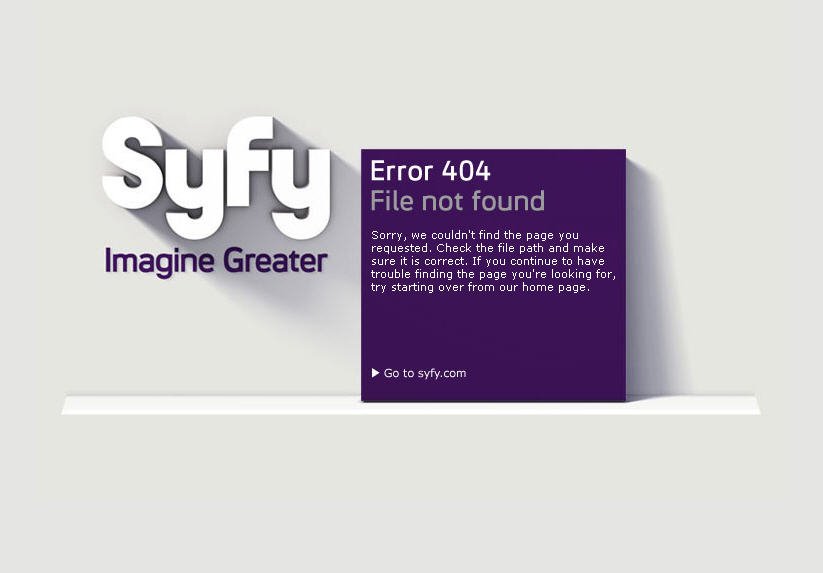 Omen of things to come or just sloppy?  If you are curious about where the network is really going, you need to see the promo video on the new Syfy.com.   The video is excellent, especially the Escher-inspired segment for SyFy’s new show Warehouse 13 (even if the actors do not know who Escher was … another omen?)

2 Replies to “Syfy – how NOT to launch a rebranding”