Over the weekend, I went to the zoo and found this shy little monkey.  He refused to face me!  He only turned around when someone opened a door directly behind me.  Lighting conditions were not great and the monkey was behind glass.  I took a few shots to see how they would come out. 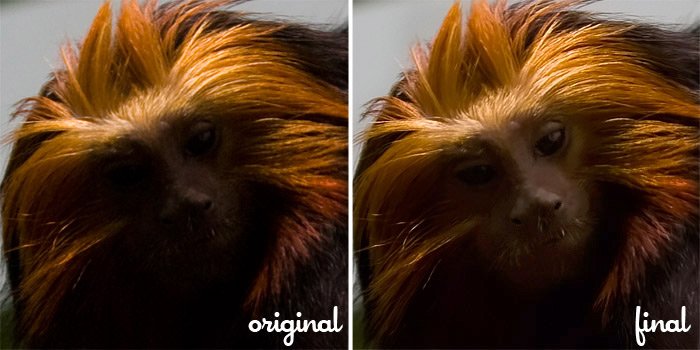 The monkey’s face was almost completely in shadow.  But, after a few steps, I was able to produce the image on the right. 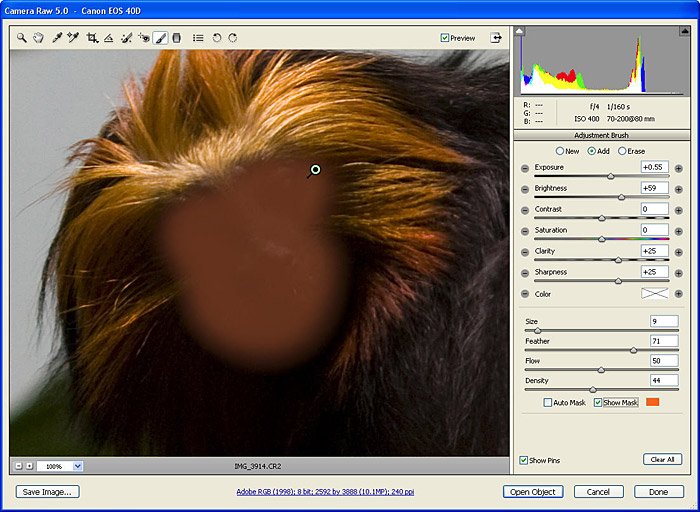 The overall exposure was fine except for the the face.  I added an Adjustment Layer on the face area. 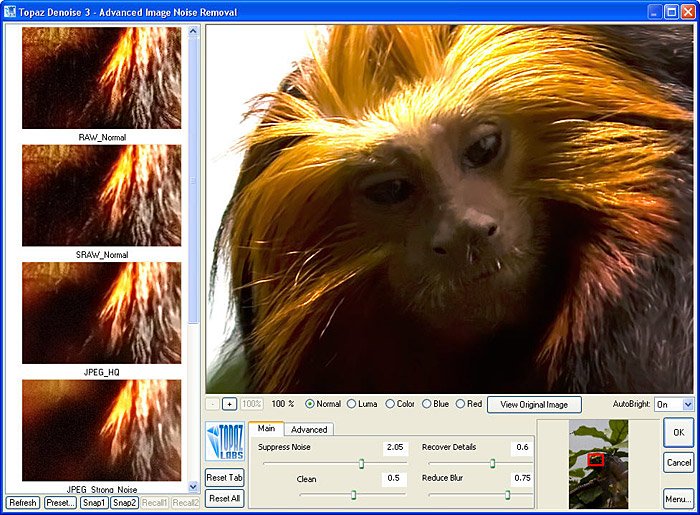 Since the face was so dark, I introduced a lot of noise in the monkey’s face.  This situation shows the power of the new Topaz DeNoise 3.  On the Main Tab, I removed the noise but made the face a little too smooth. 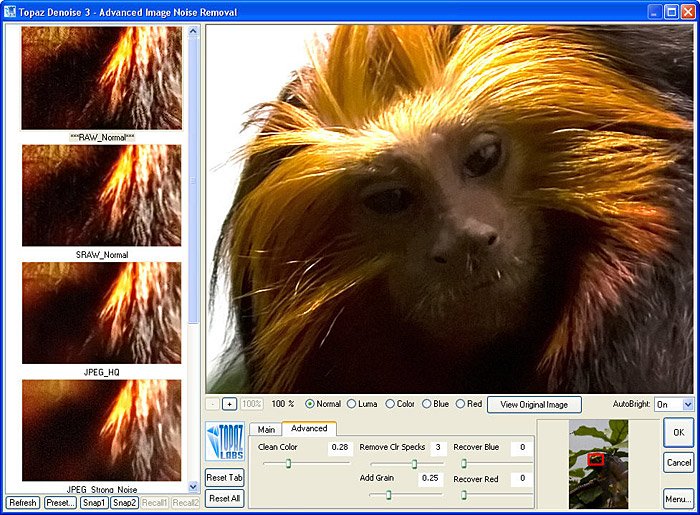 On the Advanced Tab, I added in some realistic grain, as well as cleaning the color and removing some specks. 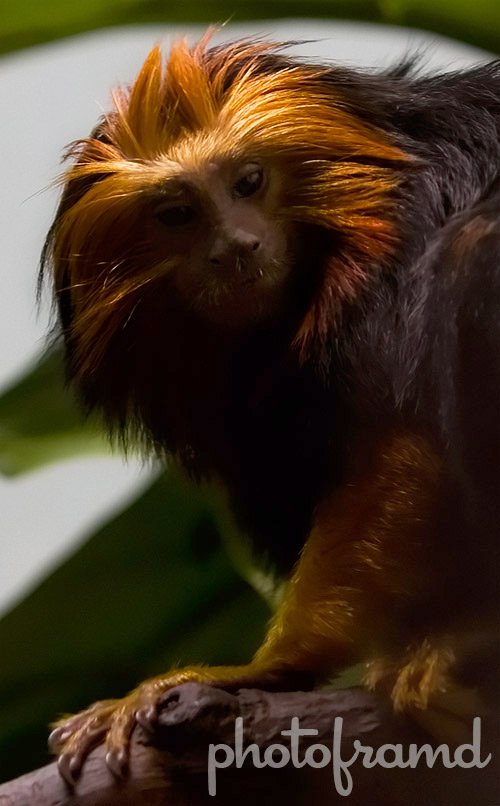