Every so often, I come across an effect that makes me stop and wonder.  I call it “My Little World effect”  — a photo taken with an extreme fish-eye lens that could not be possible without a unique specialty lens.  Well, I found the right Photoshop plugin and recreated the effect below. 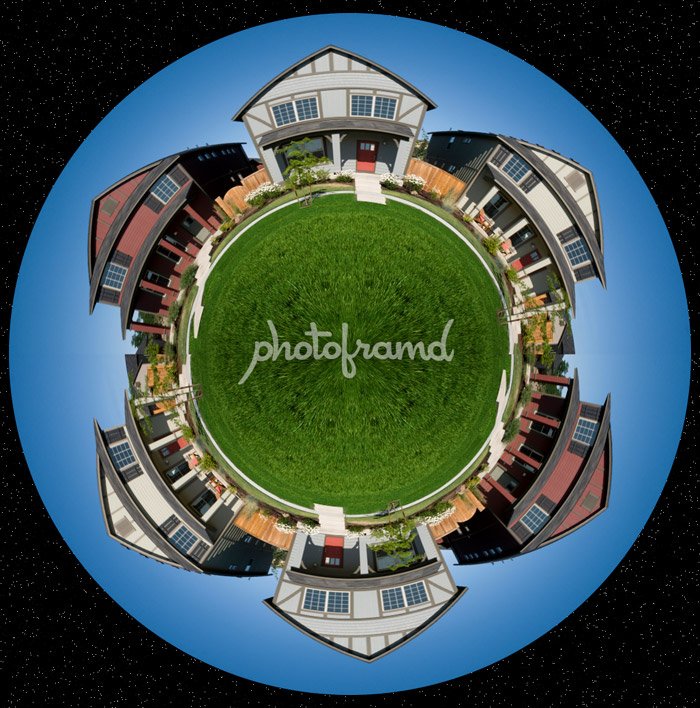 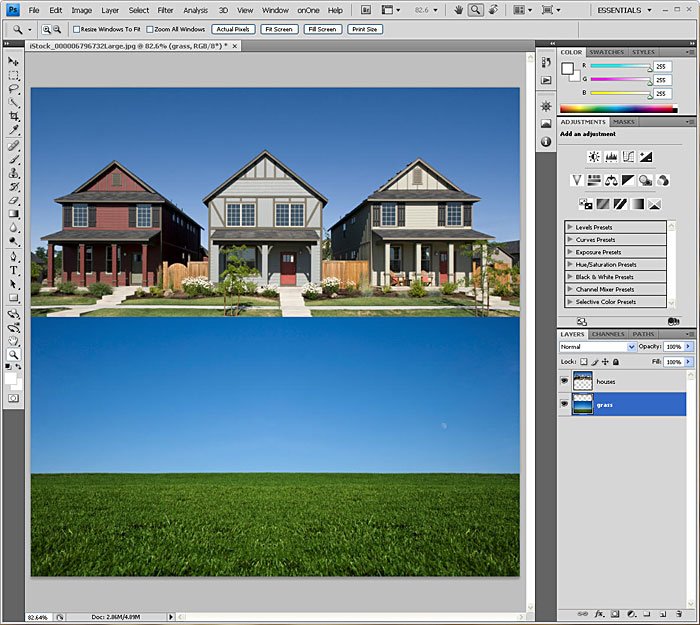 I started with these two stock images from iStockPhoto.  After experimenting with just the image of the houses, I realized the final image was too shallow and need more green grass.

2. Combine the images into one 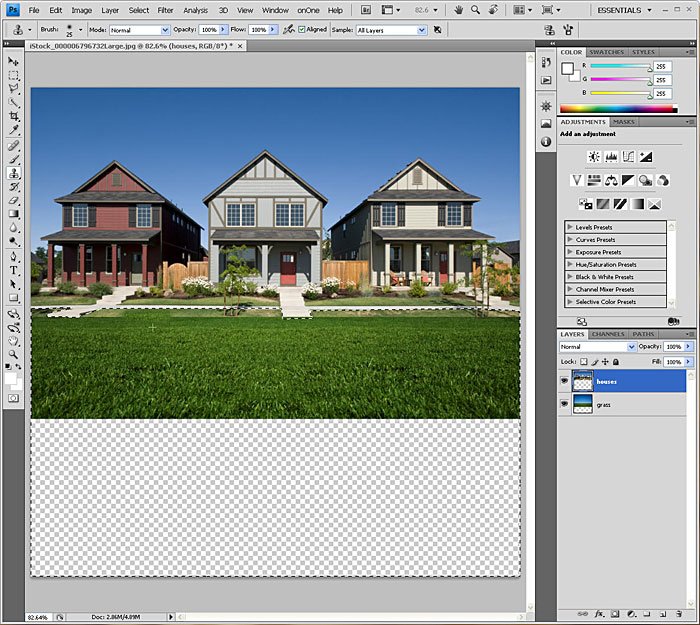 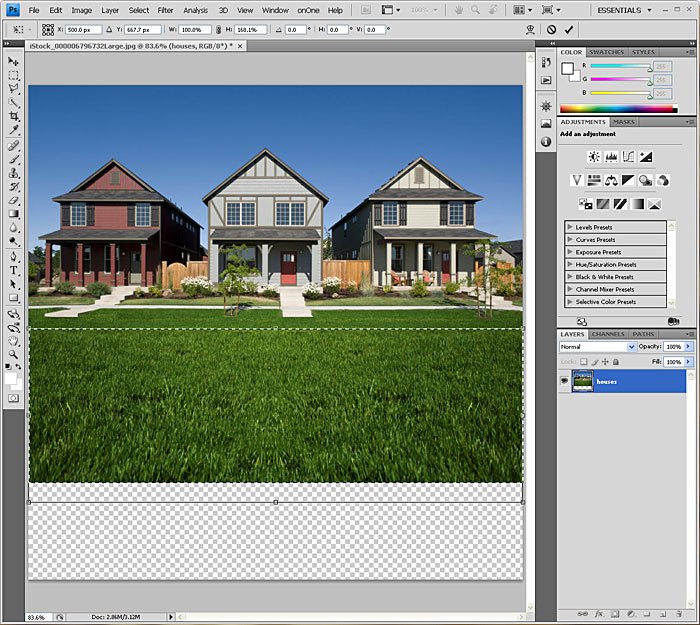 4. Crop the image and rotate canvas 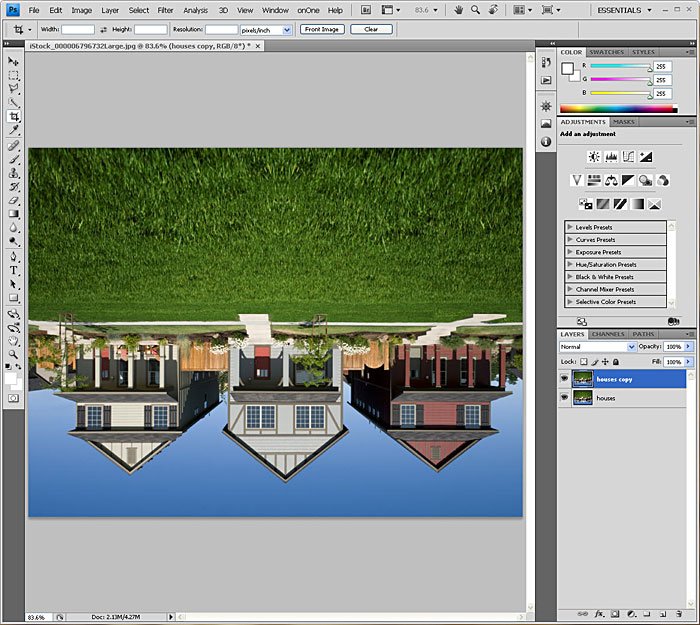 Next, I cropped the image to trim away the used area and a little of the sky.  In using the plugin, I also found that you need to rotate the image to create the world effect. 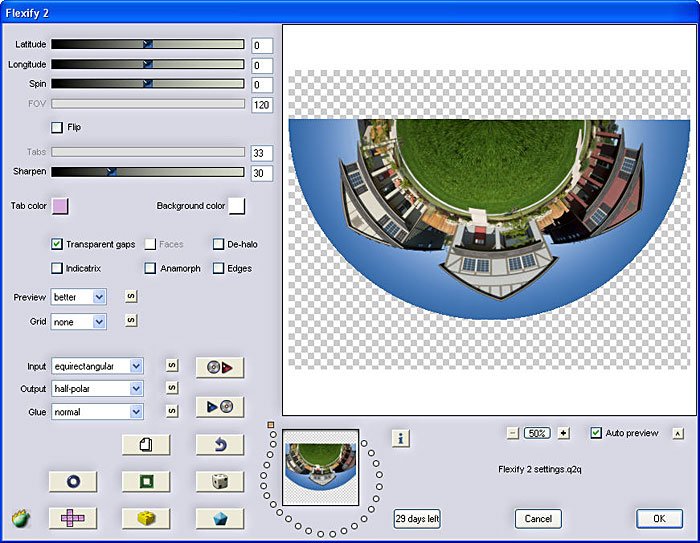 Now for the magic!  I previously tried to recreate this effect using Photoshop’s Warp and Liquify Tools, but the overall effect was very unnatural.  After digging around on Google, I found the Flaming Pear site and Flexify 2.  This cool plugin creates very smooth image warp effects.  The plugin does work in Photoshop CS4, but is not available in 64-bit.  Using its presets, I selected an Input of equirectangular and an Output of half-polar.  A rectangular image works best in this warp. 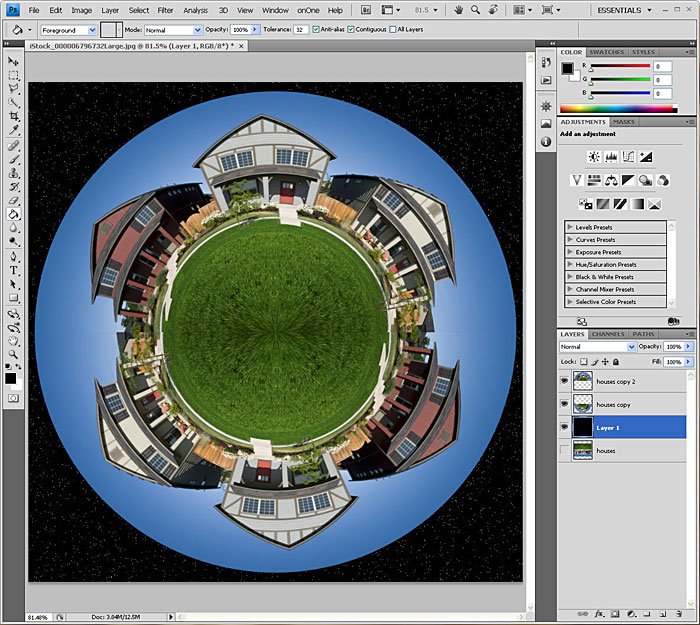 To complete the effect, I duplicated the transformed layer and rotated it to complete the world.  I tried the image on a solid white background, but thought the black looked better.  I created the stars by adding some noise into the solid black.  The final image has the natural look of an extreme fish-eye lens.

2 Replies to “Tutorial: My Little World in Photoshop”