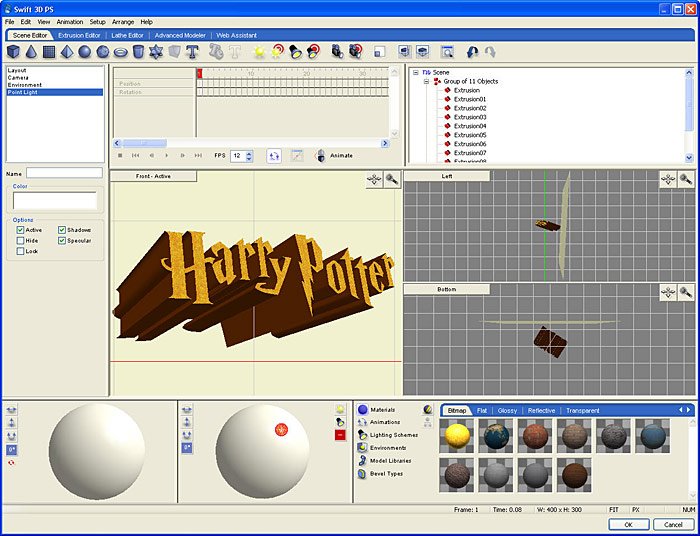 I started with a Harry Potter-themed font from Dafont.com.  I positioned the letters in Illustrator, convered it to Outlines and saved the file as an AI file.  I imported the file into Swift3D PS, extruded it and applied textures.

Use Photoshop Extended to change the Render Settings 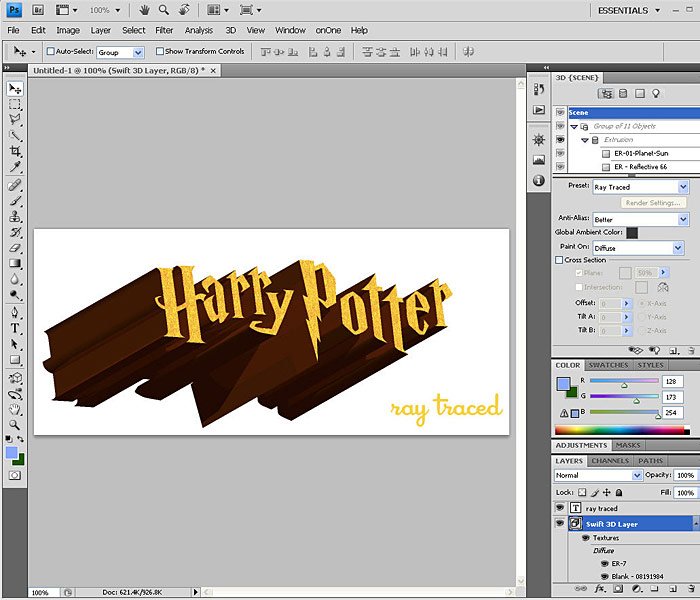 In Photoshop’s 3D Panel, you can adjust the render settings through a variety of Presets.  You can use these presets on any 3D object imported into Photoshp Extended.  The following are the most commonly used presets: