I admit it.  I am not a fan of using Curves in Photoshop.  In my opinion, it is easier create a desired boost in Contrast or Color through other Photoshop tools … with less harm to the overall photo.  At least CS4 added the On-Image Adjustment Eyedropper making it easier to target specific tonal areas.

Getting Started with Curves 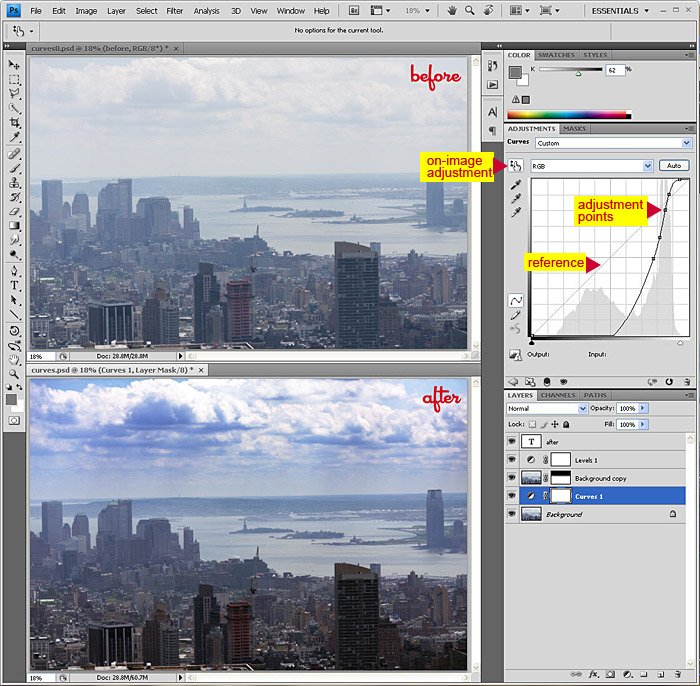 Take a look at the Before and After images above.  The detail in the clouds is recovered through the use of Curves.  The difference is impressive. 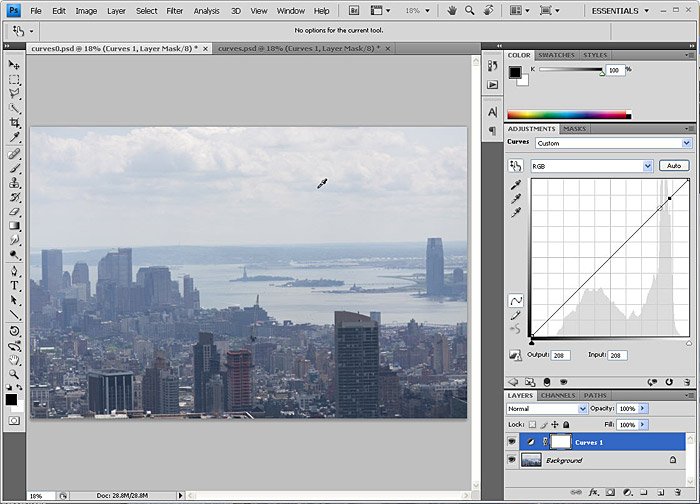 With the On-Image Adjustment icon selected, you can click in the photo to create Adjustment Points on the Curve. 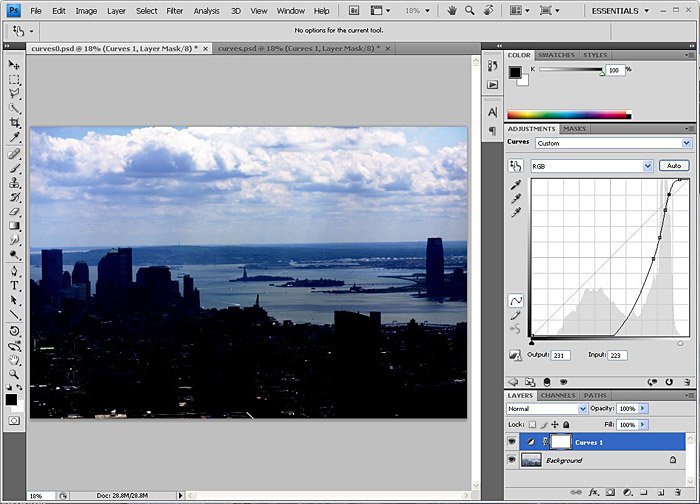 An Adjustment Point creates a transition from one point on the Curve to the next:

Many times, your selection of an Adjustment Point is approximate or a best guess.  Once you start working with these points, up-down-left-right, you can target the tonal range which will really improve the photo.  Working with Curves requires play.

Using Layers to limit the Curves 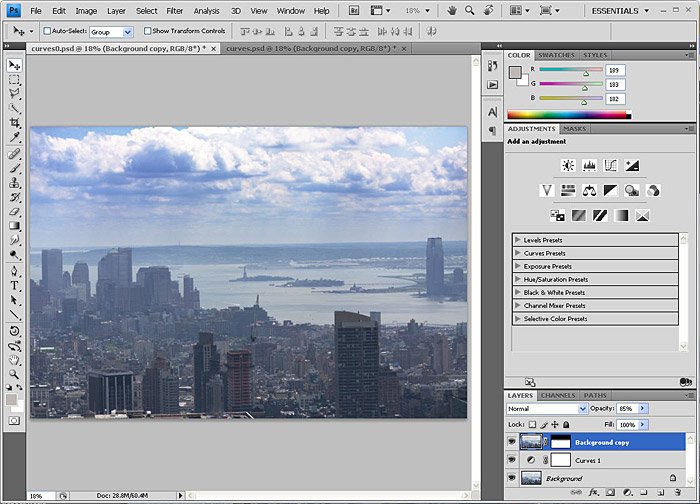 Curves applies to the identified tonal range throughout the photo.  Once I brought out the detail in the sky, the skyline was reduced to a near silhouette.  Easy fix.  I just duplicated the photo layer and drag it above the Curves layer. I then added a Layer Mask to the duplicate photo layer and painted pure black in the mask to reveal the sky in the photo layer beneath the Curves.

Adding Levels to blend the contrast 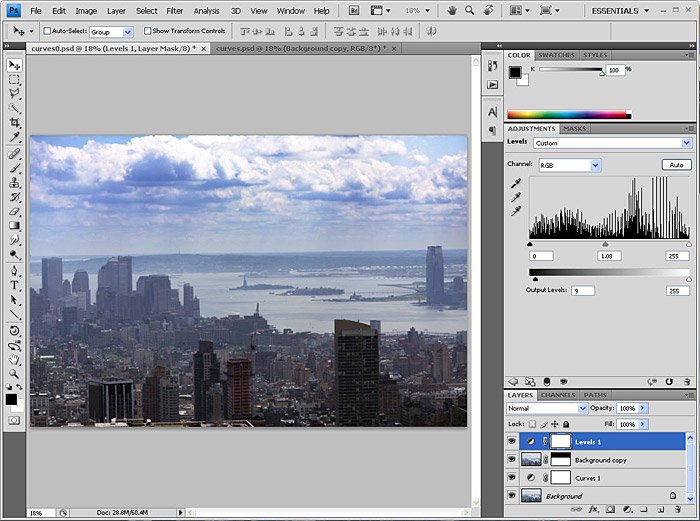 Something looked off using the Curve-enhanced sky above the original skyline.  The skyline looked too soft now due to the summer haze.  Adding a Levels Layer above all of the other Layers allows me to balance to whole image.