I am not a member of the Lensbaby Fan Club.  Honestly, I could never understand spending $300 on a lens to create this effect on-camera.  I would much rather take a sharp photo (as a source) and create the selective focus effect in Photoshop.  Plugins like FocalPoint and Bokeh make it even easier to create this effect directly in Photoshop.  But, with a little effort, you can create the selective focus effect yourself just with Photoshop.

1.  Draw a mask around the area to be sharp and invert it 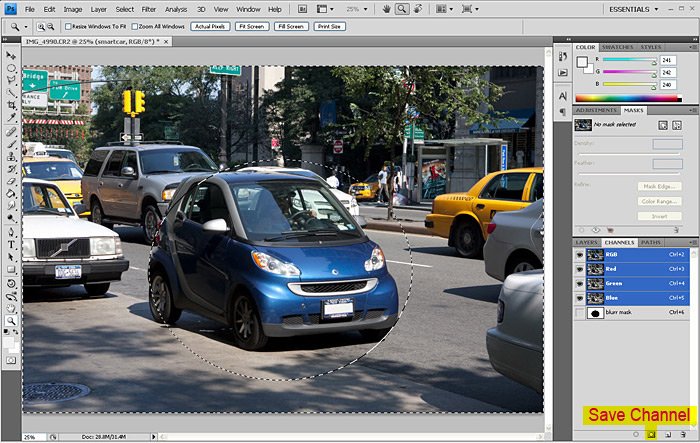 Using the Elliptical Marquee Tool, draw a round selection over the area which should remain sharp.  Now Invert the selection (Shift+Ctrl+I on PC or Shift+?+I on Mac) and save this selection as a Channel.

2.  Apply a Radial Blur to the new Channel 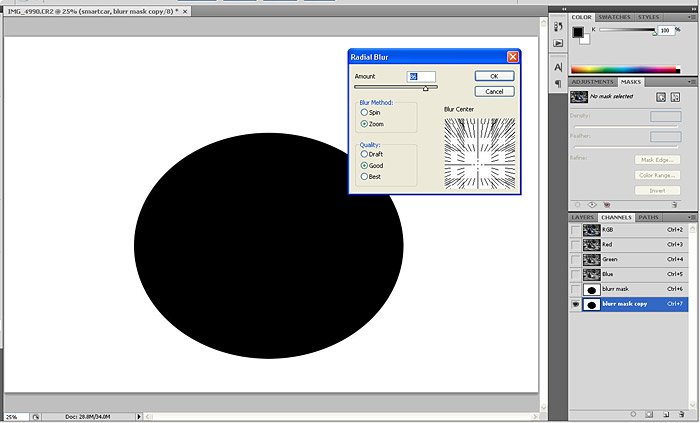 With the new channel highlighted, go to Filter > Blur > Radial Blur.  Lensbaby photos have an irregular blur effect caused by tilting the lens.  I used a Zoom Blur with a high amount (ex. 85) to recreate the irregular blur.  In the dialog box, you can click in the Blur Center and drag the center to the approximate place of the center of the Channel.

3. Smooth the blur with a Gaussian Blur 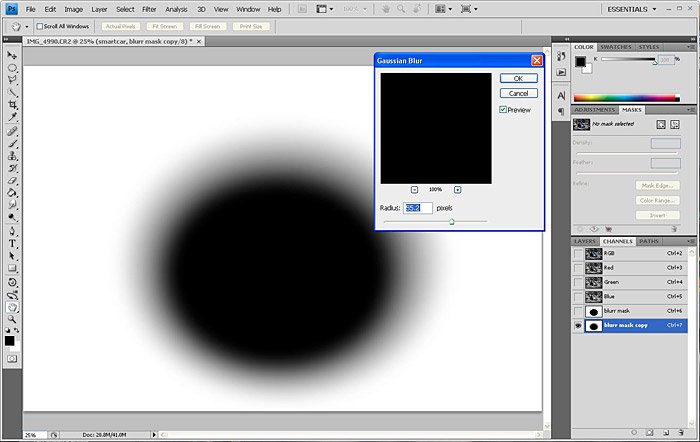 The Channel needs to be a little smoother.  With the new channel still highlighted, go to Filter > Blur > Gaussian Blur and select a high pixel radius to smooth it out. 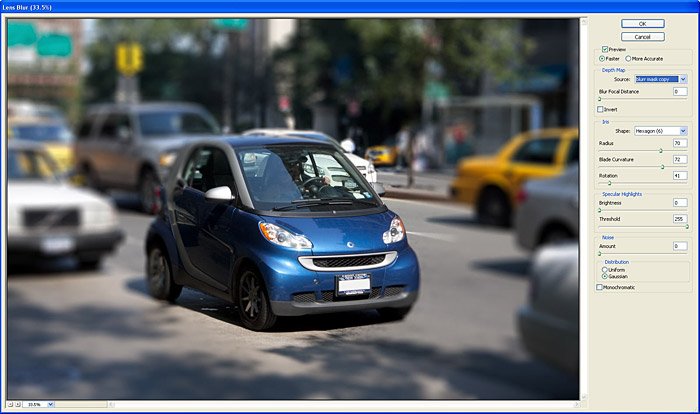 Now for the magic!  Click back to the Layers Tab and highlight the photo layer.  With this Layer highlighted, go to Filter > Blur > Lens Blur. I used the following settings: 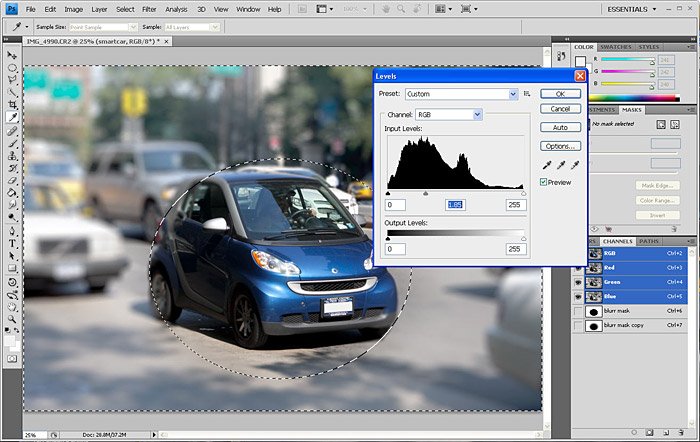 To provide some additional separation between the sharp area and the blurred area, I loaded the blurred channel again on the photo layer.  Using Levels (either an Adjustment Layer or direct application), I dragged the Midtones slider to the left to lighten the blurred area. 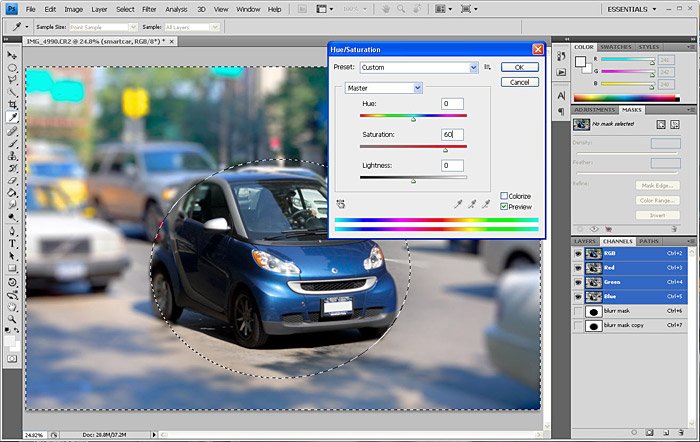 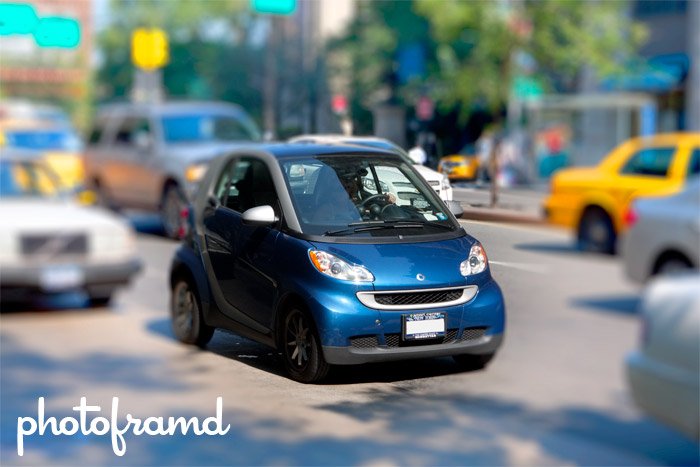 NOTE – be sure to take a look at my article on Topaz Labs  new plugin called Lens Effects.  It also can create the Lensbaby selecting focus effect (Tilt-Shift effect), along with a whole lot more.