Home »General Life»iPhone on Verizon is a Bad Idea! 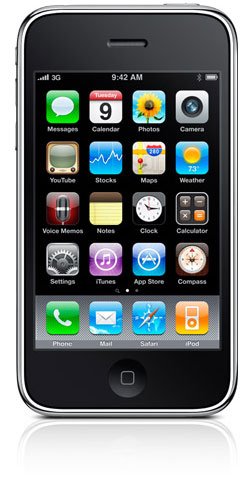 Well, that got your attention!

The iPhone has always been a status item.  As Marty Neumeier would say, the iPhone owners are part of a loyal Brand Tribe.  They talk about the iPhone to friends, they wait in line for the newest release.  They are loyal.  Many users switched cell phone companies just to get the iPhone.  (Really … who even considered AT&T before the iPhone??) It’s a big clique.

CNN reported that internationally, Apple is ending exclusive deals in favor of multi-carrier arrangements.  In France for example, Apple ended the exclusive deal with Orange and is now offering the iPhone through other carriers.  The end result increased the iPhone to a 40 marketshare in France.

What will happen when the iPhone is offer by Verizon and even Sprint? Sure, Apple will sell a ton of phones.  That’s the short-term goal, but what about the future? It would also dilute the “status value” of being an iPhone owner.  Would the previously loyal brand tribe stick with the iPhone when everyone seems to have it?  Or, will they start looking for something new to remain a trend setter.  After all, the iPhone has been on the market for several years now.  The new GS is very similar to the original iPhone in terms of look and feel.  It is a little “long in the tooth”.

Apple has always been a smart marketer. It would make sense if Apple is preparing something new for release.   How many times has Apple reinvented the iPod?  Each generation is different from the previous one.   The same for the iMac.  Yet, the iPhone has not changed.

Could the rumored iTablet be Apple’s next Big Thing combining iPhone, iMac, iPod,  iKindle, iSink and iToaster into an iNetbook?  It makes you wonder … What is Steve Jobs really working on?

4 Replies to “iPhone on Verizon is a Bad Idea!”