The Vanishing Point Filter is another one of those hidden gems in Photoshop.  Basically, you define a 3D-wire-frame and have Photoshop use it as a guide.  Sure, you can Clone in this 3D space, but did you know that you can Copy-and-Paste also?  Take a look at the Before and After pictures below.  I used the Vanishing Point Filter to add the cloud reflections to the windows. 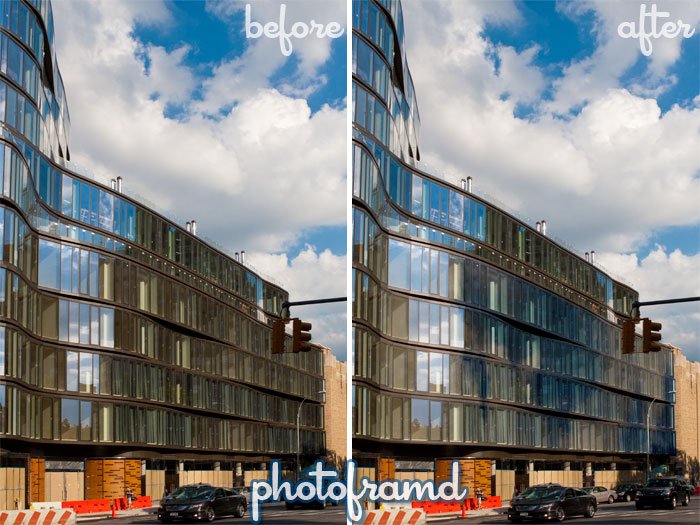 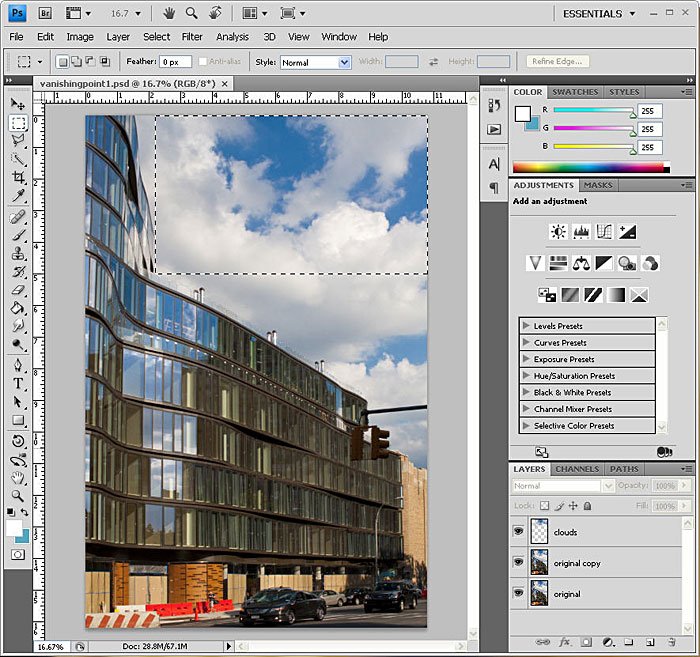 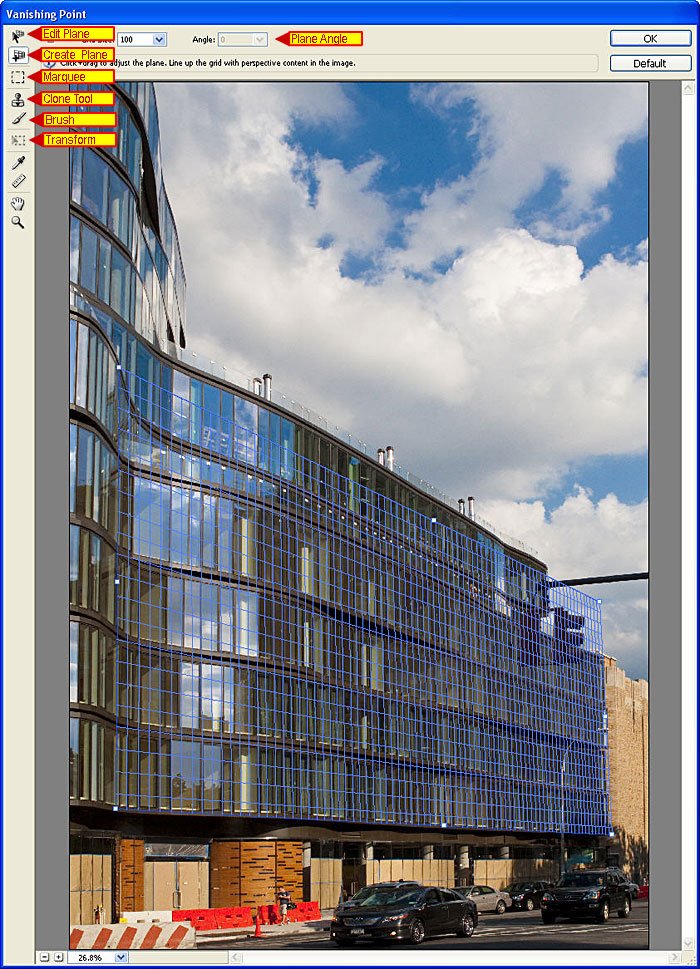 Using the Create Plane Tool, I set four points to define the first plane.  Photoshop automatically defines a grid around these four points.  You can use the Edit Plane Tool to tweak these 4 points. 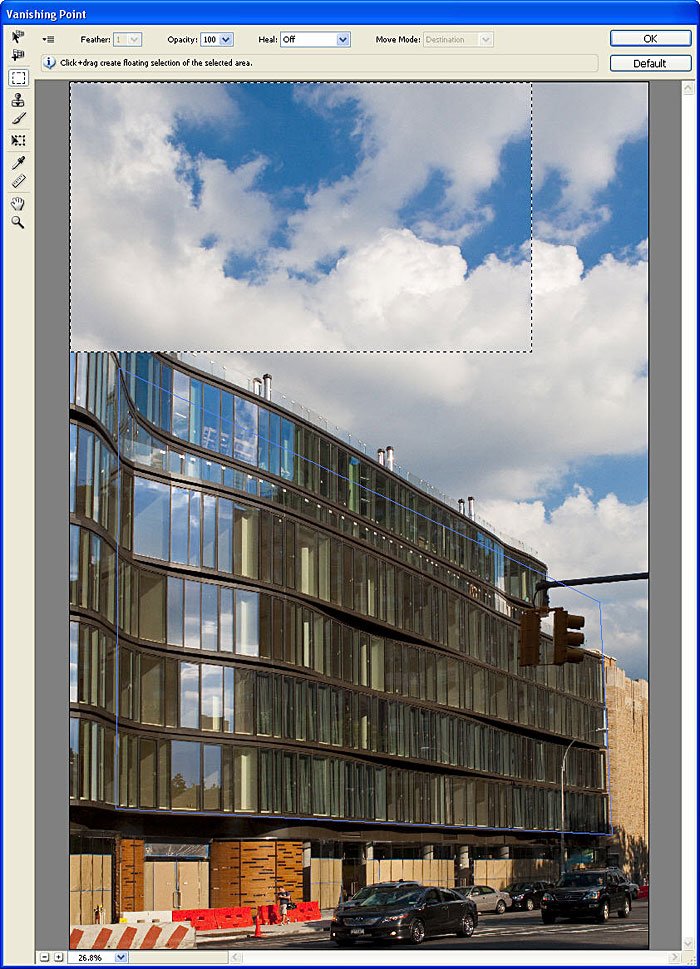 With the Plane defined, simply Paste (Control-V or Command-P) into the Vanishing Point Filter.  The selection will appear as a floating layer in the upper left corner. 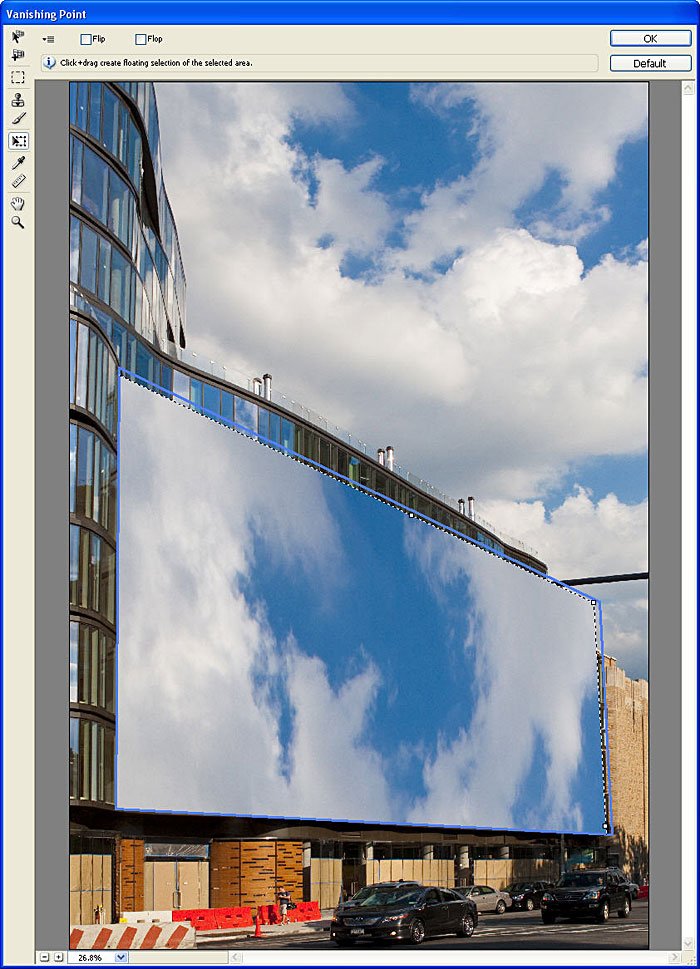 Now, it is just a matter of dragging the pasted selection onto the Plane.  I then used the Transform Tool to edit the selection to fill the Plane.  Once completed, I just clicked OK to apply the Vanishing Point Filter to the duplicate layer. 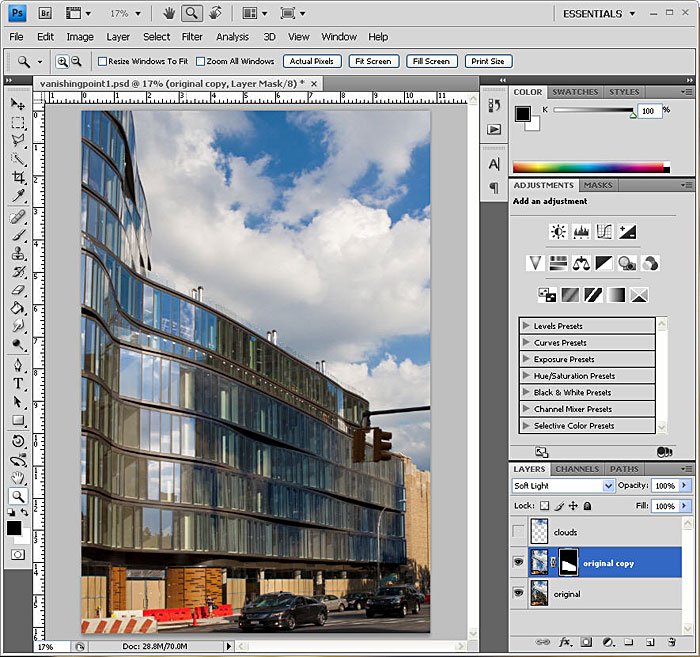 The Vanishing Point Filter does not have Opacity Controls to vary the strength of this tools.  That is why I created a duplicate layer specifically for this effect.  I used the Layer Blend mode to vary the strength of the layer.  Soft Light blending works perfectly to create reflections.  I just fine-tooled the effect by adding a Layer Mask to only reveal the portion covering the windows.

The final effect in very natural.

Tomorrow, I will cover another variation on the Vanishing Point Filter.