As soon as I got my hands on a Canon 7D,the first thing I needed to upgrade were my media cards.  My old 8gb Sandisk Extreme III CompactFlash cards were just not big enough nor fast enough to keep up with the 7D.  Since I plan to experiment with HD video, I was planning on at least 16gb cards, but which ones?  The wrong media card can create a bottle neck to slow you down and your next shot.  With video, it can mean dropped frames and audio drop-outs.

Unfortunately, it is not as simple as comparing the listed speeds on the cards.  It’s more like comparing apples and pineapples; they may both have “apple” in their name, but they are definitely NOT the same.  There is no standardization involving the speed of the cards.  A manufacturer’s speed rating is only a reference for that manufacturer.  A 300x speed rating from SanDisk is not the same as a 300x from Lexar.  So, what can you do? 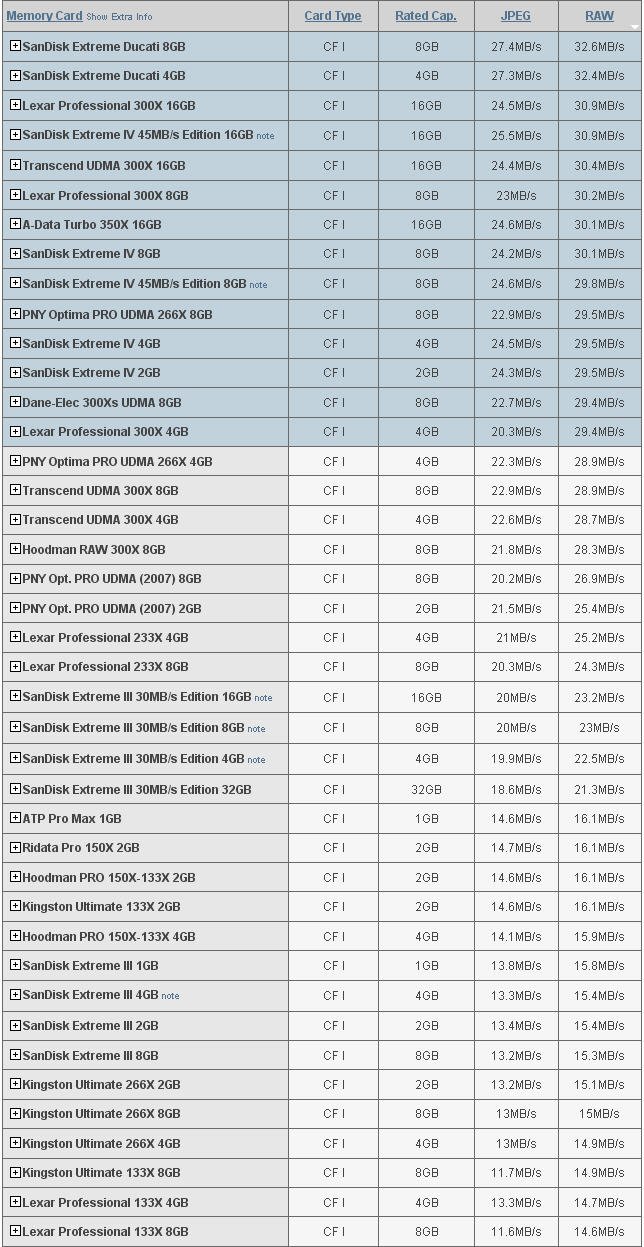 Using this chart, I focused on the following CompactFlash cards:

Each of these cards had virtually the same performance ratings which allowed me to focus on price and availability.  Since the SanDisk cards also had a rebate, I decided on 16gb SanDisk Extreme IV.  This card can hold almost 50 minutes of HI-DEF video or almost 500 RAW images.

I plan on testing the 7D this weekend and posting results next week.