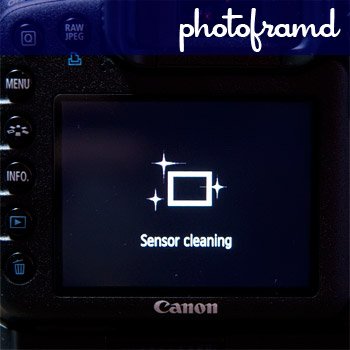 Last week was a crazy week!  So many things crammed into those 7-days.  But, there was one unexpected thing — finding out my Canon 7D had a problem.

The Canon 7D is my 7th Canon camera.  So, when I took it out of the box, I knew what to expect.  However, when I turned it on, it made an odd sound.  It reminded me of a micro-hard drive booting-up … even though the Canon 7D does not have one.  Under more careful inspection, I realized that the “swish tweet” was triggered during the internal sensor cleaning process.  My 40D has a similar sensor cleaner but is completely quiet.  I tested the camera and it seemed fine, but the question lingered.

Last week, when I went to the 7D Class at B&H, I asked Canon Rep Rudy Winston about the sound.  He said that the sensor cleaner is completely silent.  I picked-up each of his three 7Ds and turned them on and off, watching for the sensor cleaning process.  Each of his 7Ds was completely silent.  I then gave him my camera, and he heard the sound.  After repeating the process a few times, he was puzzled.  Ultimately, he suggested that I return the camera since it could be the start of more serious problems.

Thursday was the first day of PhotoPlus Expo.  With a whole crew of Canon personnel attending, I could easily get a second, third and fourth opinion.  I started with the EOS reps at the counter. After picking up a few of the 7Ds on display, I found each one to be silent with no tweets.  I asked one rep and he agreed that it should be silent, but recommended that I check with Canon Professional Services (CPS) downstairs.  This group of trained technician would know the definitive answer.  They confirmed Rudy’s diagnosis — it should be silent and it could be the start of something worse. Return it!

Now, I am very concerned.  I have had my 7D for almost a month and I was not sure about Adorama’s return policy.  Is there a restocking fee?  Would they make me go through Canon for a repair??  But wait … Adorama is at the show too!  I walked over to the Adorama booth and just happened to speak with Julio Figueroa, one of Adorama’s Pro Service Reps.  He said, “Don’t worry … just bring it back.”  Wow!

They continues to surprise me. Adorama is a big store that acts like your neighborhood store. Every customer receives personalized service.  It’s very refreshing.  Nothing like the Disney-lines at some other NYC stores.