Adobe’s Camera Raw 5.5 does not officially support the Canon 7D.  However, it will open the RAW files and allow you to bring them into Photoshop CS4.

I have noticed that some of the image look different then when I preview them on the Canon 7D, so I thought I would compare the Raw file in Canon Digital Photo Pro 3.7.1.1 (DPP which ships with the Canon 7D) and Adobe Camera Raw 5.5.  The test image was shot with the Canon 7D using EF-S 17-55mm f/2.8 lens, at 1600 ISO f/11.0 for 2-second exposure.  The same RAW file is used with the default settings in both programs.

I expected some differences in color processing.  What I did NOT expect was Camera Raw adds noise to the RAW files! Take a look. 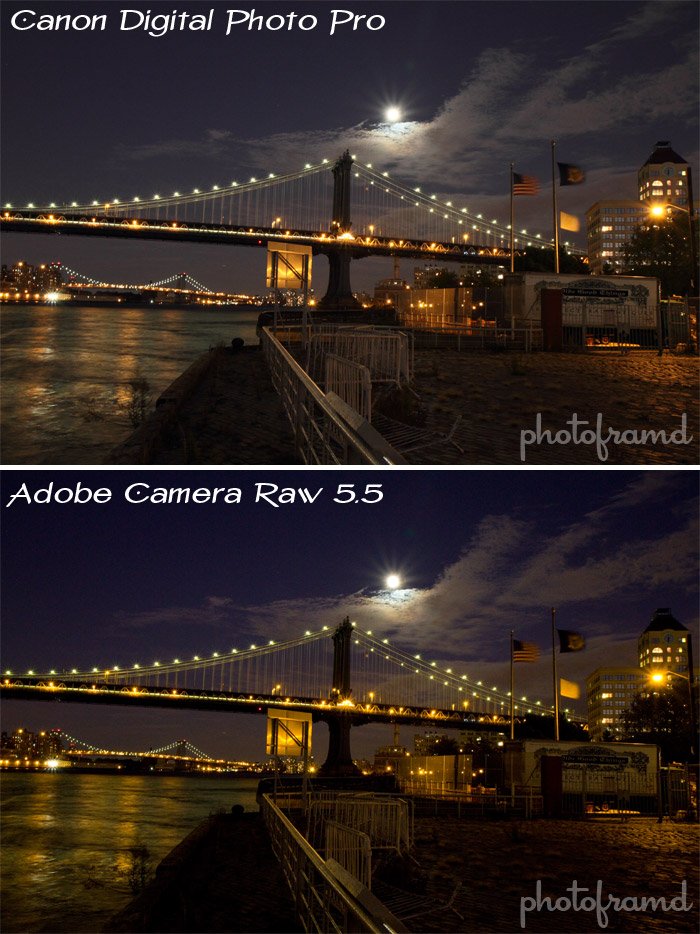 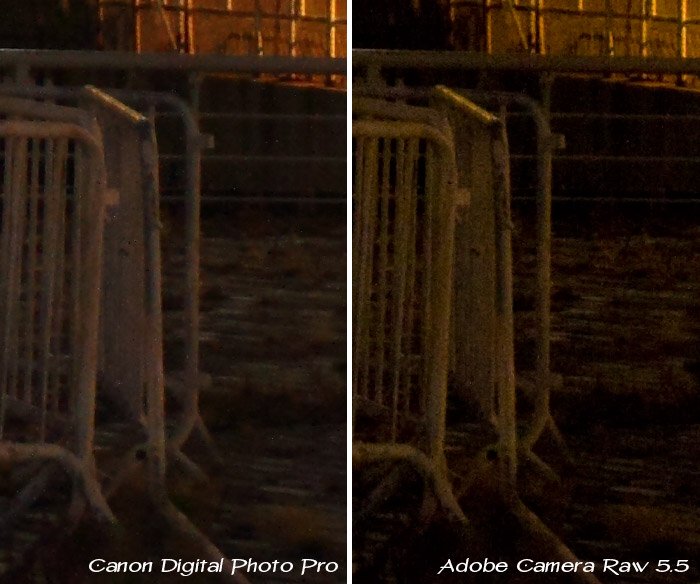 You may be able to live with Camera Raw’s processing at the lower ISO.  But, for higher ISOs, you will either need to use Canon’s DPP or a noise-removal plugin like Topaz DeNoise.