I was furious yesterday!  For some reason, YouTube pulled my latest video, Christmas in New York City, without explanation or notice! I looked around YourTube for a Contact email or phone number, but could only find a general email address which sent an auto-reply to directed my to a page that does not exist.  The Xmas video contains all original video which I personally shot with the Canon 7D.  Even the background audio was a royalty-free clip which I purchased from iStockphoto.  I was so furious that I signed-up with Vimeo! 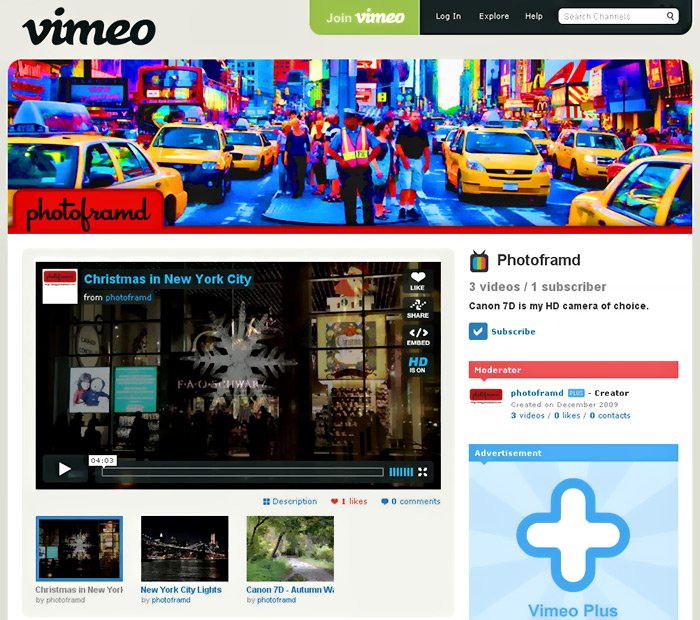 NOTE: 12StarsMedia just pointed out that YouTube did release the 1080p viewing.  However, you need to watch the video directly, not in a Channel.  You will see an UP arrow next to the HD button to change the view from 720p to 1080p.

I uploaded and converted 3 videos on Vimeo in my Photoframd Channel.  Let me know what you think.

Christmas in New York City from photoframd on Vimeo.

4 Replies to “Vimeo or YouTube? Is there a difference?”