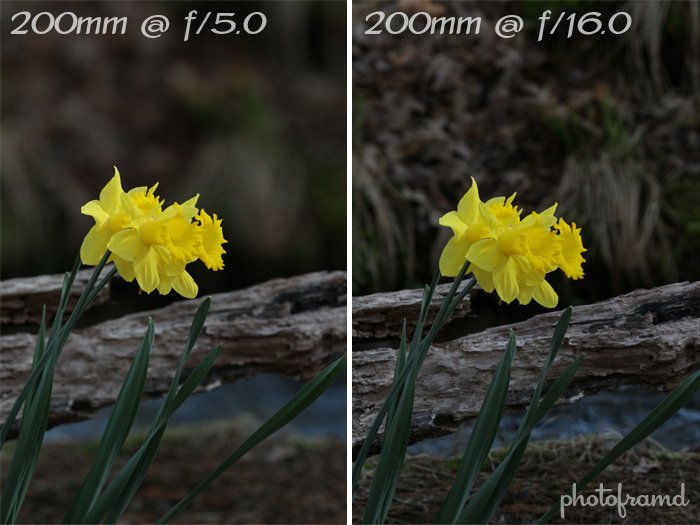 Take a look at the above photos.   Both photos were shot with my Canon 7D and the Canon 100mm-400mm L lens at 200mm and 1/350 shutter speed.  The only difference was the f-stop.  Even an f/5.0 f-stop can produce a great blurred background (bokeh) when the lens magnification is high enough. 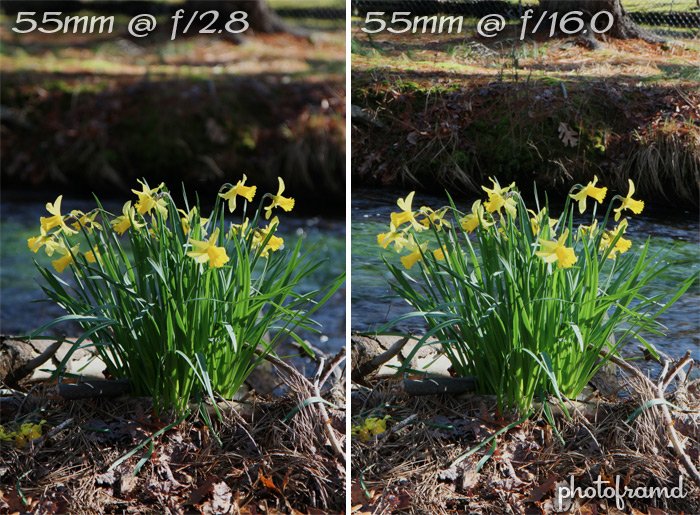 Spring flowers are just starting to bloom, so experiment with this simple formula:

You can produce a pleasant blurred background even with a f/5.0 f-stop when the magnification is high enough.  Now you might be asking, what would happen if you had a faster lens like the Canon 85mm f/1.2 L?  The wider f-stop would produce a smoother blurred background.  (Take a look at the bokeh comparison in my review of  Sigma’s 50mm f/1.4 lens.)  But, don’t let that stop you from being creative with the lenses that you already have.