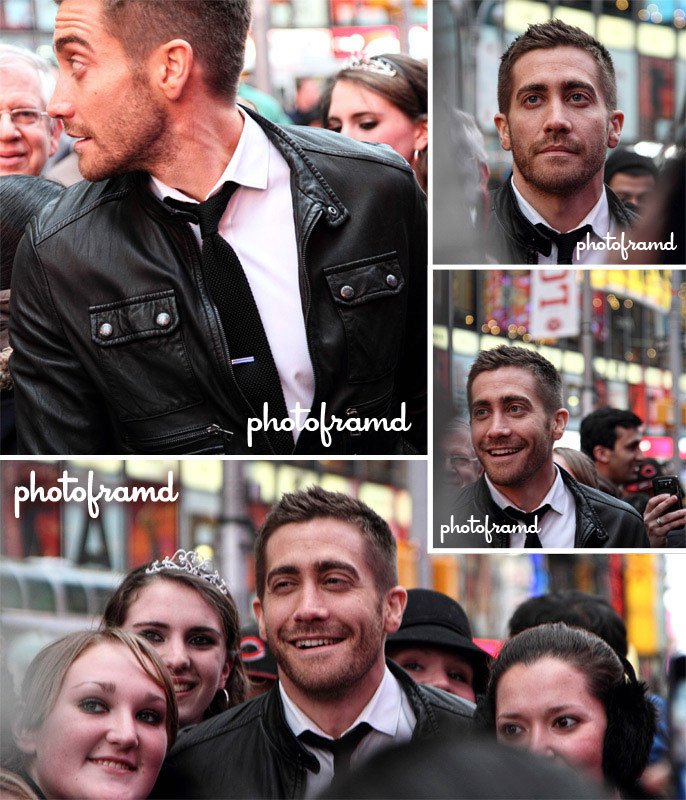 I was practicing video stabilization for an article in NYC.  I was headed towards Times Square, looking at the LCD on my Canon 7D and occasionally traffic.    I was following two women and trying to keep the camera as stable as possible.  The three of us turn the corner and were now standing in Times Square.  All of a sudden, I saw the two women stop dead in their tracks …  and then ran over to the growing mob across from MTV.   I walked over to see what is going on.  And there, in the center of the mob, is Jake Gyllenhaal. It’s a photo shoot for GQ.

I made my way over to the photographer who was standing on something.   It was Peggy Sirota snapping while trying not to get knocked over by the crowd. I moved next to her and start snapping my own photos of the scene.  Her photos appeared in the May 2010 issue of GQ, but  I like mine better 😉

Jake was  a very good sport with all the fans.  He was completely surrounded.  He was having a good time and seemed to enjoyed the experience.

NOTE: These images have been copyrighted with the US Copyright Office.  Do not even think about using them without my permission.  Hi-Res images are also available.