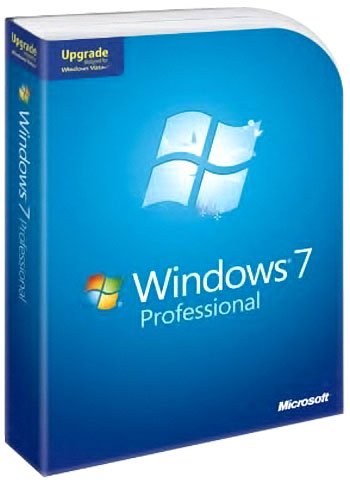 If you have been following my blog, you know that I have been very happy with my workstation running XP64.  It has been stable and over the past, 5 years, it never crashed.  When Microsoft first announced Windows 7, I had no real intention of upgrading my workstation.  But, I did buy the Windows 7 upgrade when Amazon had the $100 off promotion … just in case.

Well, that “case” happened this week when I received my Adobe CS5 Master Collection.  After looking at the literature, it clearly stated that Premiere CS5 and After Effect CS5 would NOT support XP64 even though it is a 64-bit operating system.  Adobe decided to only support Vista 64 and Windows 7 64.  All other operating systems would have to run the older CS4 versions of Premiere and After Effects.

Windows XP64 has long been the disowned child of Microsoft, even though it was a close cousin to Vista 64.  As long as Vista 64 was supported, my XP64 workstation was just fine.  Whether it was laziness by Adobe or the pending death of XP, my stable XP64 was suddenly on its way out.

I have two RAID arrays on my workstation: one is a RAID1 boot array and the other is a 1-terabyte RAID1 data array.  I wanted to wipe out the boot hard drives to start clean, but I needed to protect my data hard drives array.  I started the 2-day task of backing-up the data to DVD DLs.  I actually ran out at one point – that’s a lot of data!

With the back-up completed, it was time to start the Windows 7 upgrade.  Now, I have upgraded PCs before and a clean install has always been the preferred method.  It does force you to reinstall you programs, but it was always the most stable environment for Windows.  I assumed that it would be the same for Windows 7.  In fact, the back of the Windows 7 box clearly states that “If you are upgrading from Windows XP, you will need to back up your files and settings, perform a clean install and then re-install your existing files, settings, and programs.”  What the box did NOT say was that Windows 7 does NOT like being installed on a 5-year old RAID device.

Since I have two RAID devices in this workstation, I want to research as much as I could before starting the process.  I first called Microsoft.  Even though I purchased the Windows 7 Professional upgrade, Microsoft does not train their dedicated Windows 7 Upgrade Team on RAID devices! I placed several calls to the Windows 7 support line and received a wide range of responses from their off-shore team.  In fact, one Microsoft rep actually recommended that I disconnect the 1-terabyte data array before I started the upgrade! When I told him that disconnecting the RAID device could damage the array and make it unstable (or unusable), he put me on hold for about 10-minutes.  After consulting with his “team”, he agreed that disconnecting it was not recommended.  Hmmmmm …. In fact, the best advice Microsoft had for me was to call Dell.

My workstation is a Dell Precision 670 and I ordered it with the Sata RAID drives.  Even though I had Gold Support on the workstation, but assumed that Dell would just say that they were not responsible for an upgrade to Windows 7.  I made 3 calls to Dell.  Two of the techs were fantastic.  Only one gave me the “not my job” line.  The Dell techs admitted that Dell has not tested the Precision 670 with Windows 7 yet. But, they were keeping track of such discussions on various forums.  Dell actually warned me that there was no Windows 7 Driver for my Adaptec HostRAID Controller yet, but they did know of the solution floating around the forums (thread 1 and thread 2 – both providing the same remedy):

From this point on, Windows 7 has been working perfectly.  I installed Adobe CS5 Mast Collection and actually noticed a real performance boost in Photoshop CS5.  As for the 1-terabyte data array, I just installed the Windows 7 driver for it and found all of my data intact!

More on Adobe CS5 next week!