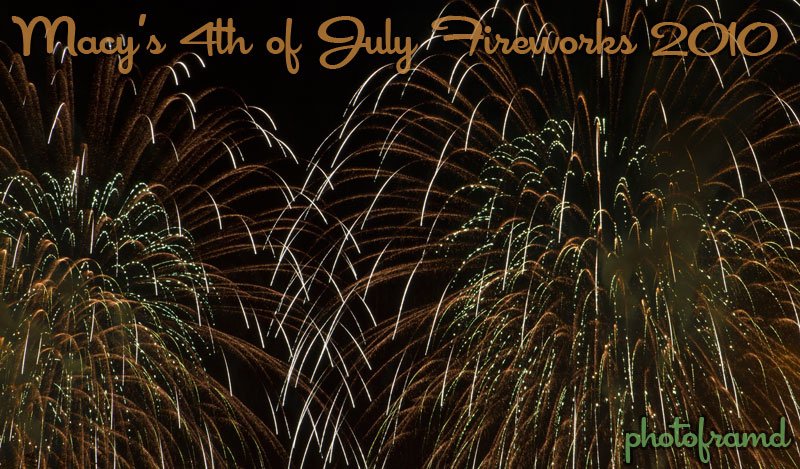 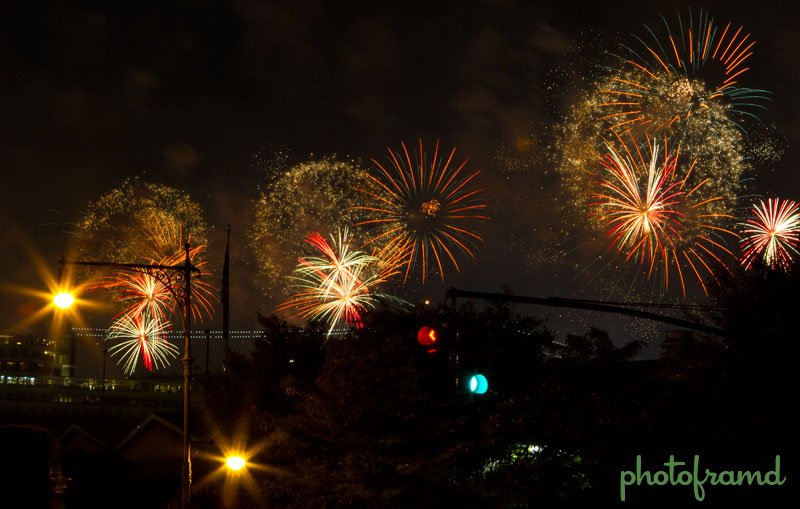 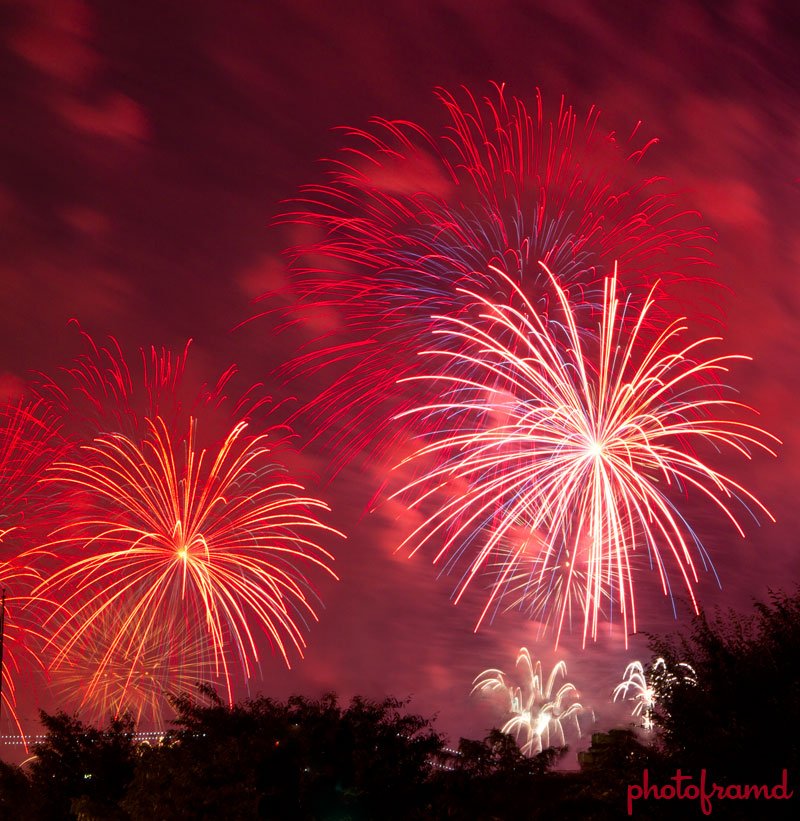 Normally, I avoid the big fireworks displays in favor of the smaller ones.  Less people usually provide better photo opps.  This year I decided to go to the big one – the Macy’s NYC Fireworks on the Hudson River!

I was at 42nd St and 10th by 8PM and I thought I had plenty of time.  But, the police had already closed off the street.  Not good.  I kept walking further uptown.  Street by street filled to capacity.  I eventually found a lull in the crowd around 57th St.  The police had already closed the West Side Highway, so no water shot.  At least there was a good view of the sky from a few different angles.  I spotted one person with a tripod standing in a bush.  Good idea!  He had a Canon, so I knew he was a decent person 😛 I set-up right next to him. It was his first time photographing fireworks and I helped him with his settings.  (See my article on how-to photography fireworks.)  We both captured some great shots!

One interesting note – I walked by many people looking for my spot.  Of the people that had SLRs, only a handful had Nikons.  Almost everyone had Canons SLRs. Quite a few Canon 7Ds and 5DIIs and a good smattering of Rebels.  That really surprised me.  I did see quite a few Coolpix, but really do those count?  They probably were using their flash too 😛