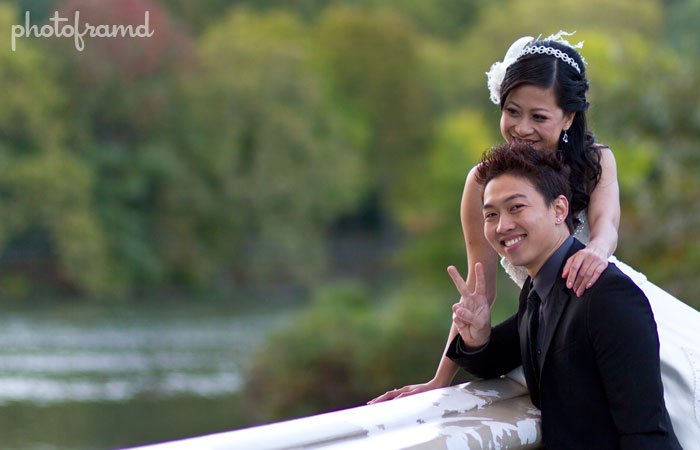 The Sigma lens is lighter which makes it easier to handle.  In testing it on my Canon 7D, I found it to focus just as fast as the Canon 85mm f/1.2 L lens.  Sigma also includes a unique 2-part lens hood with this lens.  The standard petal hood is for use on a camera with a full-frame sensor.  For APS-C cameras like the Canon 7D, Sigma includes a lens hood extender (also included) which attaches between the standard lens hood and the 85mm lens for additional glare protection.  It’s a great idea that avoids hood vignetting on full-frame cameras like the Canon 5D Mark II.  Just like Sigma’s wonderful 50mm f/1.4 lens, this 85mm lens takes 77mm filters.  (Both the Canon 50mm f/1.2 L and the Canon 85mm f/1.2 take 72mm filters – which always annoyed me.)

But, any lens is only as good as its optics.  And, the Sigma performs just as well as the Canon L.  Take a look: 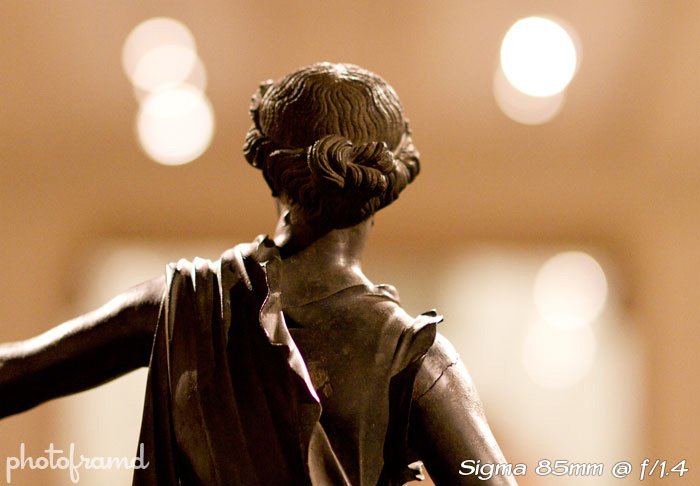 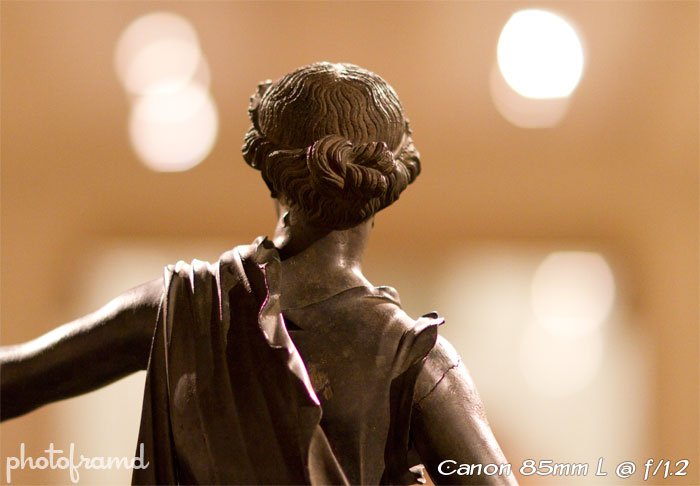 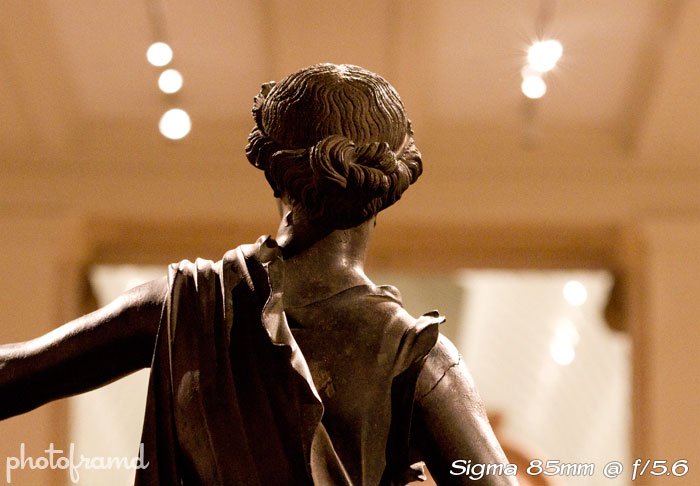 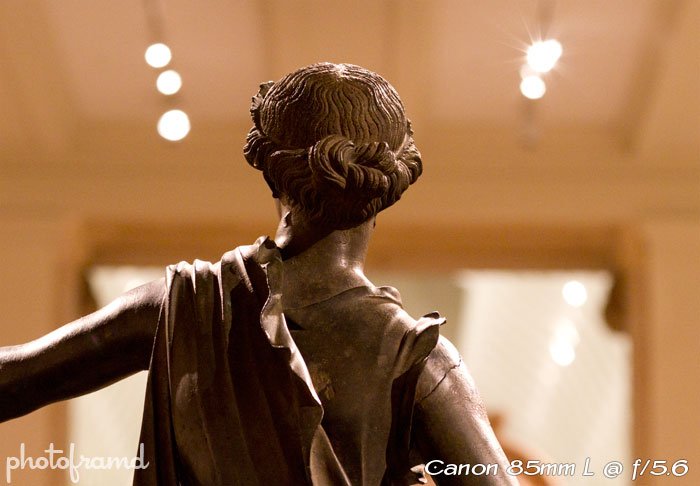 The Sigma 85mm produces beautiful bokehs just like the Canon 85mm L.  Both lenses are sharp producing images with great color and details.  Comparing the above images, it is really tough to tell which lens produced which image.  One thing you will notice is that the Sigma 85mm at f/1.4 produces a sharper edge than the Canon 85mm L at f/1.2.  This is to be expected, but bares saying. 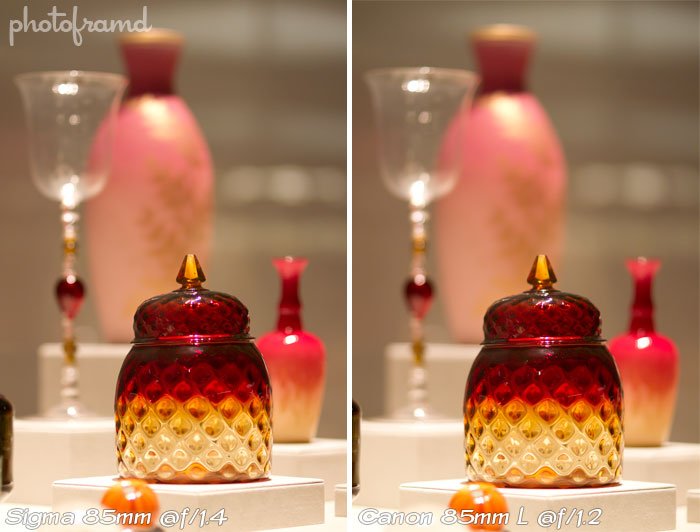 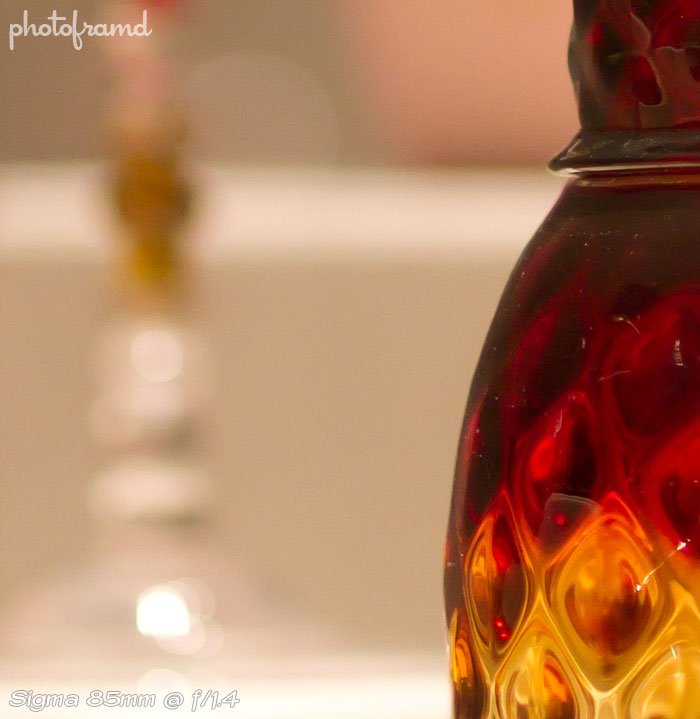 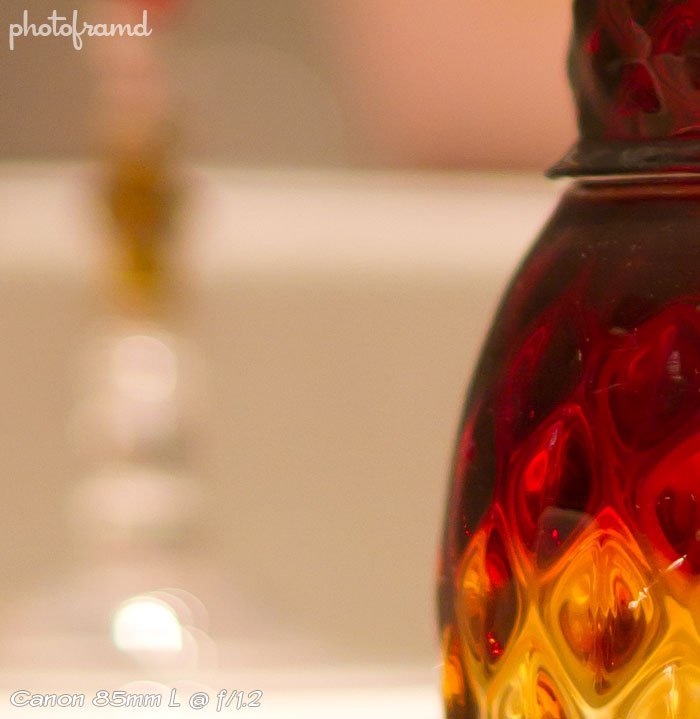