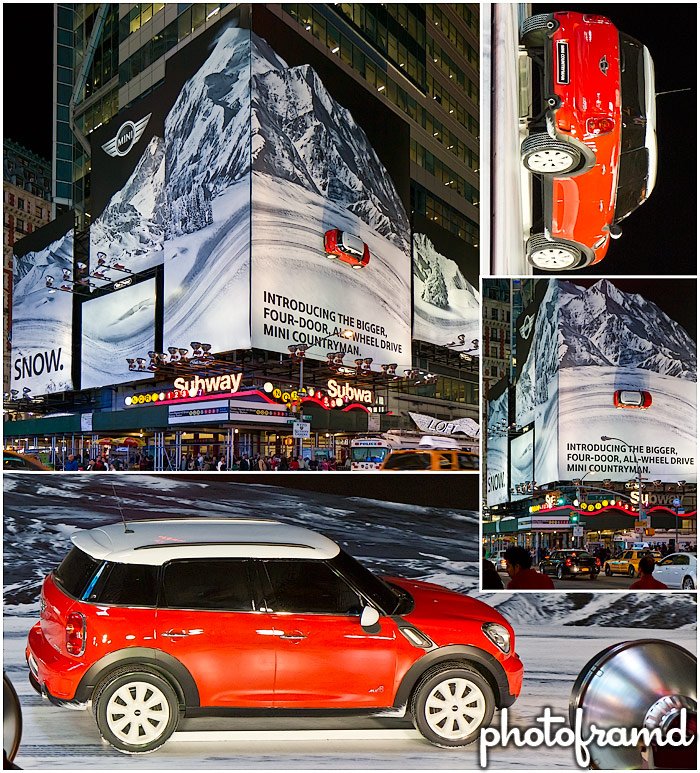 To promote the new 4-door Mini-Cooper Countryman, the company has created several impressive stunts around New York City.  Did you see the Mini-Cooper Snow Globe opposite Macy’s Herald Square (with a real car inside)? But, this billboard tops them all.  In the spot previously held by Target’s Holiday display, there is a wrap-around billboard with a full-sized Mini-Cooper Countryman attached.

Even though it snowed yesterday, it is technically Spring.  So, I am not sure how much longer this billboard will be on display.  If you are near Times Square, be sure to take a look.