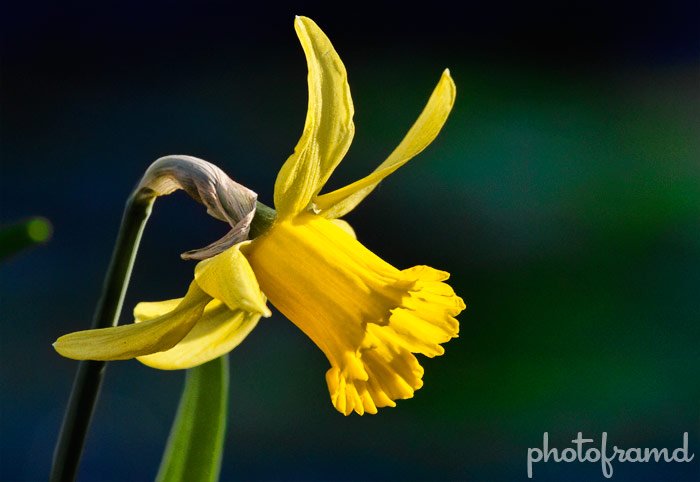 I had an interesting chat with a fellow photographer on Facebook.  Both of us are Canon 7D users.  She said that another photographer, a Canon 5D Mark II user, was explaining to her that she would not be able to get as close with the 7D as she could with the 5D Mark II.  This photographer was insistent that the crop sensor altered the minimum focusing distance of the lens.  Really??

A camera with a crop sensor (like the Canon 7D) will cause a multiplier effect on the focal length of the lens. All other aspects remain the same.  The Canon 7D, as well as the 60D and Rebels, have a 1.6x multiplier effect on the lens.  For example, that same Canon 85mm f/1.2 II L on a Canon 7D will appear to be equivalent to a 136mm lens on a full-frame sensor like the Canon 5D Mark II.  But, the minimum focusing distance remains the same 3.2 ft.  This multiplier effect is really impressive when you attach a super telephoto.  Just image using a 500mm lens and achieving the reach equivalent to an 800mm lens!  Now that’s really impressive.

So, what can you do if you want to get closer than the minimum focusing distance? You could switch lenses.  Or, you could use an extension tube or close-up lens.  Both options are great for macro photography.  Take a look at the articles below for more info.