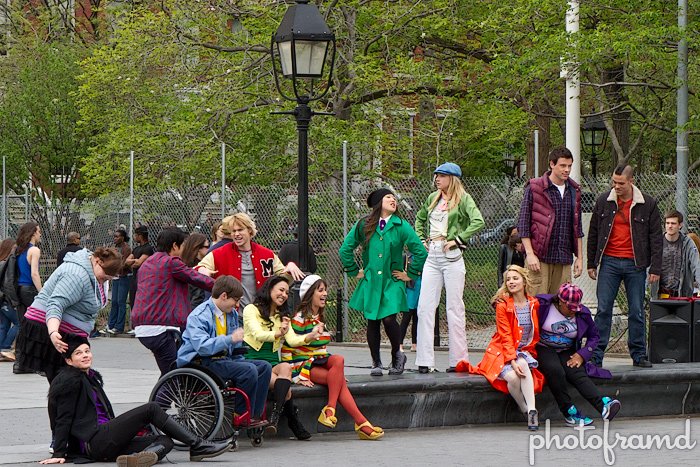 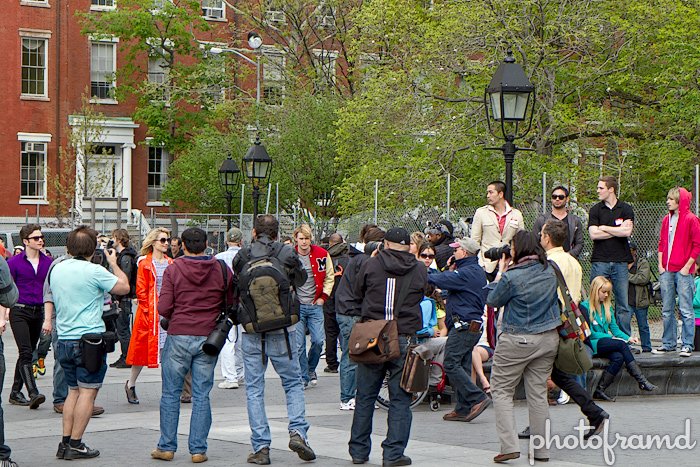 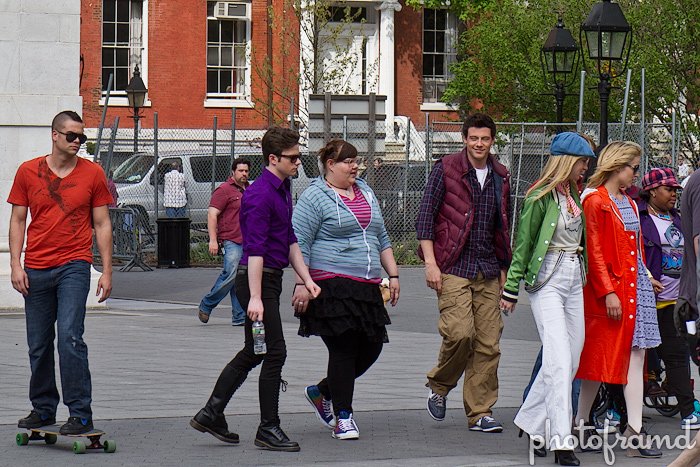 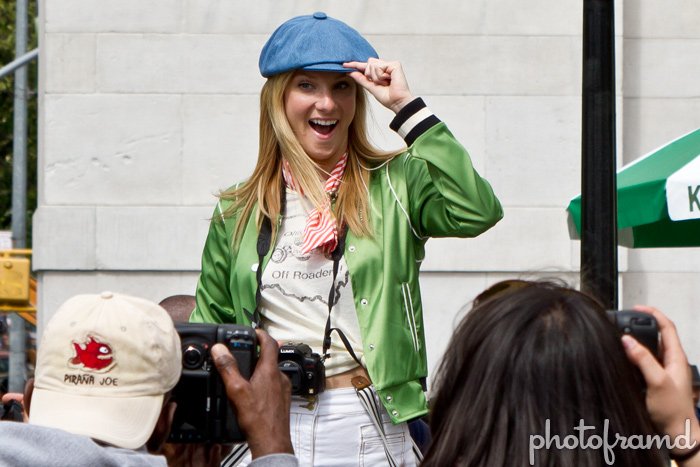 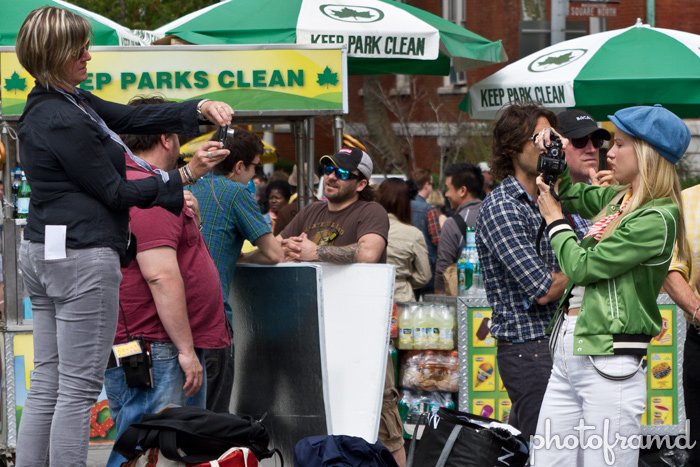 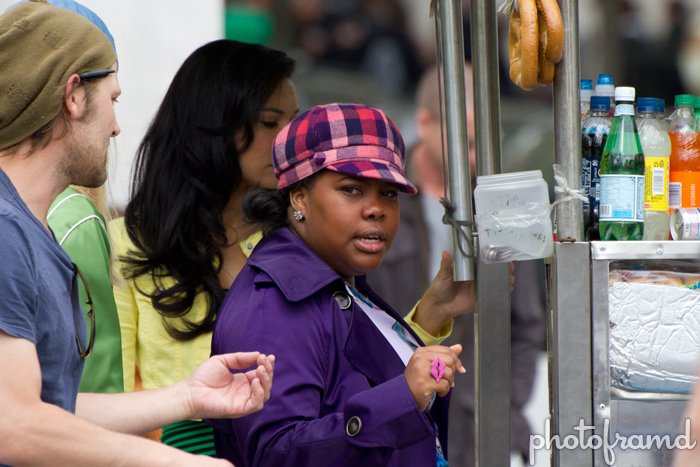 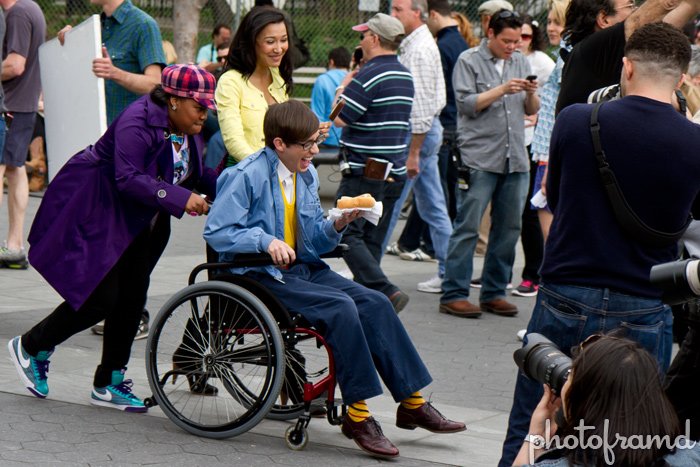 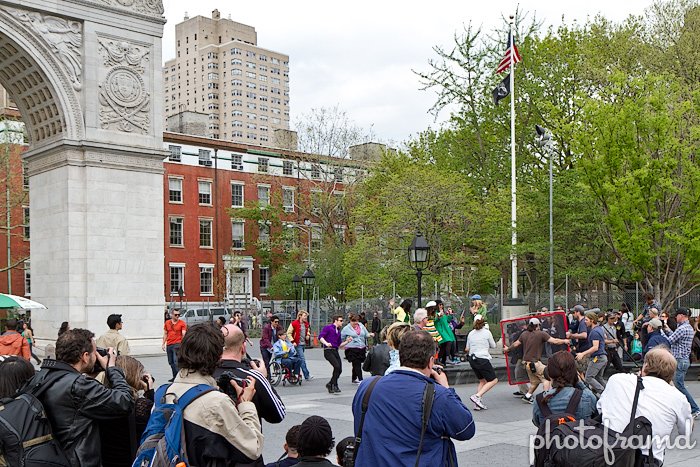 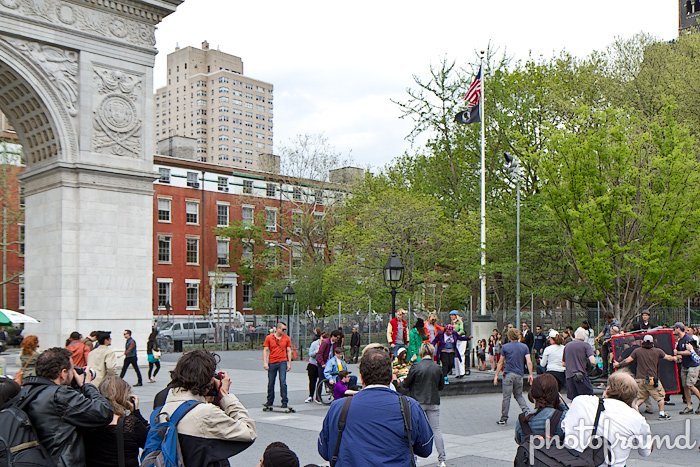 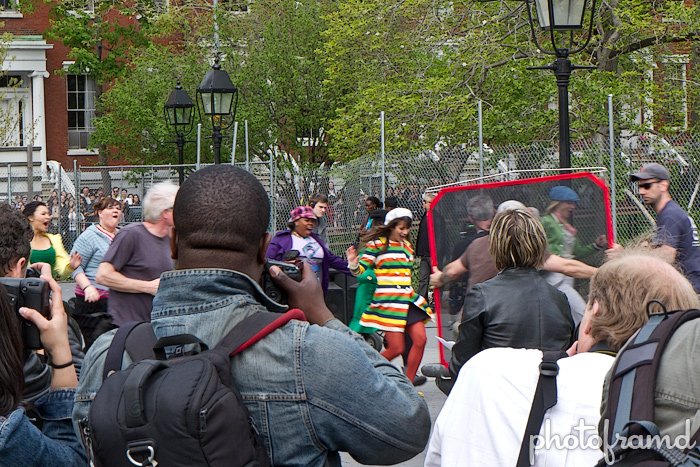 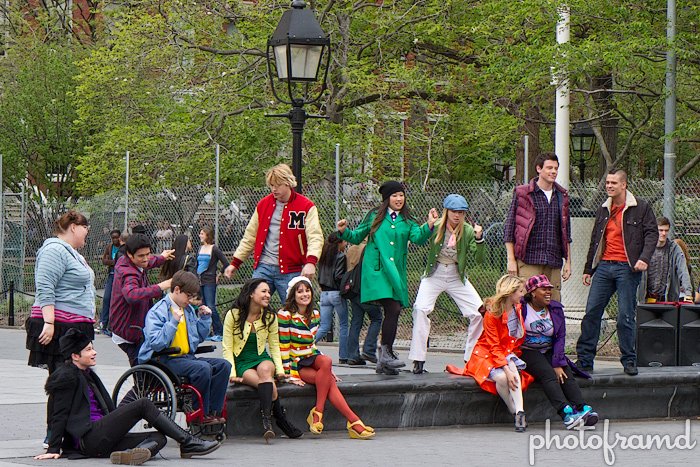 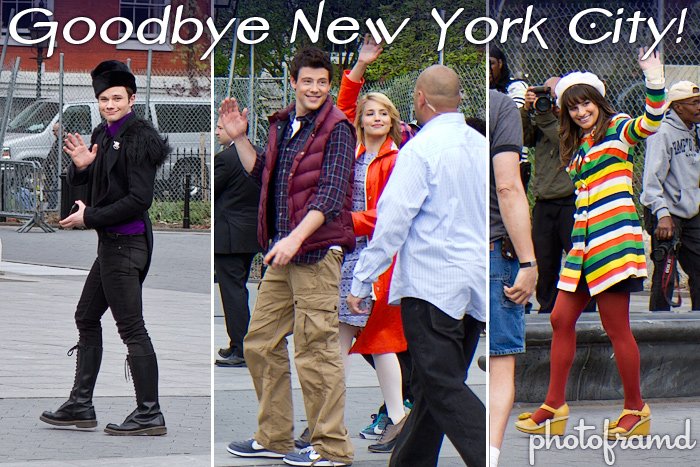 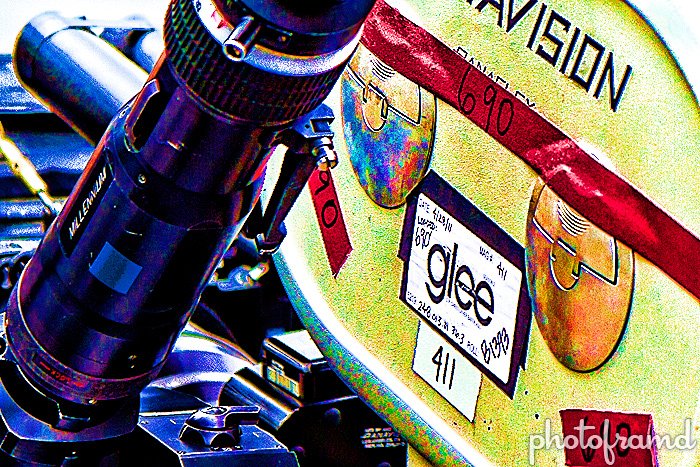 Friday, April 29th was the last day of filming in New York City for the cast of Glee. Everyone seemed to know about the Washington Square shoot.  It could be a result of the open casting call for extras or everyone on Twitter tagging #GleeinNYC whenever they spotted the Fox signs.  There were certainly many fans and photographers that wanted to get one last look at the Gleeks.  (I think the photographers were just as crazy jumping over each other.)  But, it’s a wrap.  The only thing left is to wait for the season finale to see all these scenes put together.  Can’t wait!