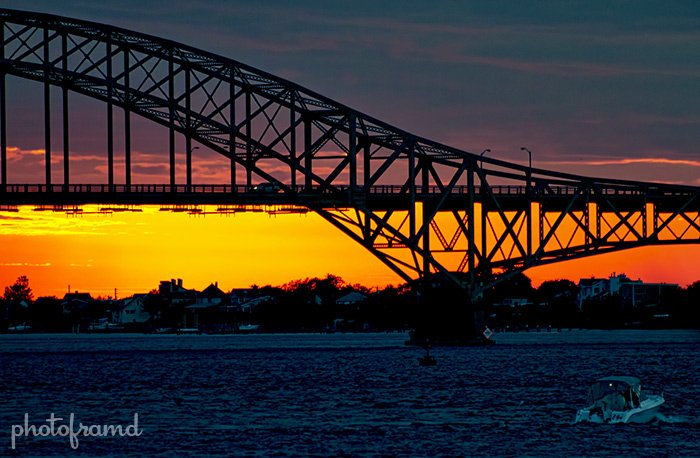 I spent Saturday at Robert Mosses State Park, right near where they were filming Men In Black 3.  The massive tents for MIB3 are still standing but no activity.  I did bring my camera, just in case.  At least it was a beautiful day.

Since it was so nice and I had my camera gear, I thought I would shoot an HDR of the sunset on the beach.  But, as the sunset approached, I realized that the sunset would not occur on the beach.  (At least it did back in the winter.)  So, I got in my car to switch to the opposite shore and parked with a great view of the sun and the bridge leading to the park.

The sky was clear all day with just the right amount of puffy clouds for a great sunset.   Accuweather predicted a clear night too.  Unfortunately, as the sunset approached, a massive cloud front moved it to obscure the view.  Take a look at the following picture. 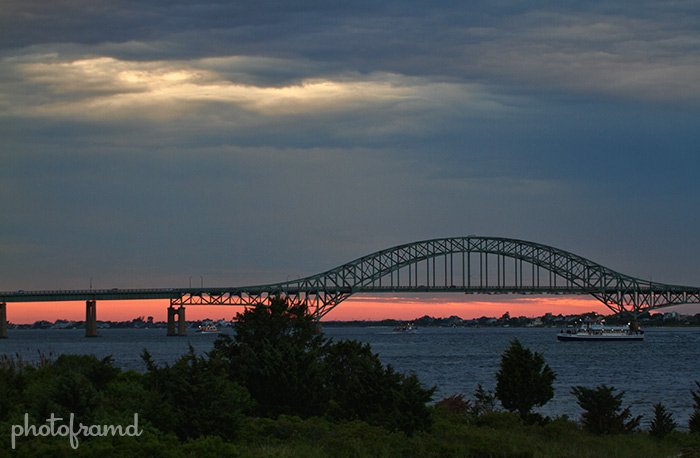 That tiny sliver of sunset was all I was going to get.  Thankfully, I still had my Sigma 50-500mm lens in my bag to save the shot.  I was able to zoom into the sunset area and take several photos for an HDR series. 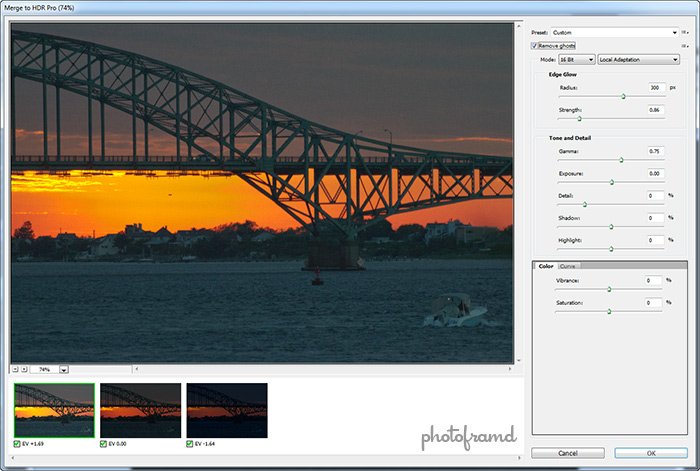 The first photo in this article was created in Photoshop CS5 using Merge to HDR Pro.  CS5 is still is my favorite program for HDR because of its superior ghost handling.  The three shots were taken with the Canon 7D and the Sigma 50-500mm with +/- 1.69 compensation.  The shots were combined with the “Flat Preset” and checked to Remove Ghosts.  Once finished, I tweaked the composite image using Topaz Adjust 4 to boost the colors.  Here is another shot from the same sunset.  You can see part of the sun is obscured behind the massive cloud front. 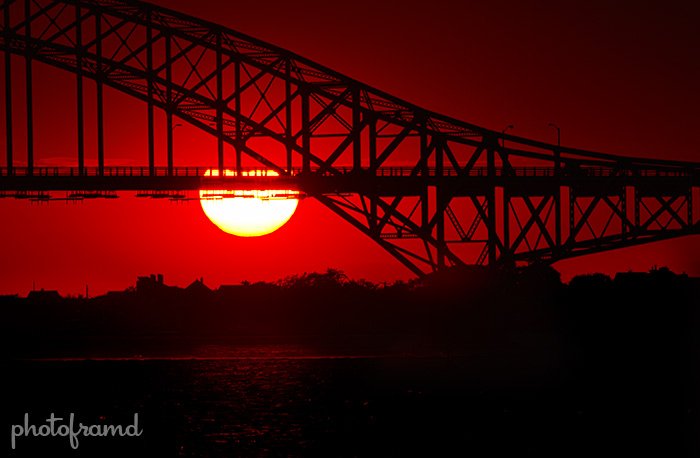 I did go back on Sunday to see if I would have any better luck.  Accuweather did predict showers, but it looked pretty clear in this Bizzaro World beach.  I am glad I did and brought along the Sigma 50-500mm again.  This is much closer to the sunset I was expecting.  But, I like my Reluctant Sunsets just as much. 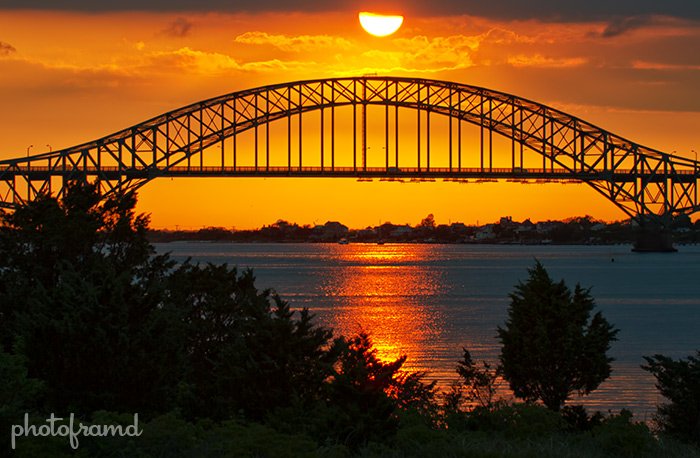 Taking the photos and merging them in CS5 is only the beginning.  Topaz Adjust 4 really adds the punch to enhance the final composite image in a realistic way.  More on using Topaz Adjust later this week…