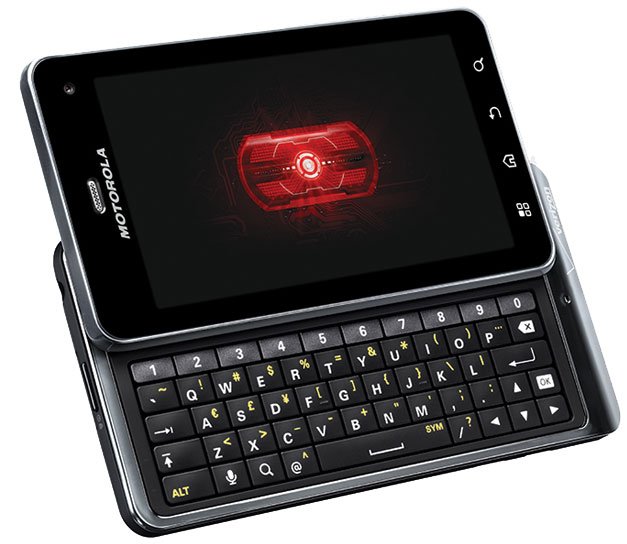 This is a tale of my sister and her quest for a new smartphone.  She loves my Samsung Epic 4G and has been waiting for the new Samsung Galaxy II phone to be released in the US.  Although she has been a loyal Verizon Wireless customer, she was willing to switch carriers to get the phone.  With no formal announcement and her old phone on its last legs, she decided to settle on the Motorola Droid3.  (She insisted on a smartphone with a real keyboard.)  She heard about Verizon’s pending change to their data plans and was concerned about her eligibility.  She ordered the phone direct from Verizon Wireless’ 800 number and was told that she would be grandfathered into the Unlimited Data Plan.  She was really excited about getting her first Android phone.

She received her Droid3 last week and actually likes it.  She is not the easiest person to please  😉 That is … until she checked her Verizon Wireless online account.  It said that her new smartphone was assigned the 2GB Metered Plan.

She checked the invoice that came with her new phone and it clearly says “Data Package Unlimited-Email   $29.99” (See below). 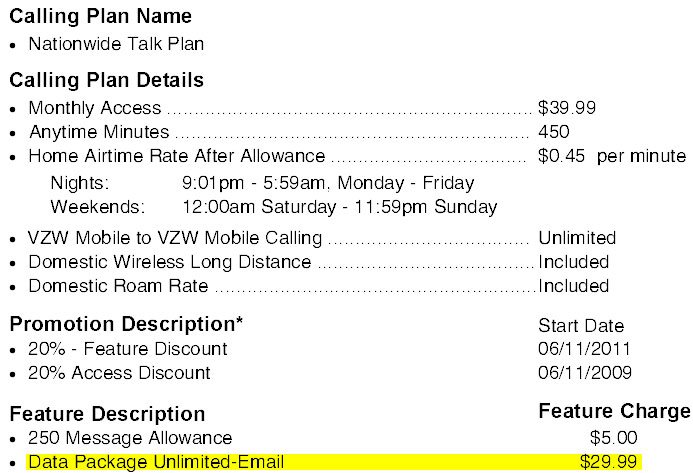 And, her monthly bill in her Verizon Wireless online account also shows it. In fact, it shows that she pre-paid a month in advance for the Unlimited Data Plan: 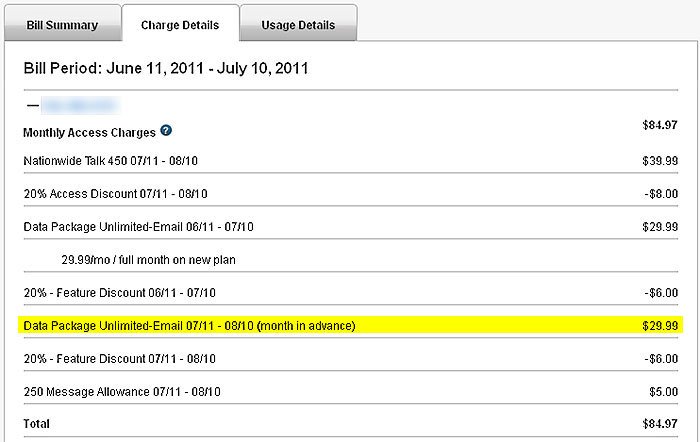 Thinking that this was a simple error, she called Verizon Wireless to “fix” her account.  Five calls later (including one to a very nasty “Supervisor” by the name of Natashia who would not give her last name), she was told that the Unlimited Data plan was applied to her old “feature” non-smartphone and NOT her new Droid3.  When she activated her new Droid3, the Unlimited Data Plan was not compatible with her new smartphone phone (because it is a different code) and it was reassigned the 2GB Metered Plan.  The fact that she purchased the new phone with the Unlimited Data Plan does not matter!  The fact that all of her documentation from Verizon Wireless verifies that she purchased the new phone with Unlimited Data Plan does not matter!  It’s a different code which is no longer available in the Verizon system and can not be “fixed”.

Needless to say, my sister is not very happy right now.  She has been a loyal Verizon customer for over 15-years and will likely return her phone and switch carriers.  If you recently upgraded your phone, check your plan very carefully.  You also may have a “surprise” hidden in your Verizon Wireless bill.

NOTE – Take a look at the new clause in your Verizon Wireless Bill:

Verizon Wireless is updating several provisions of your Customer Agreement: (i) If you start a new contract term after July 6, 2011 and change devices or receive a Service promotion, you may be required to change to one of our then-current plans…

This translates to an end of grandfathering when you upgrade your phone!  You have been warned.