Home »General Life»Twitter – Join the Conversation during Live Events like the Grammys, Oscars & Other Award Shows 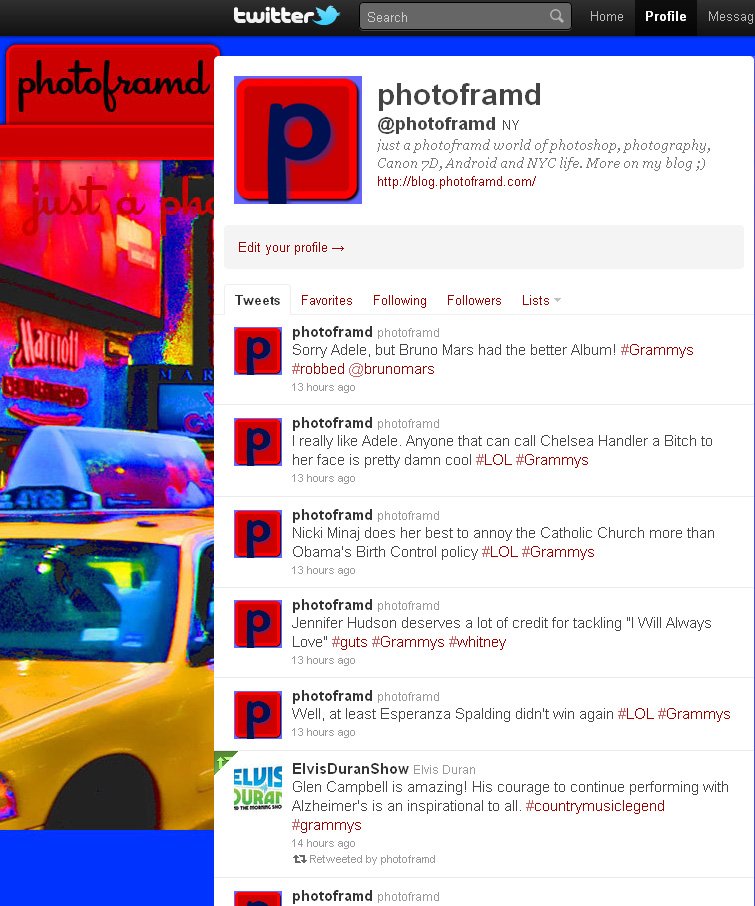 Did you watch the 2012 Grammys? Did you think about jumping on Twitter while you are watching?

Unless you are attending an awards show, the next best thing is to read Twitter for the live comments during the broadcast.  You can read the comments by the celebrities at the event (or at least their paid PR team).  But, it’s also a great way to connect with other people watching and share the experience.  Did that person deserve the award?  Did you like that performance? Can you believe what she is wearing??  All of that and more is flowing real-time on Twitter.  (You can also bet that celebrities have their “people” monitoring Twitter for comments as well.)

During the event, do a search for the event’s name and look for the common hashtag.  Most people that want to be a part of  the collective conversation will include a specific hashtag (# + term with no spaces).  For the Grammys, the hashtag was #Grammys.  Since Fashion Week is happening now in New York City, you can follow that conversation by #NYFW.  Capitalization should not matter, but can interfere when there is a large volume of tweets flying around.  The Oscars are always a great event to comment on Twitter!

Did you see the extended version of the new Elton John Pepsi commercial during the broadcast?  It shows a woman in the Royal Court writing the short note “Jester is lame #jesterfail” on paper and then attaches it to the leg of a blue bird.  When she releases the bird, Elton asks what she is doing and she replies, “I’m tweeting.” #LOL