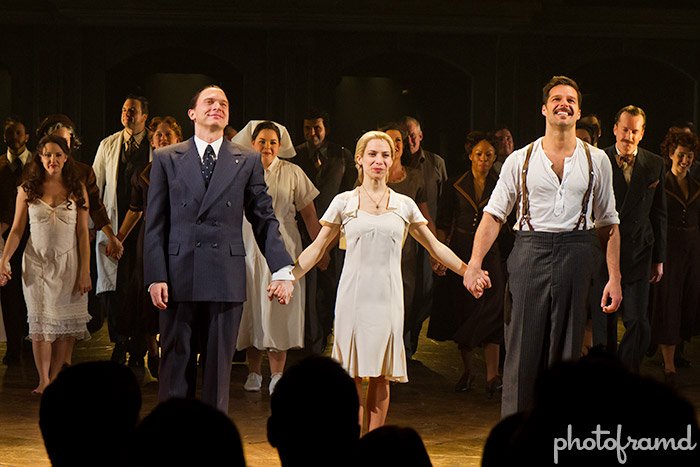 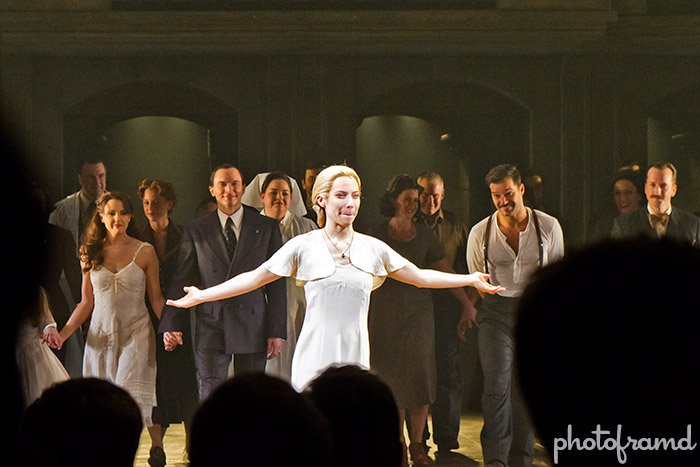 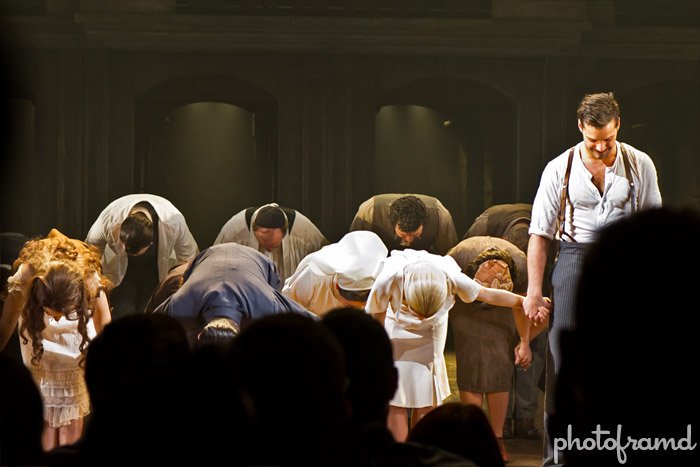 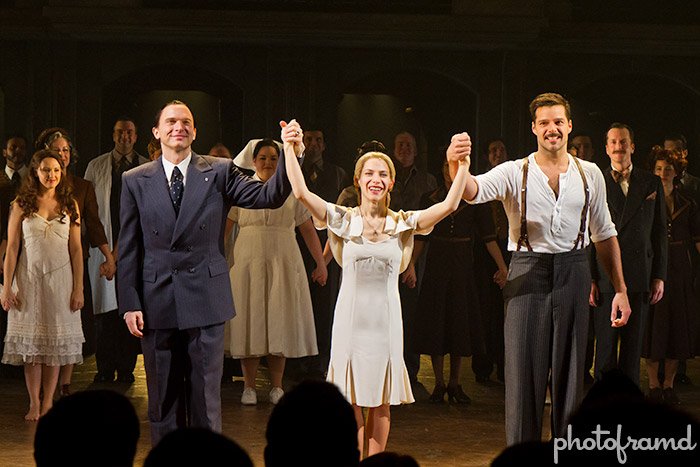 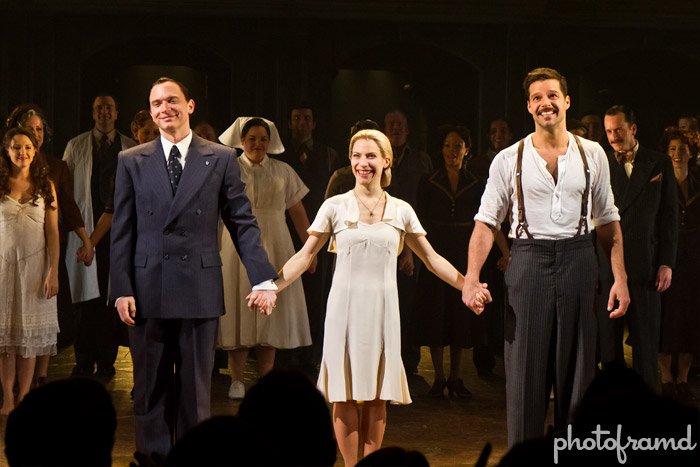 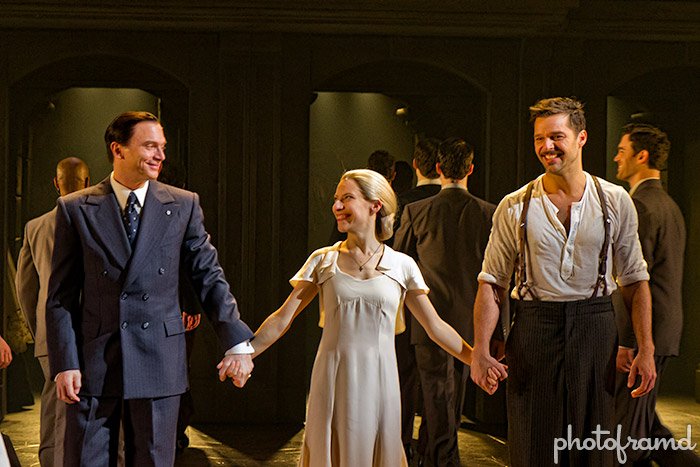 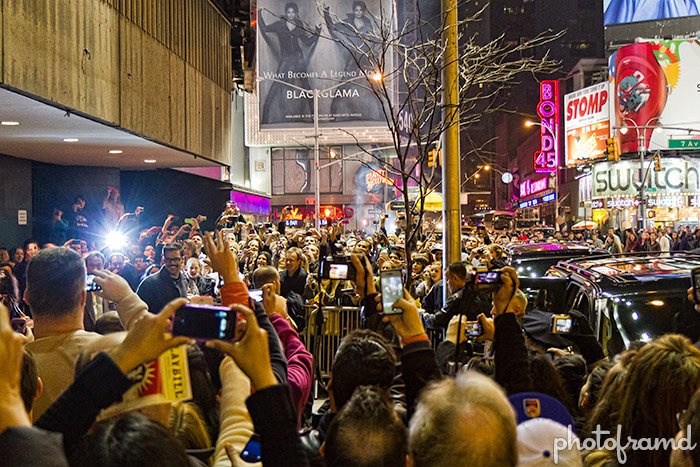 Evita just started previews this week and I was lucky enough to get tickets.  Almost 20 years ago, Evita was my first Broadway show, and both Patti Lupone and Mandy Patinkin left a big impression.  In fact, I vividly remember the production which makes it tough to judge this new revival.

Ricky Martin has charisma to spare.  When he walks on the stage, the audience responds.  He sounds great, looks great and really lives the viva part.  The role of Che is a powerful one; he is Evita’s equal on the stage.  He is both narrator and conscience.  But, he also has some great zingers which Martin needs to practice delivering.  (The audience failed to react to a great line because of his delivery.)  Martin is playing it too nice and lacks Patinkin’s rage.  Through his passion, the audience saw Evita through Che’s eyes in the original production.  So far with Martin, you feel more like a bystander.  Martin still has a month before the actual opening, so there is plenty of time to inject some spice.

I am more concerned about Elena Rogers as Evita.  She is a petite dynamo, singing and dancing up a storm.  But, I can’t help comparing her to Patti Lupone.  Rogers does not have the vocal power or range of Lupone.  Then again, few actresses do.  In the Buenas Aires number, she was timid at some points and sort-of hit the right notes, lacking the power to pull it off.  But, she is not new to the role, having played Evita in the 2006 London revival.  Out of practice? Here again, there is a month to pull things together.  Rogers is the first Argentinian to play the role which does add an authentic accent to her delivery.  In fact, her accent is thicker than Martin’s (who is from Puerto Rico).

There is also a subtle shift in Evita herself.  Lupone’s Evita was always a power-hungry woman who used Peron in her ambitious drive for power.  This was obvious in A New Argentina when Evita begrungingly concedes, “We’ll … you’ll be handed power on a plate”.  Rogers plays the line as the supportive wife, bolstering her husband’s ego while pounding his chest.  Under Rogers, Evita’s quest to become Vice President is no longer the ultimate prize but a footnote in her bio.  This more PC-Evita may be a deference to the leading lady who’s country still views Eva Peron as a icon.  However, it is at odds with the vamp described in Good Night and Thank You, I’d Be Surprisingly Good For You and Peron’s Latest Flame where she’s called, among other things, tart, b*tch, slut and whore.   Eva’s power climb was contrary to the chauvinistic Argentinian culture where women did not even have the right to vote.  Perhaps Lupone’s Evita belongs to the days of Dynasty, but she certainly was more fun to watch.

Just as in the original, Another Suitcase in Another Hall is a show stealer sung by Peron’s former mistress evicted by Evita.  Rachel Potter, in the new production, is perfection delivering this tremendous song.  I expect big things from her in the future.  She already survived being Wednesday in The Addams Family.

Evita is my favorite musical from the team of Andrew Lloyd Webber and Tim Rice.  Incredible songs and a powerful story will make an impact, especially if this is your first viewing.  It was interesting to see how they updated the production with all the new stage tech.  Mixing real video clips of Peron added an odd sense of realism to the production.  Don’t Cry for Me Argentina is breathtaking and flawless, sung on a picture perfect balcony!  The realistic sets are impressive, but I long for the cavernous space of the original Broadway Theatre production.  When the descamisados organized in the original, it felt like a political rally with real signs instead of just waving handkerchiefs.

I was not impressed with the faux-wrestling in the Art Of The Possible – very awkward, oddly choreographed, and poorly performed … a literal misstep.  I preferred the musical chair allegory of the original.  But, I loved the ending of the new production which has more drama than the original.  And, no, I am not going to spoil it!

Overall, this new production of Evita was a joy and will only get better as it approaches the official opening.  If it is your first time (or if you saw the mediocre Madonna movie version), you owe it to yourself to see Evita on Broadway.