Home »Photography»Sirui T-025 – the Full-Sized, Compact Tripod That You Will Actually Want To Carry

What’s the best tripod on the market? The one that you will actually want to carry!

Over the years, I have collected several different tripods. Once you have a good tripod, the only reason to buy another one is the fit a specific need. Last year was my first time on the Intrepid to watch the Macy’s July 4th Fireworks Show.  My top tip on how to photograph fireworks is to bring a sturdy tripod.  Last year, that meant my Gitzo Traveler.  Even though I had called ahead about the use of a tripod, I was stopped by security and my expensive tripod was almost confiscated.  After talking my way through, I had to promise not to use it.  Of course, I used it anyway … but very discreetly.  My mistake was publicly displaying the tripod in the first place.

This year, I was smarter.  I brought my new Sirui T-025 and just put it in my camera bag.  That’s right … the Sirui T-025 folds to 11.8 inches – small enough to stow away without drawing attention!  Take a look: 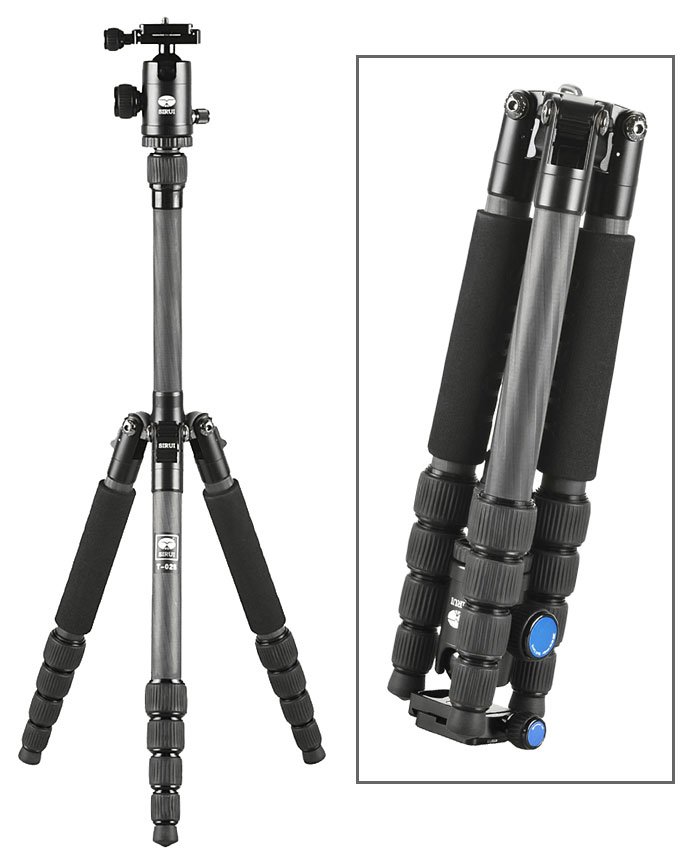 This cool little carbon-fiber wonder expands to a full-sized 51-inches and supports 13.2-pounds.  Yet, it only weights about 2-pounds making it the perfect travel tripod!  It also has a support hook which can be used to further stabilize it.

So, how good was it?  Did you see my fireworks photos?  Tack-sharp!  The Sirui T-025 is the most compact tripod that you will actually want to carry!