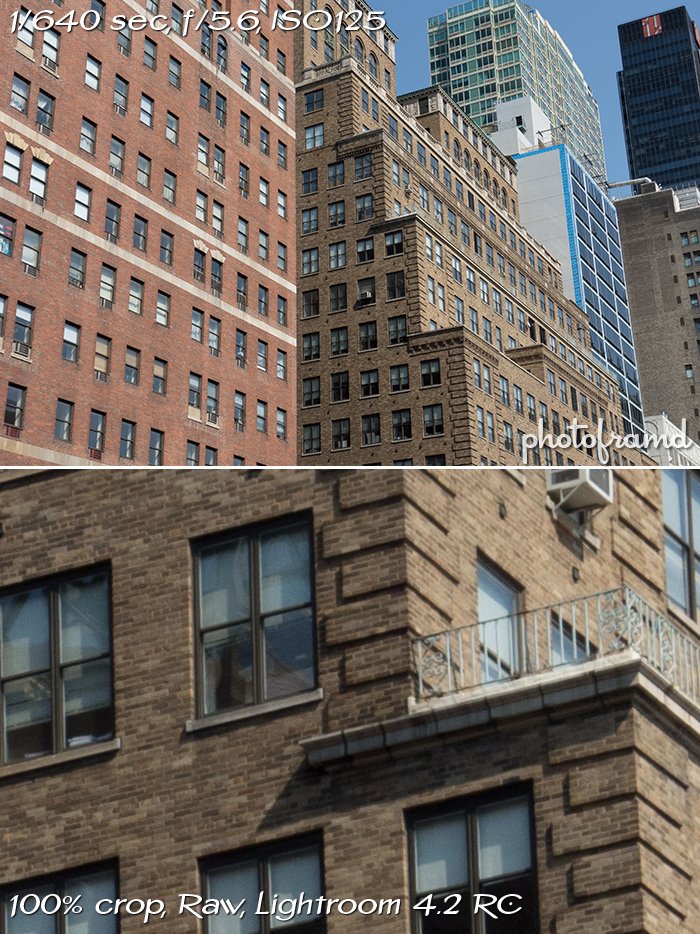 It all started with David Pogue, the Tech Columnist for the New York Times.  On June 7, 2012, he teased:

You cannot believe what’s about to come down the photographic pike. Trust me: If you’re in the market for a small camera with astonishing photographic results, hold off for a few weeks.

Now Pogue is a bit of an Apple Fan Boy, so I was skeptical.  Could Apple be releasing a real DSLR camera?  Not likely since it would cut into their lucrative iPhone sales.  But, on June 27th, Pogue finally revealed that he was talking about the Sony Cyber-shot DSC RX100.

I really didn’t think much more about the RX100 until a friend asked my to help shop for a point-and-shoot.  After doing some research, I had the Canon S100, the Canon G1X and the Sony RX100 on my short list.  Each of these compact cameras were leaders in their price-point due to their larger sensors.  But, sensor size is only part of their appeal.  Each also is loaded with user-friendly features.  I spent some time with all three cameras at B&H and found that the Canon S100 was good, but the other two were a tie for best.  After taking a bunch of photos with both cameras, I found that shot-for-shot, the details captured were very close.  But, the Sony RX100 was about the size of a deck of cards (about the same size as the Canon S100).  The Canon G1X is about the same price but three-times the size.  The RX100 is the winner!

I was so impressed with the Sony, that I bought one for myself!  It’s small enough to fit in my day bag for the days when I am without my Canon 7D gear.  And now that Adobe has released Lightroom 4.2 RC with support for the RX100’s Raw files, it’s time to see what this camera can really do.  Take a look: 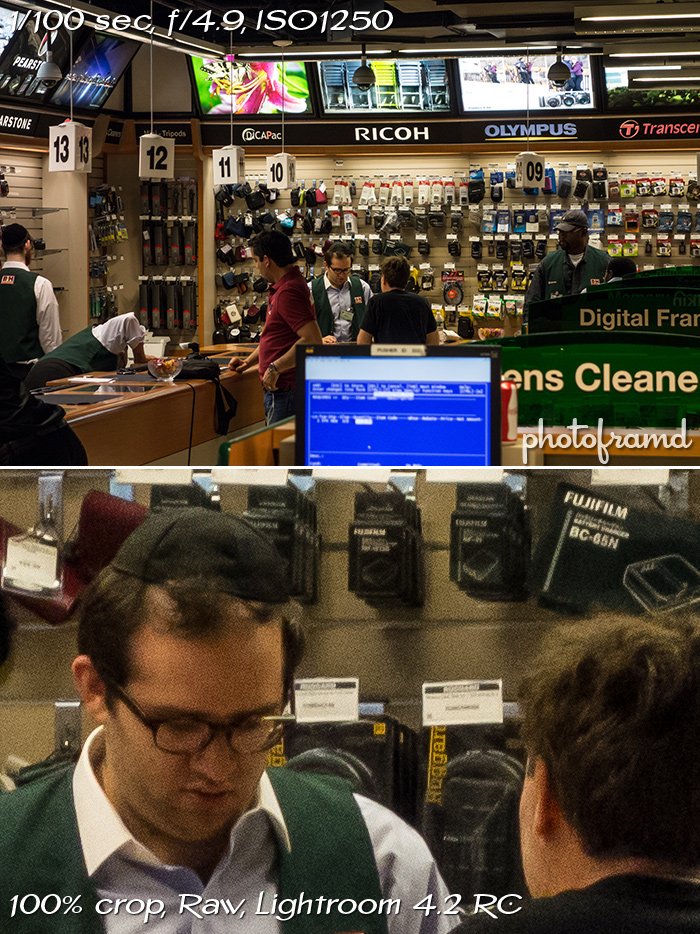 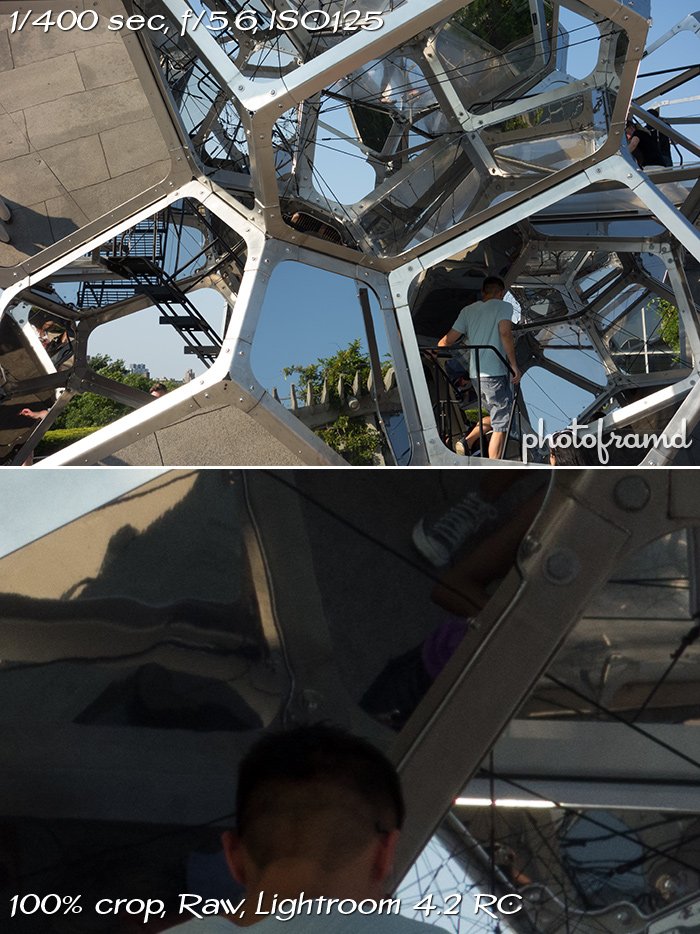 This camera is loaded with features.  One of the coolest is the Auto-HDR which will determine the proper number of photos to record highlights, mid-tones and shadows and then assemble them in the camera in a few seconds.  The only negative is that this mode outputs to JPG, so there is no Raw option.  The Auto-HDR can also be used to reduce digital noise.  Take a look at this photo of George Washington Crossing the Delaware taken at the Met: 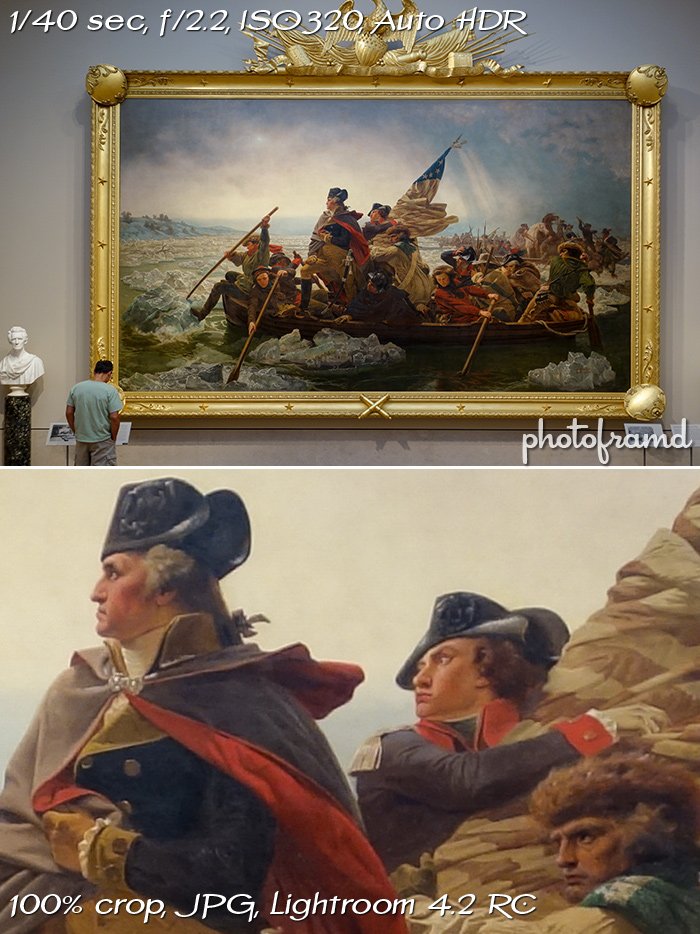 Expect to see more photos taken with the Sony RX100.  The results will surprise you and it’s a blast to use!  The Sony Cyber-shot DSC RX100 is in stock at both B&H Photo and Adorama for $648.