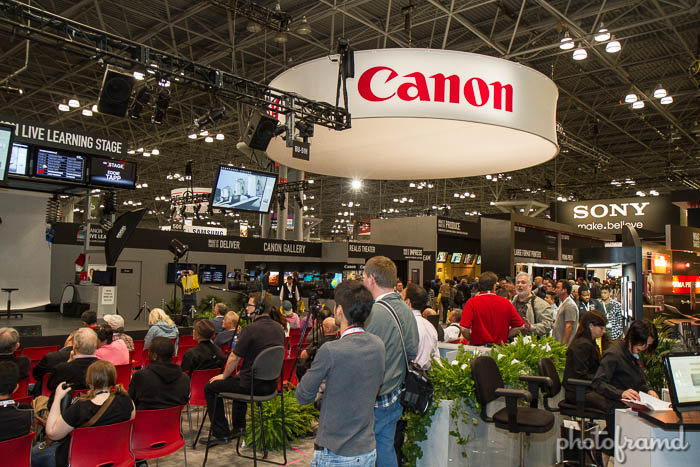 I spent some more time in the Canon Booth on Saturday and found some interesting things.  Canon really doesn’t like CanonRumors.com – go figure.  I also got confirmation that the Canon 7D Mark II is in the works.  (“Canon listens to its customers and wants to keep them happy.”)  No release date though.  In fact, the Canon 7D was in several areas of the massive Canon Booth. 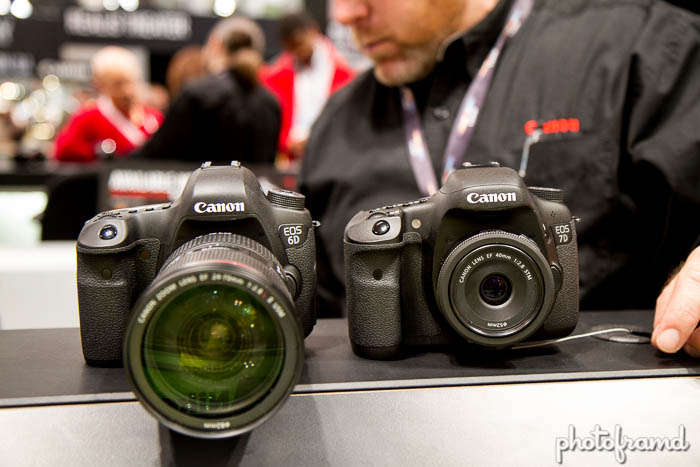 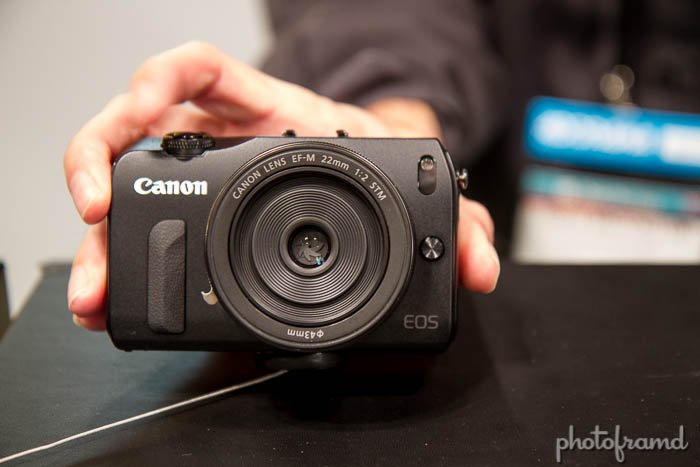 The Canon EOS M is pretty cool.  It incorporates a touch sensitive LCD with a touch and shoot capability just like a Smartphone.  Unfortunately, it is sloooow — definitely not suitable for action photography.  Yes, you can use the adapter for the M to take your Canon EF lenses, but what are you really gaining?  Canon did not plan it as a DLSR alternative, just a mirror-less camera.  If you want DLSR performance, get a DSLR. 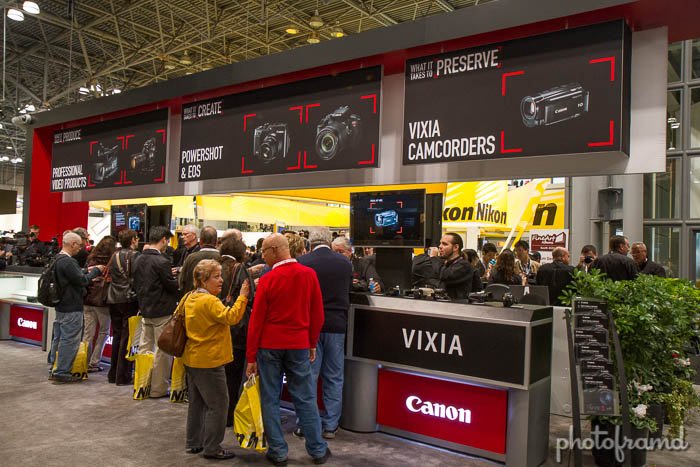 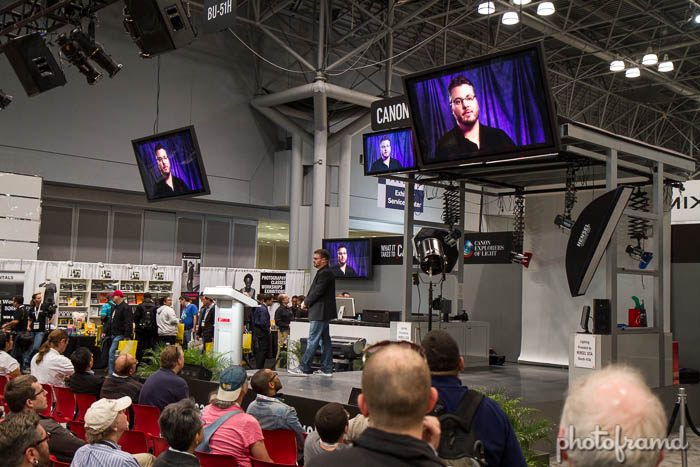 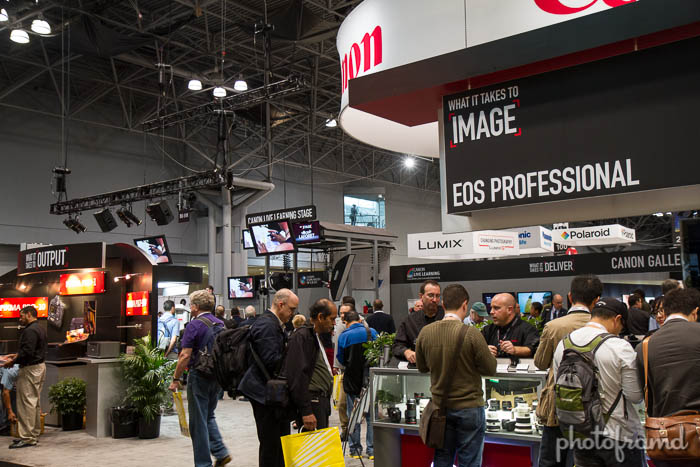