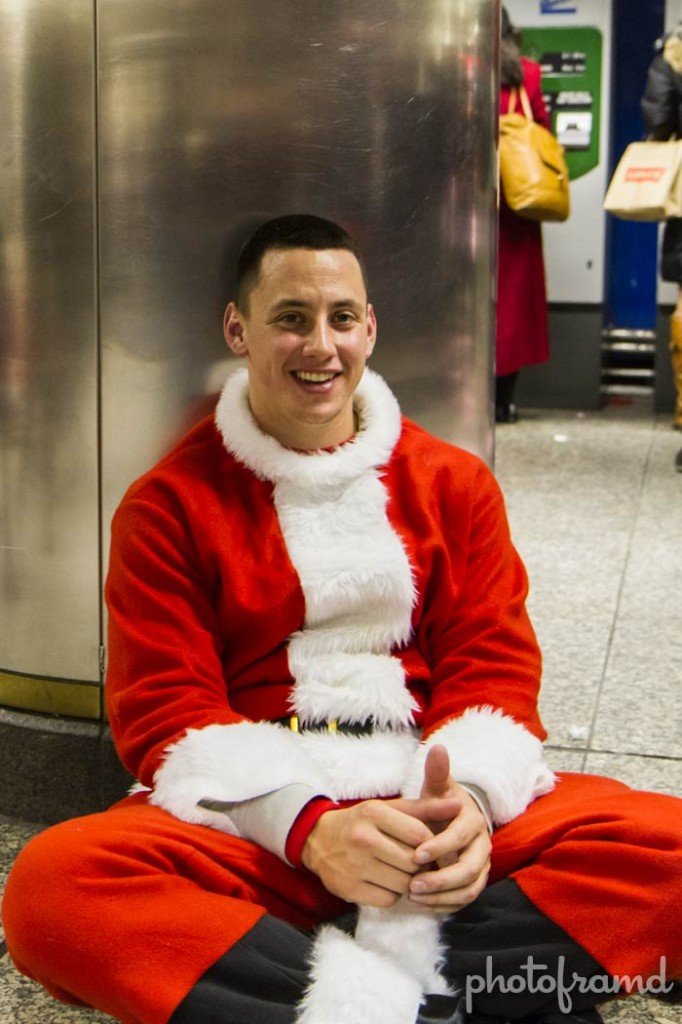 I arrived at Penn Station on Saturday around 7PM.  I was greeted by a very young Santa.  Since this is the Xmas season and it’s NYC, I didn’t really think anything of it.  Then, I was quickly surrounded by a herd of Santas.  It turns out, I was standing in the middle of SantaCon 2012 — think frat party where everyone is dress up as Santa.  The Santa “flash mob” move from place to place as directed by text messages.  It was pretty funny to see.  Take a look. 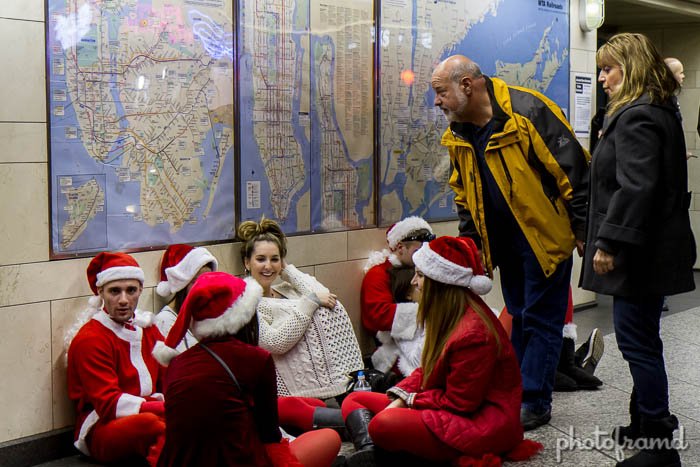 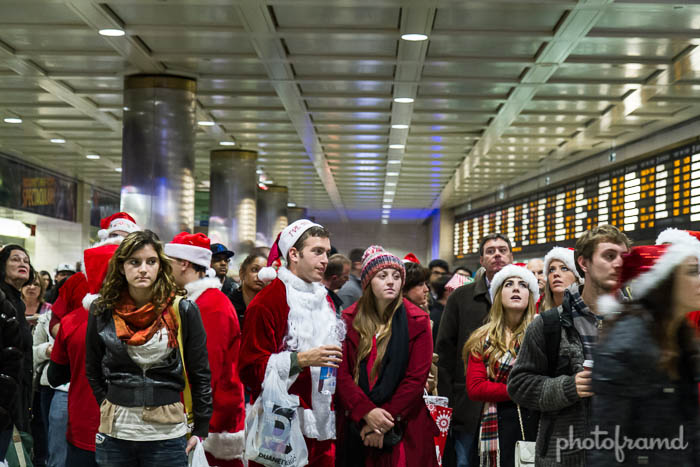 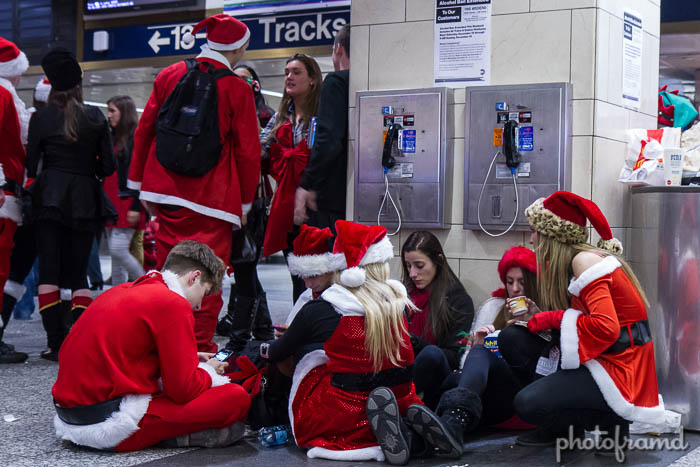 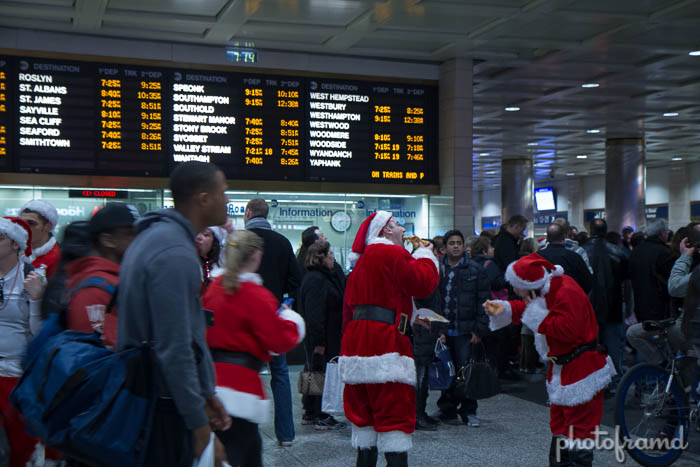 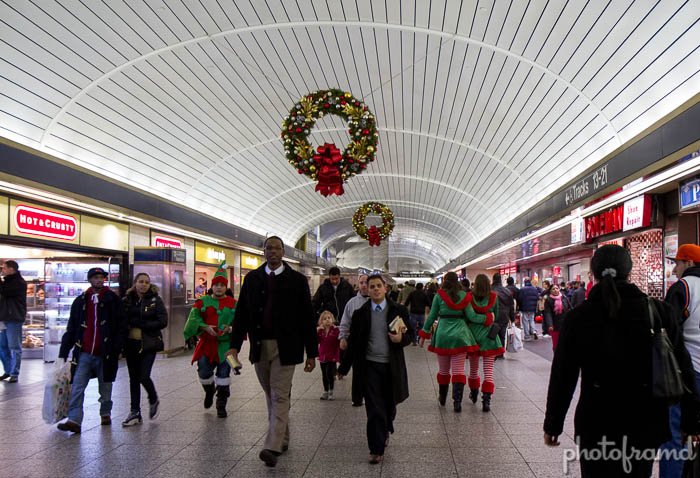