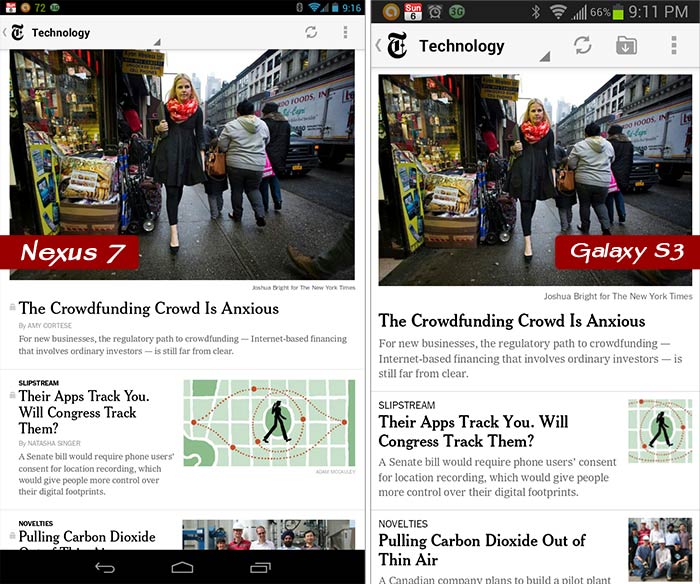 As a lifelong New Yorker, I read the New York Times.  Since my first Android phone, I have been saving trees and reading through the New York Times App.  Originally, it was free, and then it was not … such as life.  For over a year now, I have been paying $3.75 a week as a Smartphone subscriber.  The NY Times has one App for Android and it works on both my Samsung Galaxy S3 and my Nexus 7 Tablet (both running Jellybean).  The same Android app even performs the same on both devices.  Without the labels, it is virtually impossible to tell them apart. 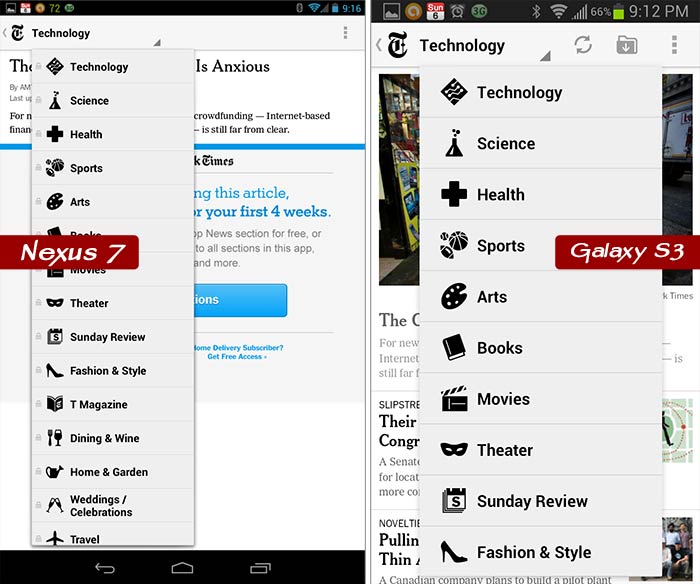 It’s a very different experience for the iPad/iPhone for the New York Times.  Take a look: 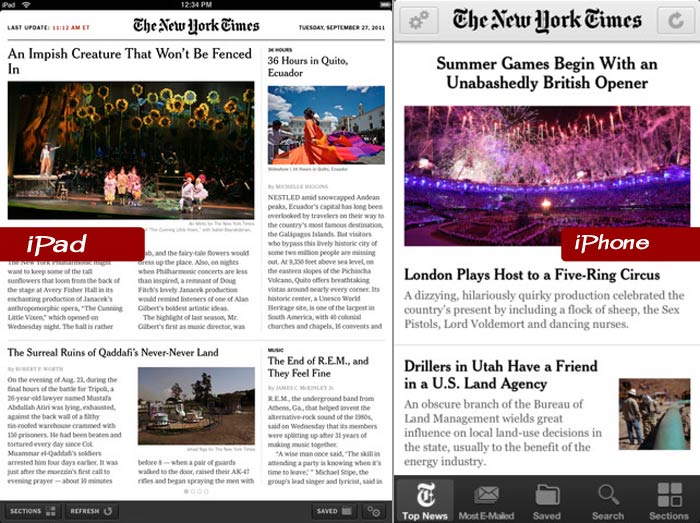 The New York Times on the iPad looks very much like the print edition.  The iPhone version looks … well like the Android version.  Here, it is a very different experience.  But, that’s because they have TWO DIFFERENT APPS.  (The iPad Mini uses the Tablet App and looks identical to the iPad.) 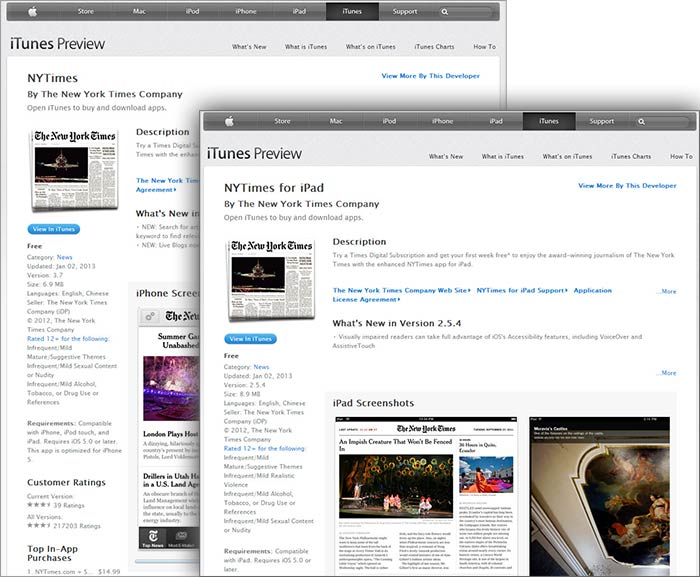 With the iPad/iPhone versions, it is a very easy argument to justify that the iPad Tablet version should cost more.  It is a premium experience that really feels like the print edition.  Unfortunately, Android users have only one App and its the SAME experience on both smartphones and tablets. 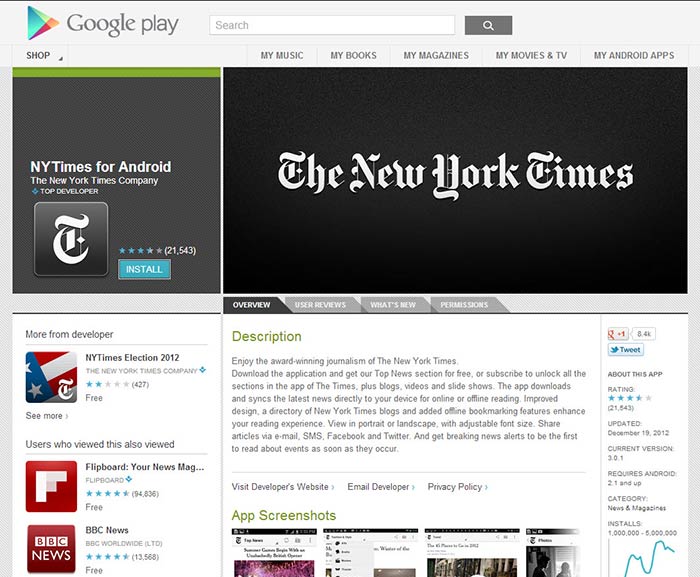 So how does the New York Times justify this?  I spoke with several Customer Service reps.  Each one insisted that there are different apps for Android.  When I pushed them to show me where the Apps were listed, they could not (although one rep did say they are listed in iTunes).   The New York Times is still having serious financial problems, but screwing your subscribers is not the way to solvency.  If you want to charge for a premium Android experience, how about creating one like the iPad??!!  Until then, you’re just acting like Greedy Bastards …