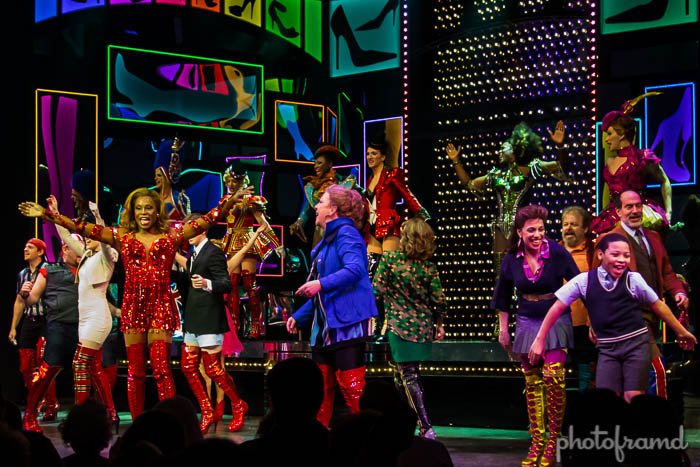 Kinky Boots on Broadway is based on a Indie movie (that is supposedly based on a real story).  The musical is so much better than the original.  Maybe that’s because the book was written by Harvey Fierstein and the music was written by Cyndi Lauper.  And, it is a charmer.  It didn’t hurt that Harvey was sitting two rows behind me 🙂

And, don’t worry about the whole “kinky” thing.  No nudity (unlike Breakfast at Tiffany’s), and no vulgar language (unlike Orphans).  It’s actually very tame, sweet and uplifting!  There are even several songs which could easily be radio-bound hits.  Just see it – it’s a much better deal than the overpriced Book of Mormon! 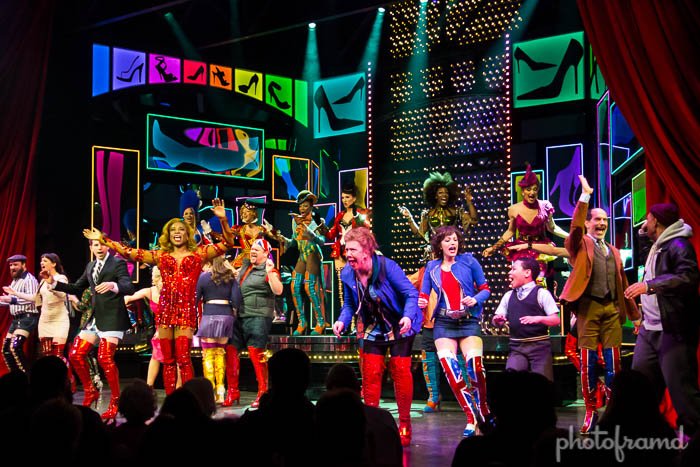 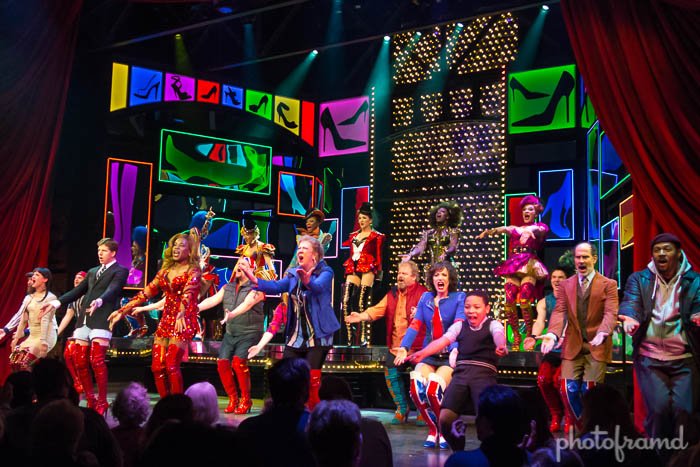 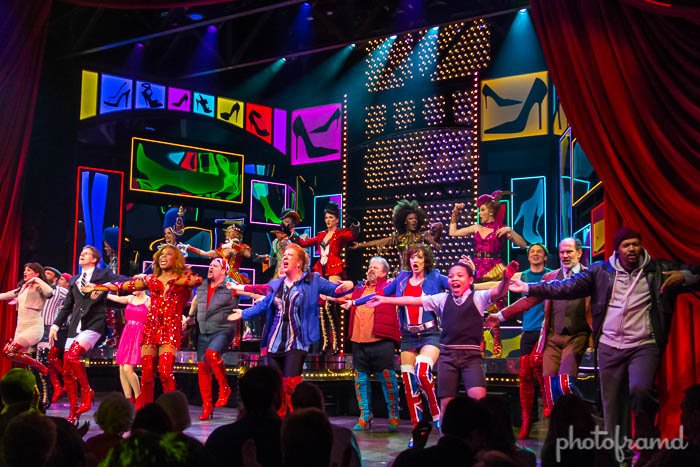 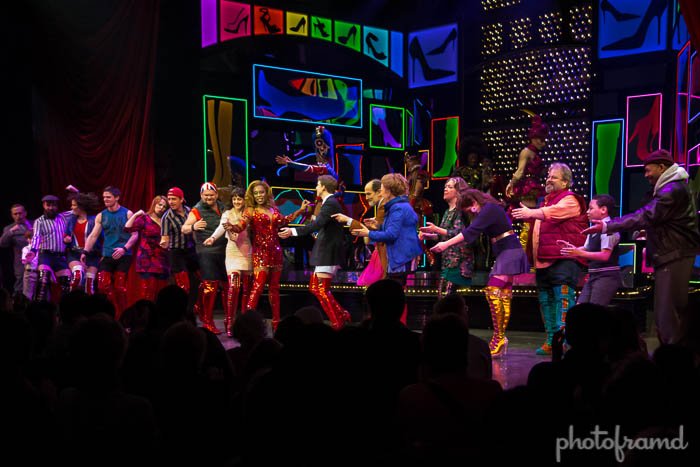 Now about these photos … I took them with the Sony Cyber-shot RX100.  Yes, the little RX100!  I pushed the ISO to 1600 with Centerweighted Spot Metering and set an exposure compensation to -1 full stop.  Considering the wacky lighting, I left the camera in P to let it handle Shutter Speed and F-stop and shot Raw.  The rest is Lightroom 4 magic.  It’s an amazing little camera.