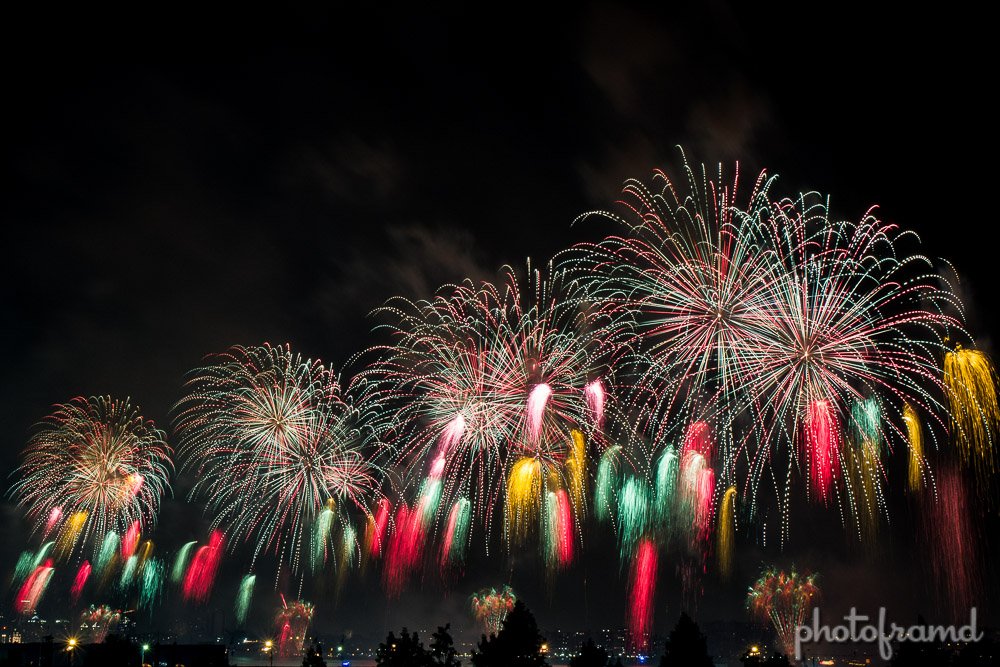 Once a year, Macy’s holds the biggest 4th of July party over the Hudson River — the Macy’s 4th of July Fireworks.  The crowd lines up along the Hudson River from 17th Street all the way to 60th St.  Think New Year’s Eve in Times Square x 40 blocks!  It’s pretty crazy, and the police start installing barracks around 5PM.  So, stake out your place early and bring a camera.  Yes, you really can take some good shots … by following these tips on photographing fireworks: