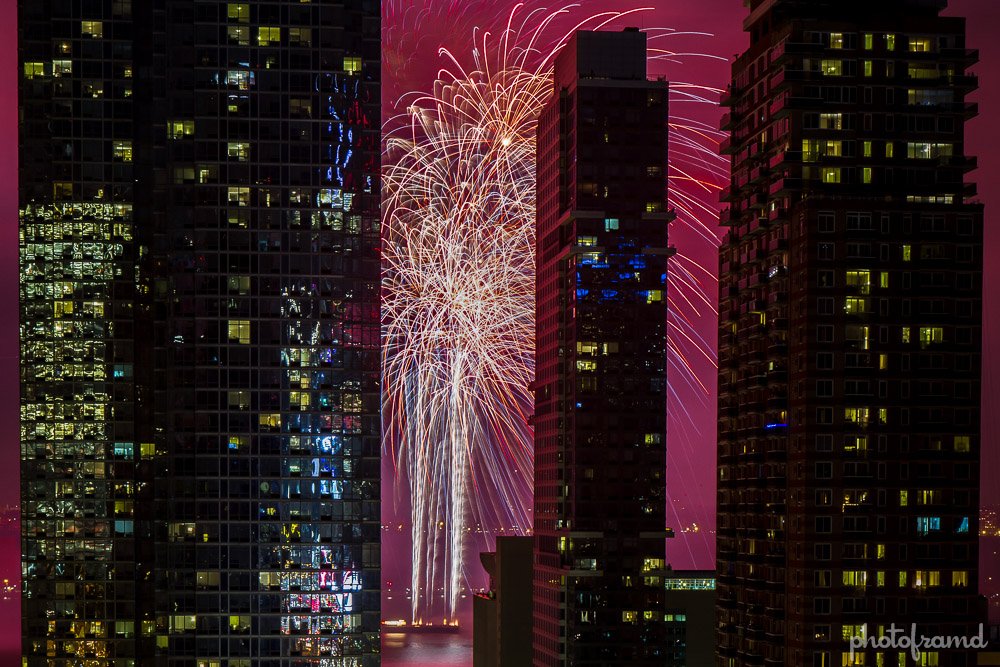 This is my fourth year taking photos of the Macy’s 4th of July Fireworks on the Hudson in New York City.  I decided not to take pictures from the Intrepid like the past two years.  I was looking for a different angle.  I had clearance to take pictures on one of the Piers, but received a notice the day before that tripod were on the list of Prohibited items in public parks and were subject to seizure.  How can you take pictures of fireworks without a tripod??  I was planning on burying my little Sirui Carbon Fiber Tripod in my camera bag just in case, but I needed a more definite solution.

Thankfully, I lucked into access to a balcony in midtown and captured some great photos.  All photos were taken with my Canon 7D & Canon 17-55mm EF-S lens using my previously posted tips on how to photograph fireworks.  And yes, I used my little Sirui tripod without a problem.  From my viewpoint, I was able to rotate between the building shot and the water shot.  It’s the smallest tripod that I found that can still support 13 pounds!  It’s the perfect travel tripod. 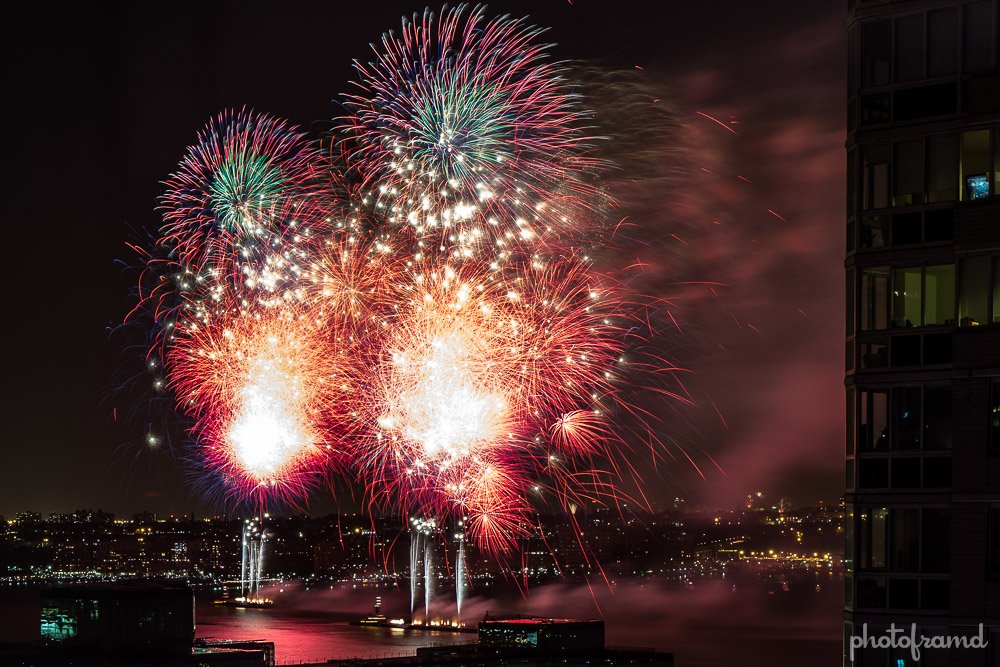 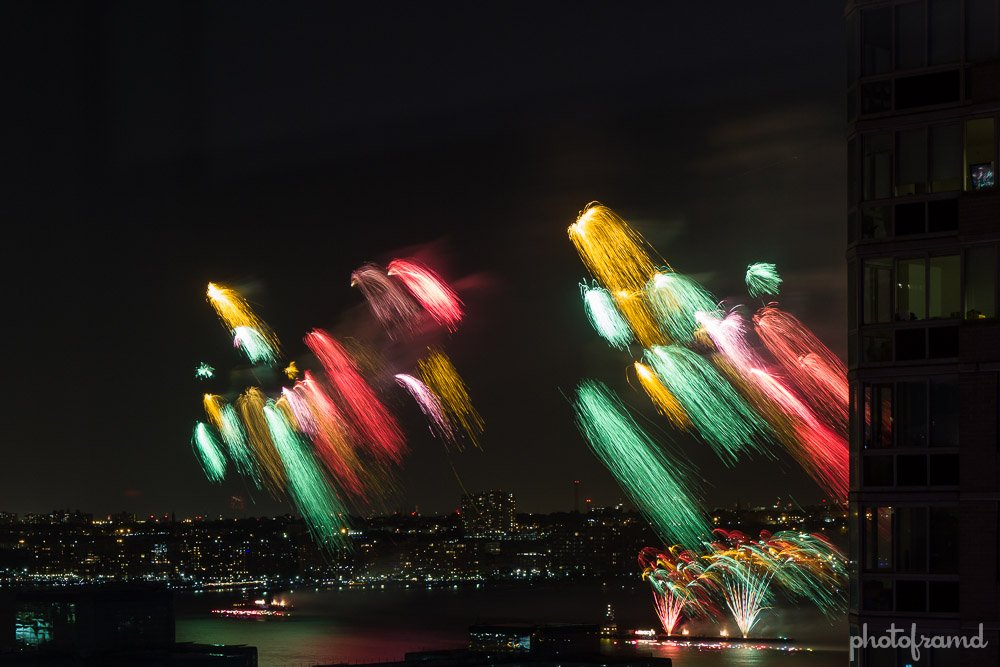 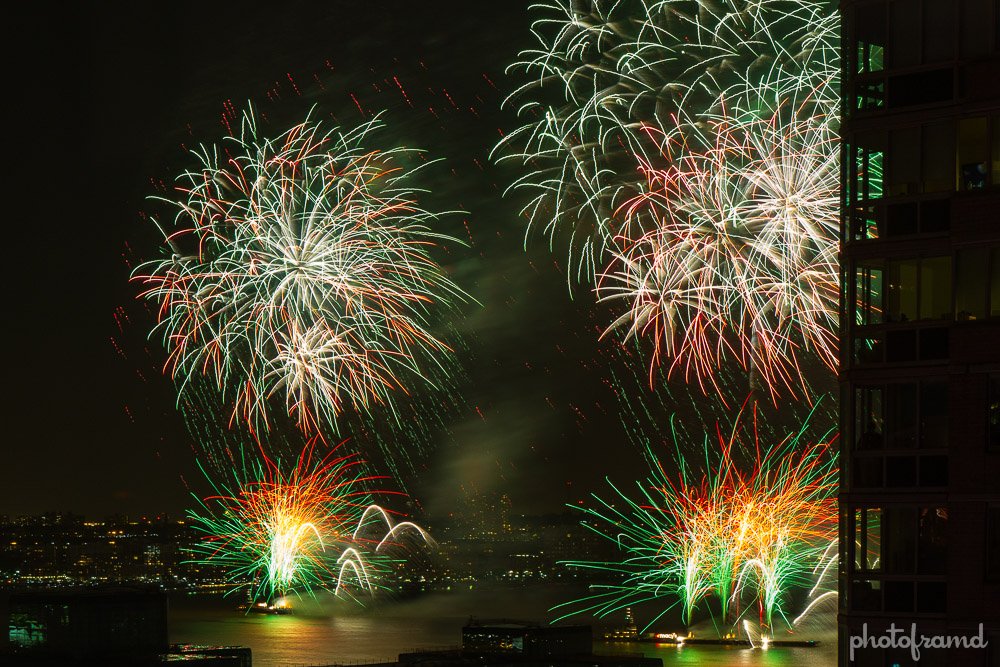 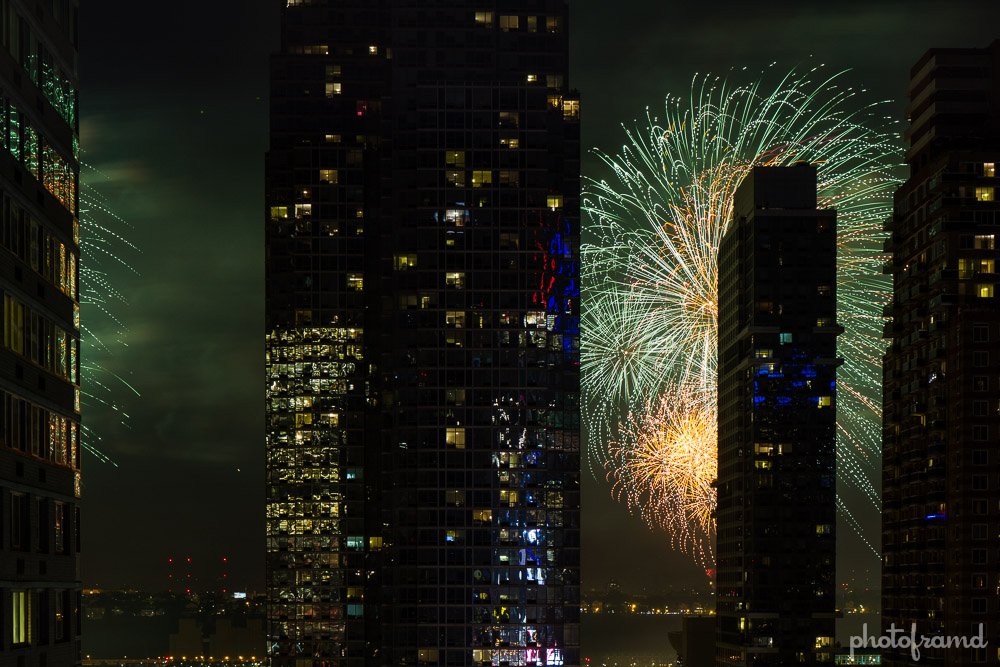 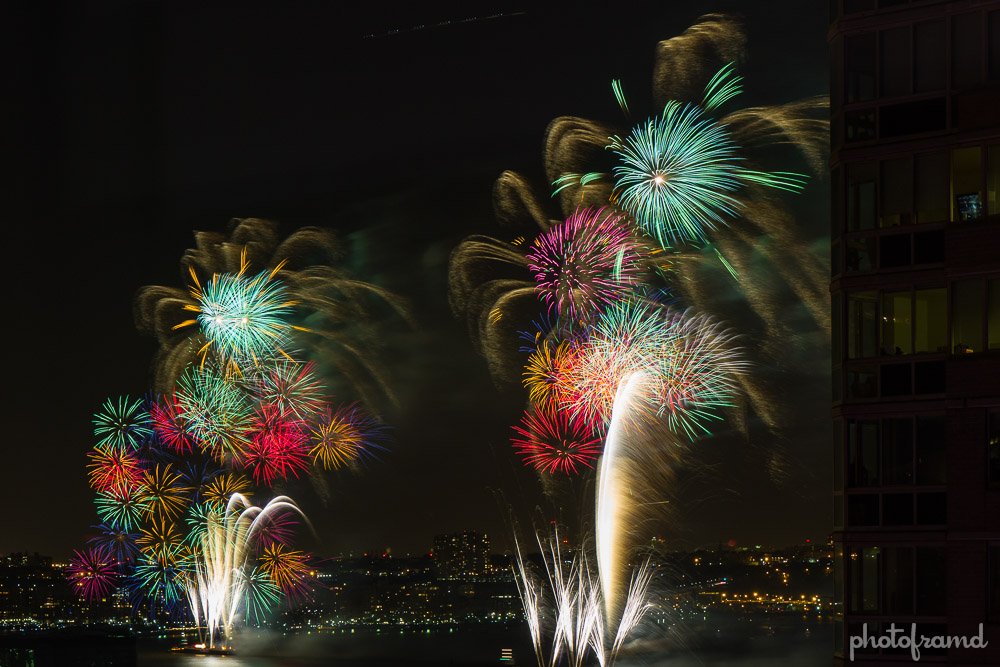 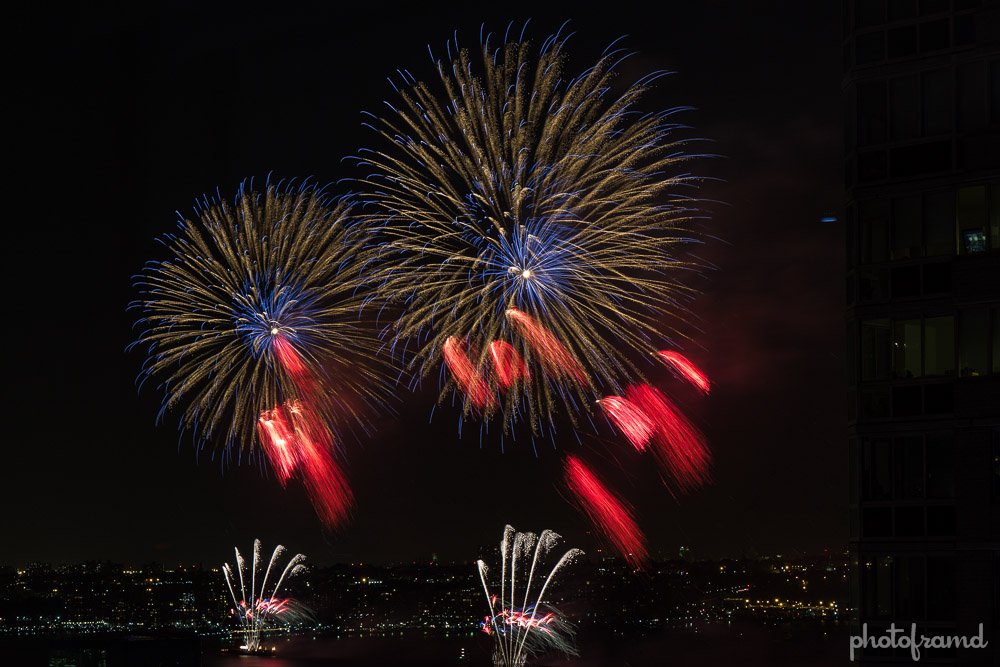 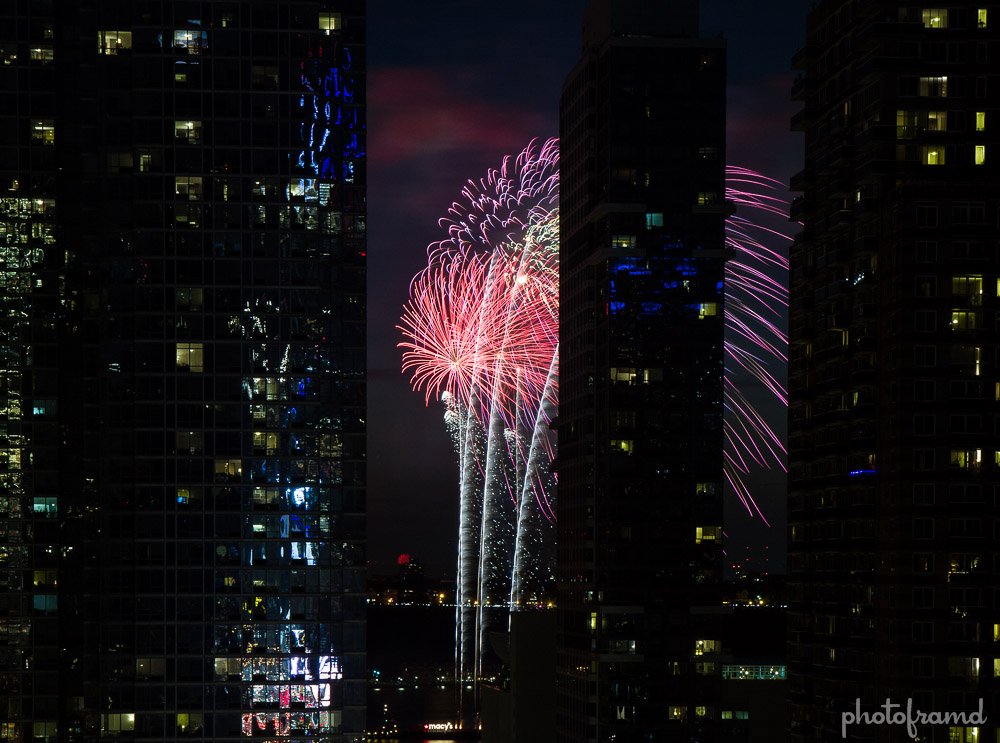 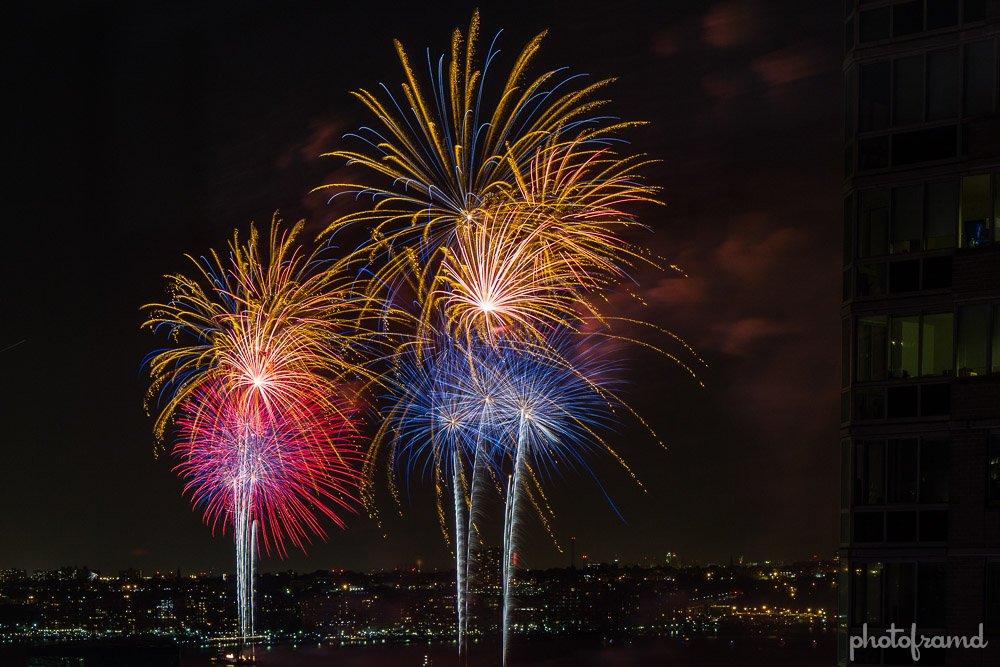 Sirui T-025 – the Full-Sized, Compact Tripod That You Will Actually Want To Carry