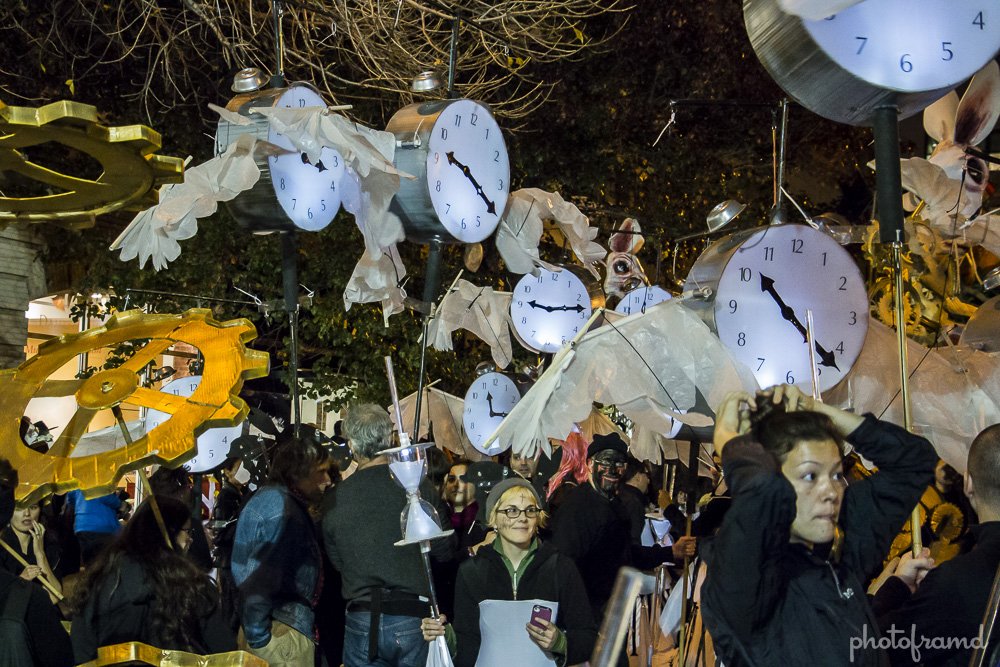 The Parade is back!  After being cancelled last year due to Hurricane Sandy, New York City’s Village Halloween Parade roared back to celebrate its 40th year.  A little drizzle could not stop this crowd with Kelly Ripa as Celebrity Host!  This year’s Revival theme produced many new group costumes – mechanical rabbits, pumpkins, penguins and Ghost Busters!  The crowd favorites of  giant skeletons, Chinese serpents and the Thiller zombies also returned.  In fact, zombies were everywhere – even a zombie carnival dancer.  Of course, politics were a big theme with groups for the government shutdown, Obamacare and the monsters of the Tea Party.  Surprisingly, I did not see one Miley Cyrus/Robin Thicke pair. 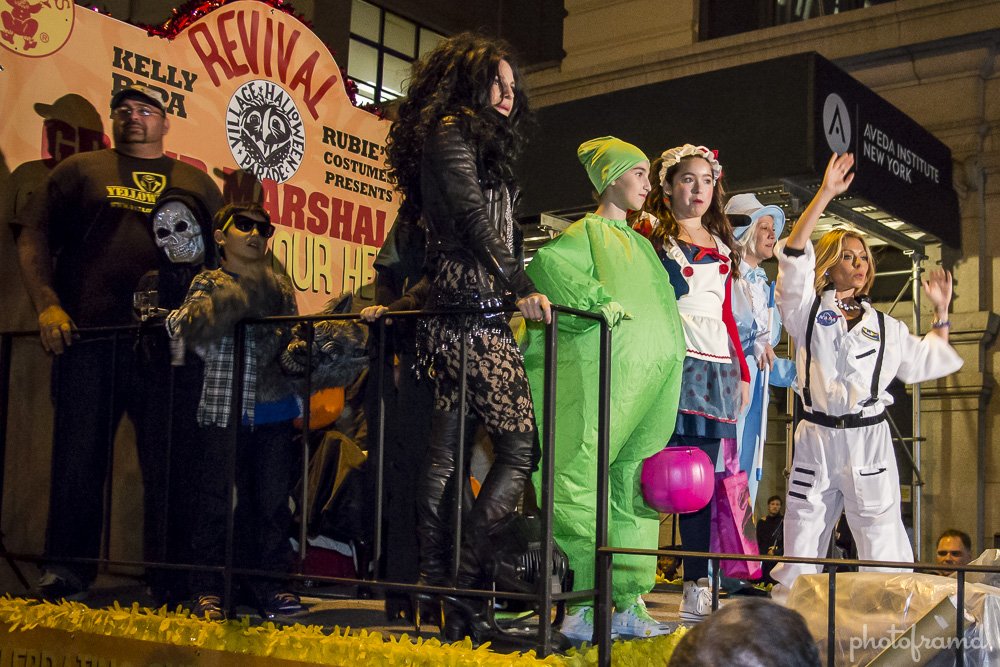 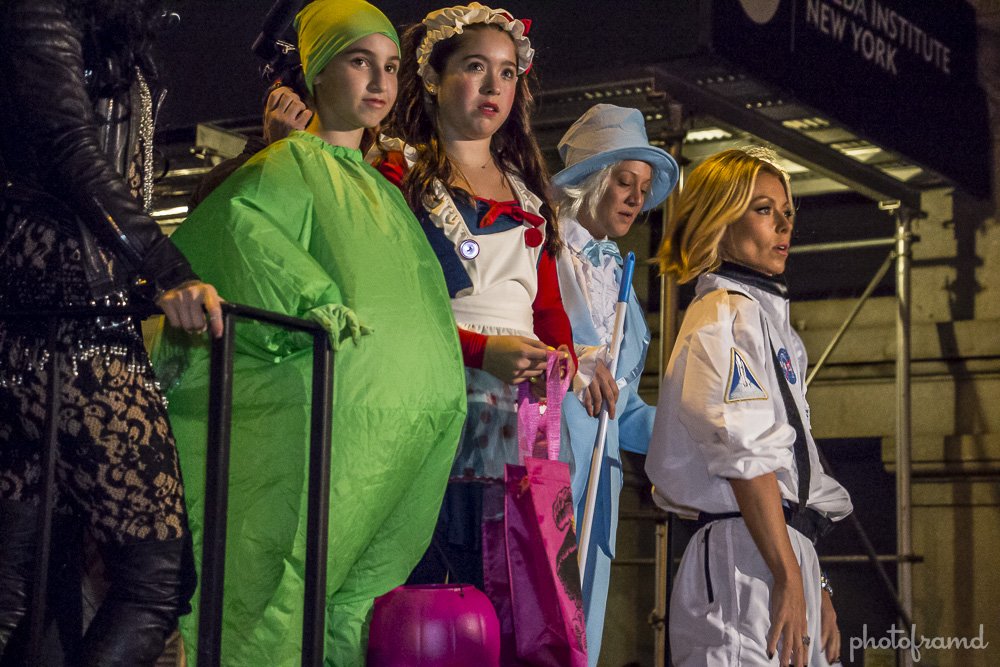 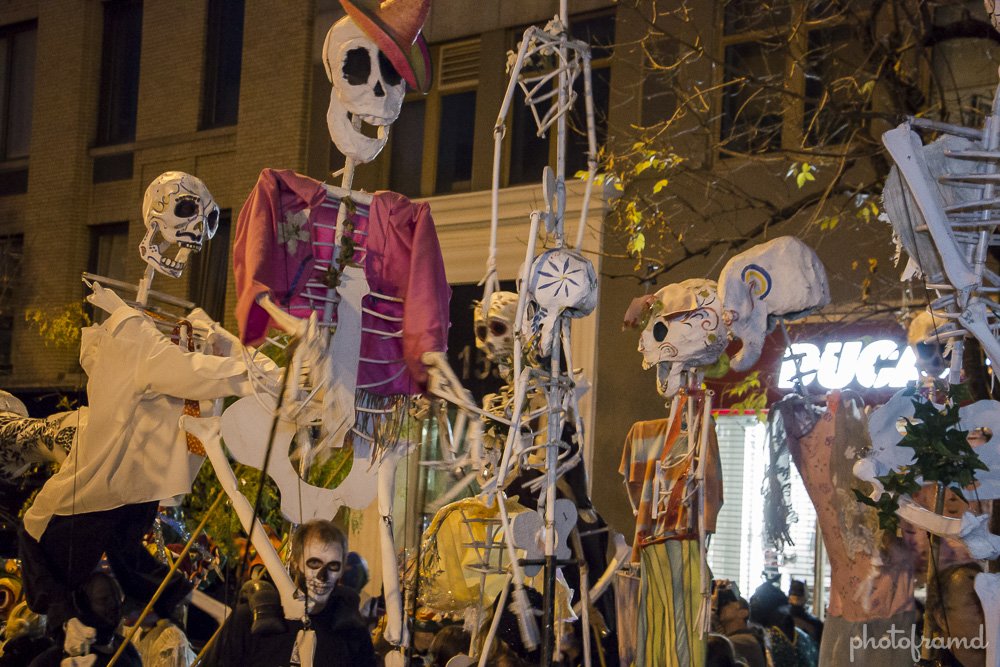 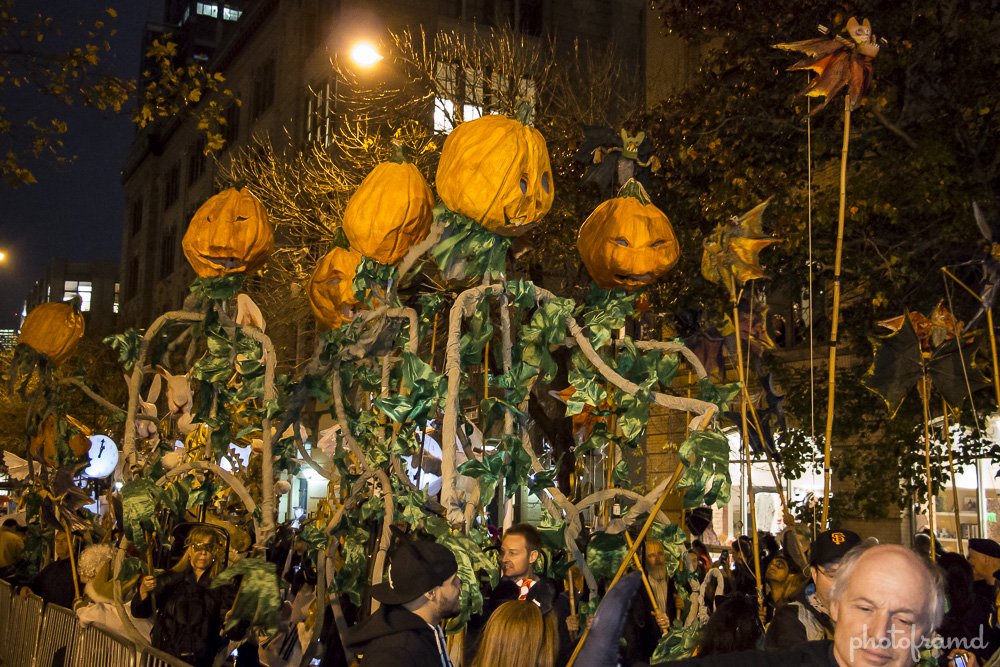 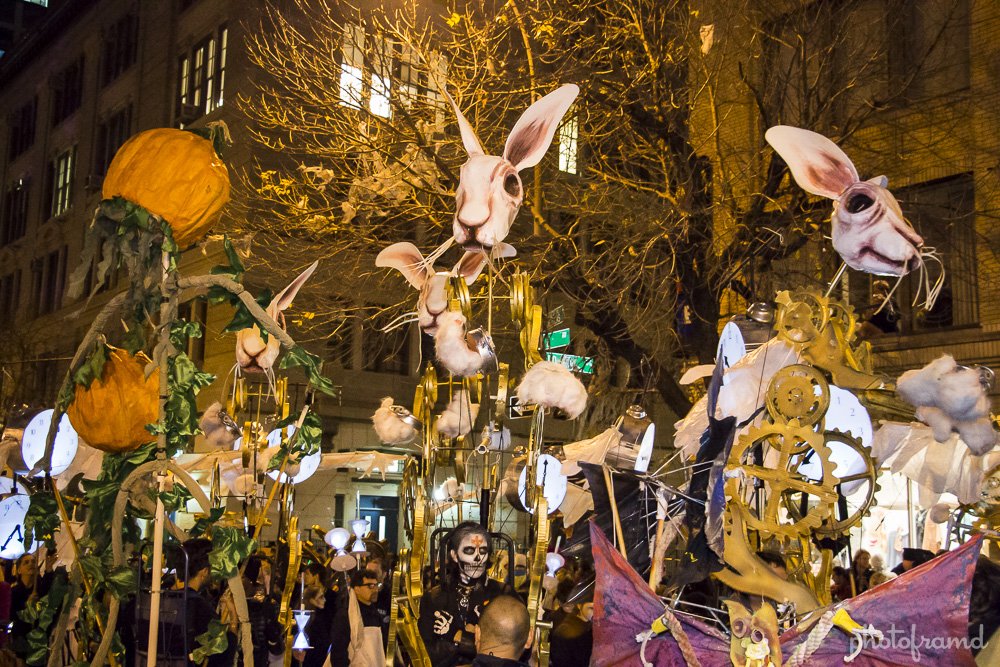 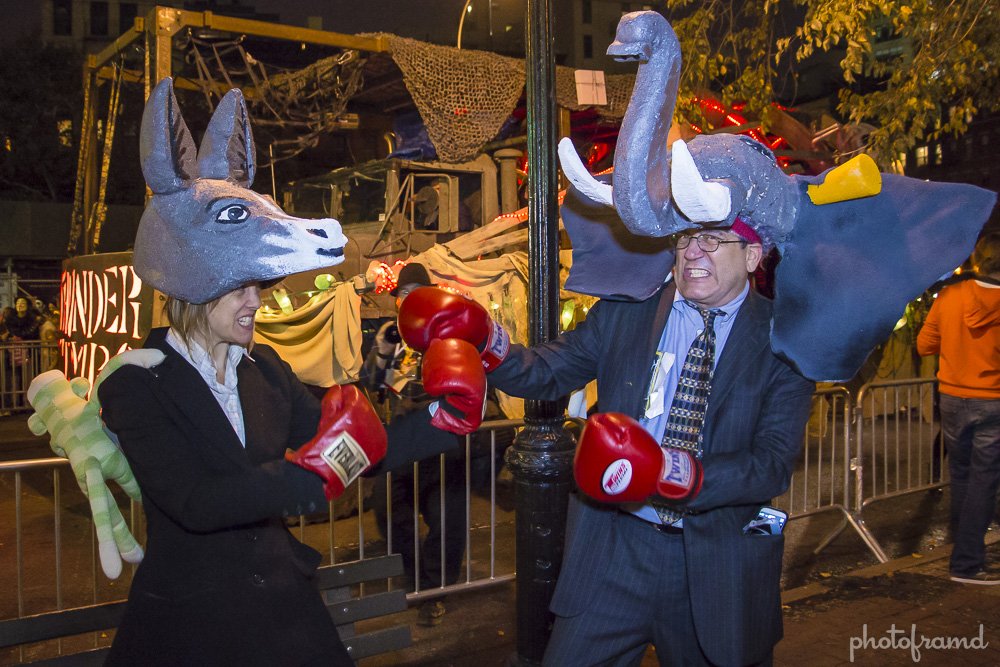 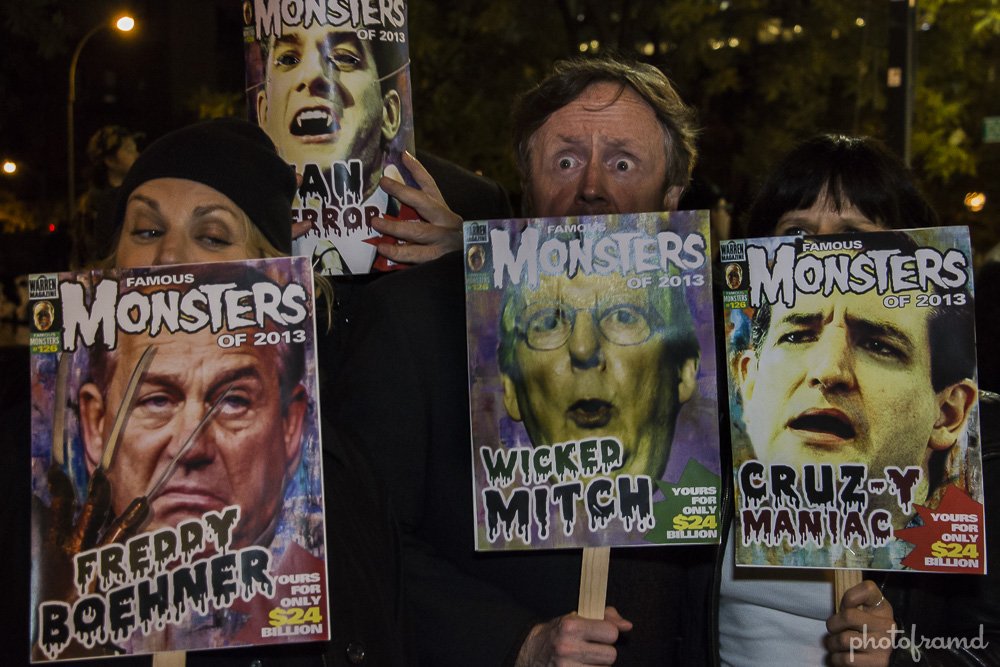 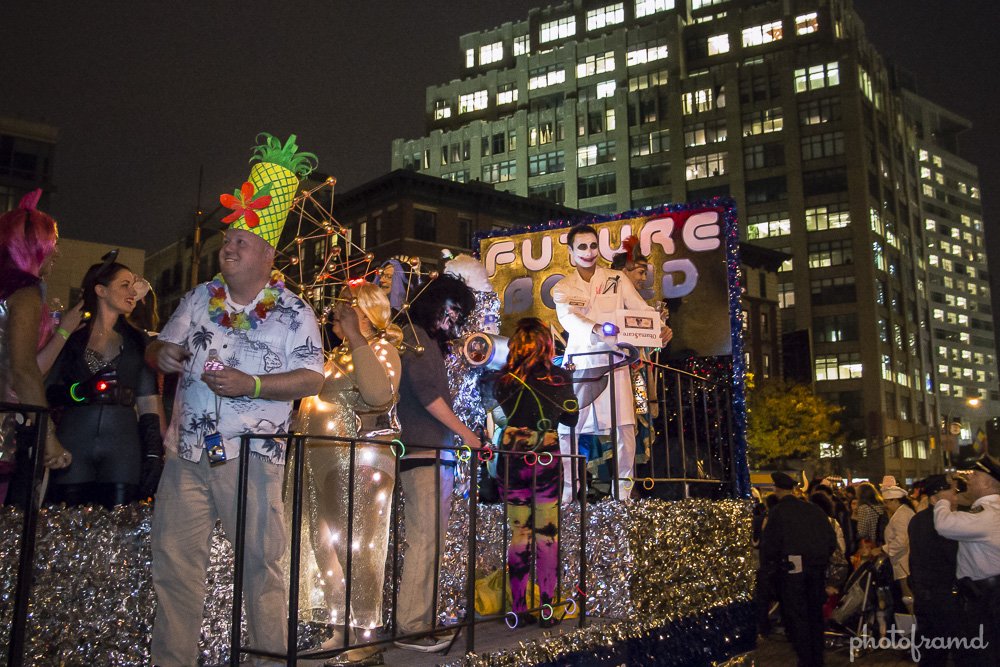 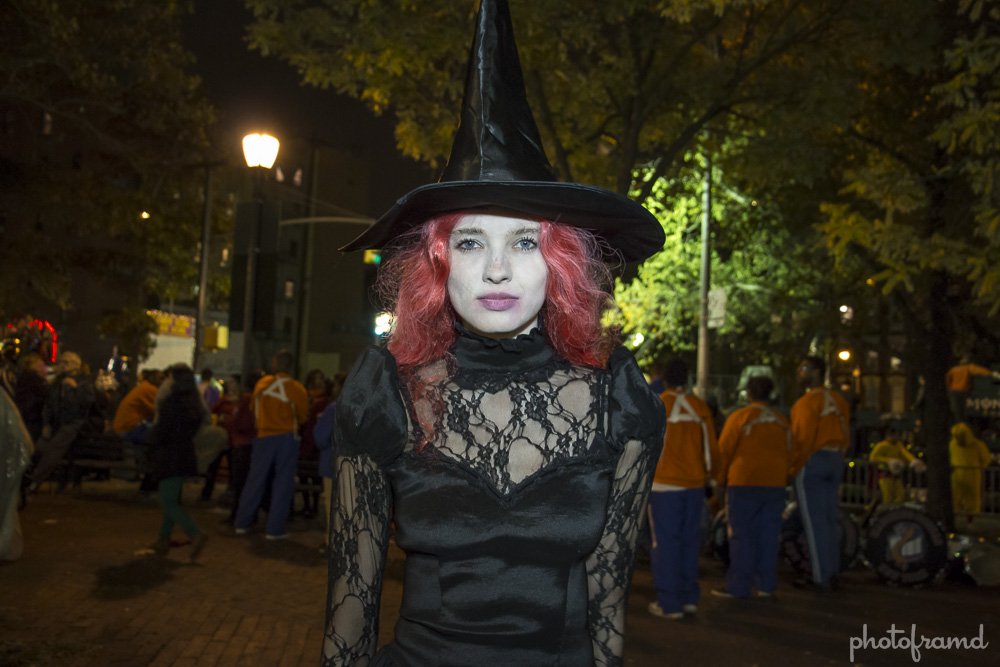 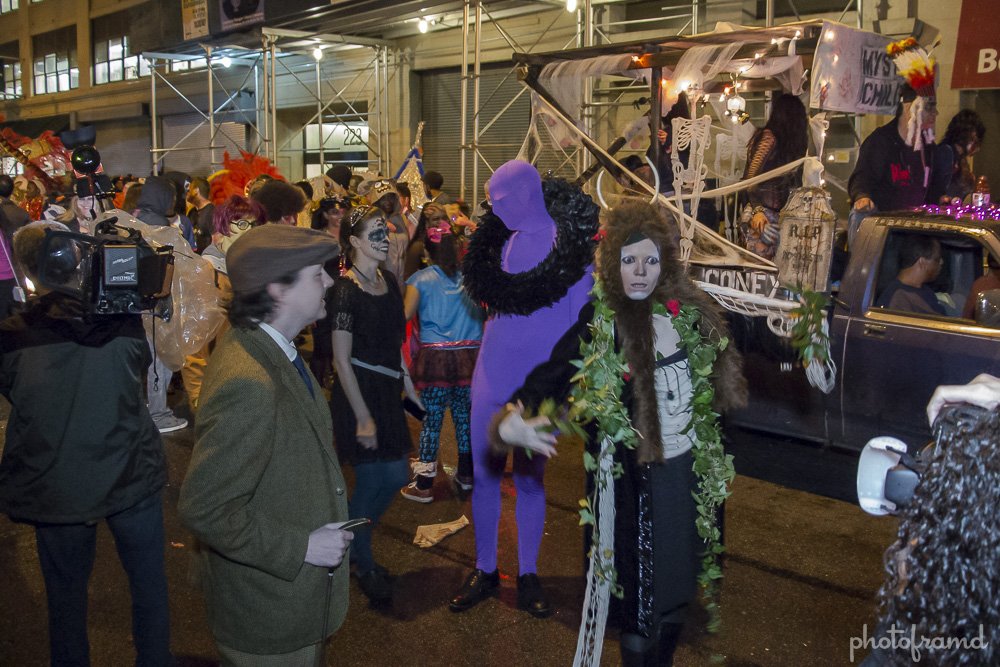 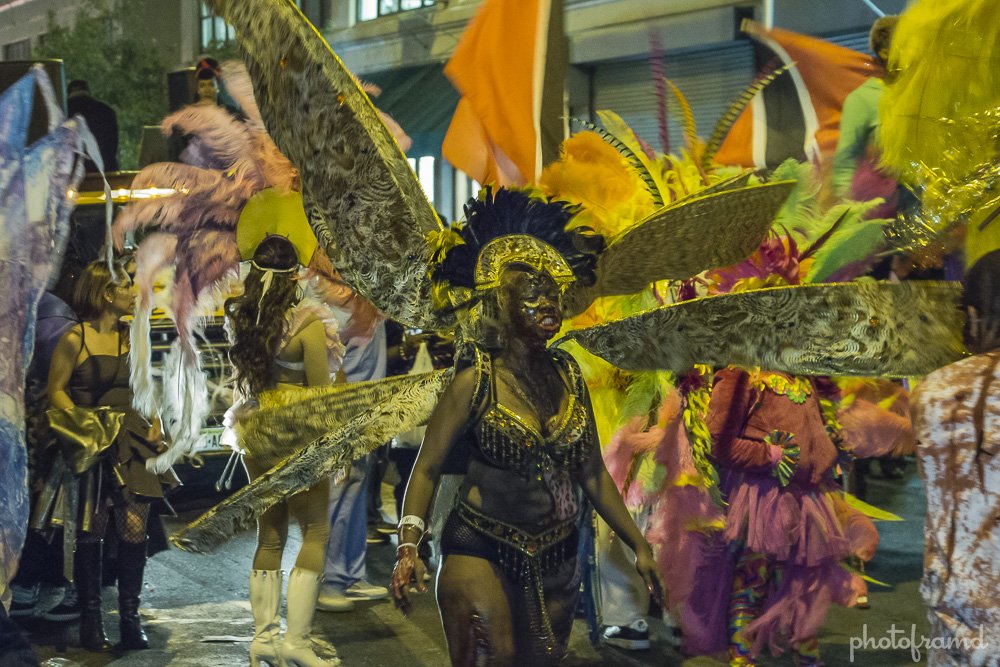