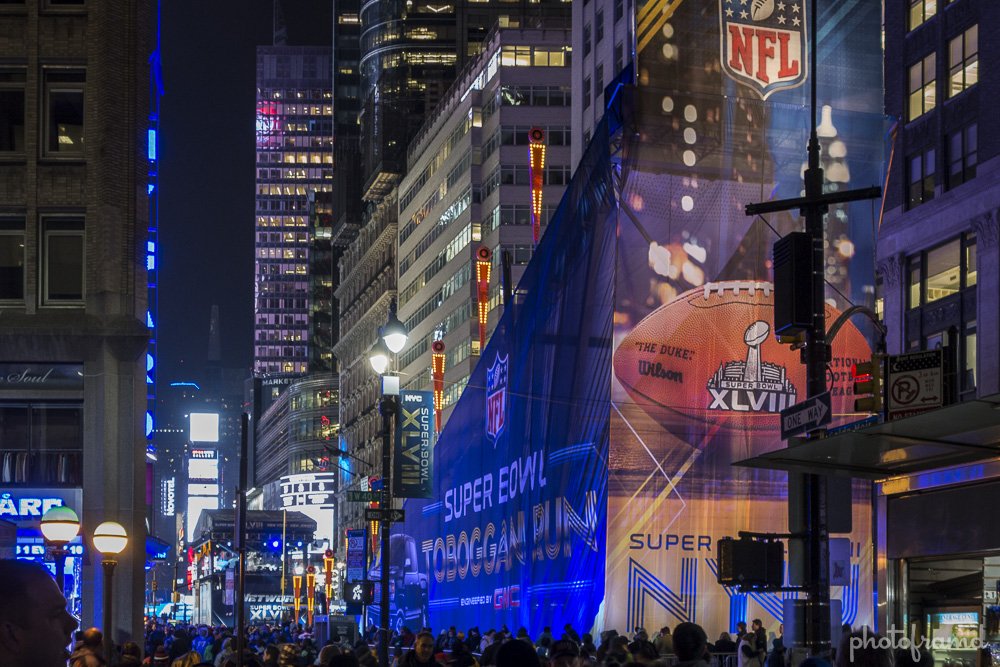 Super Bowl 48 will take place in New York this Sunday.  Well, it’s actually New Jersey, but you wouldn’t know that by all the publicity.  New York City closed 10-blocks of Broadway, from Times Square to Macy’s Herald Square and dubbed it Super Bowl Boulevard!  And, yes, the actual Vince Lombardi Trophy is here on display.  Sure, there was a long line, but a good New Yorker can always find a way around. 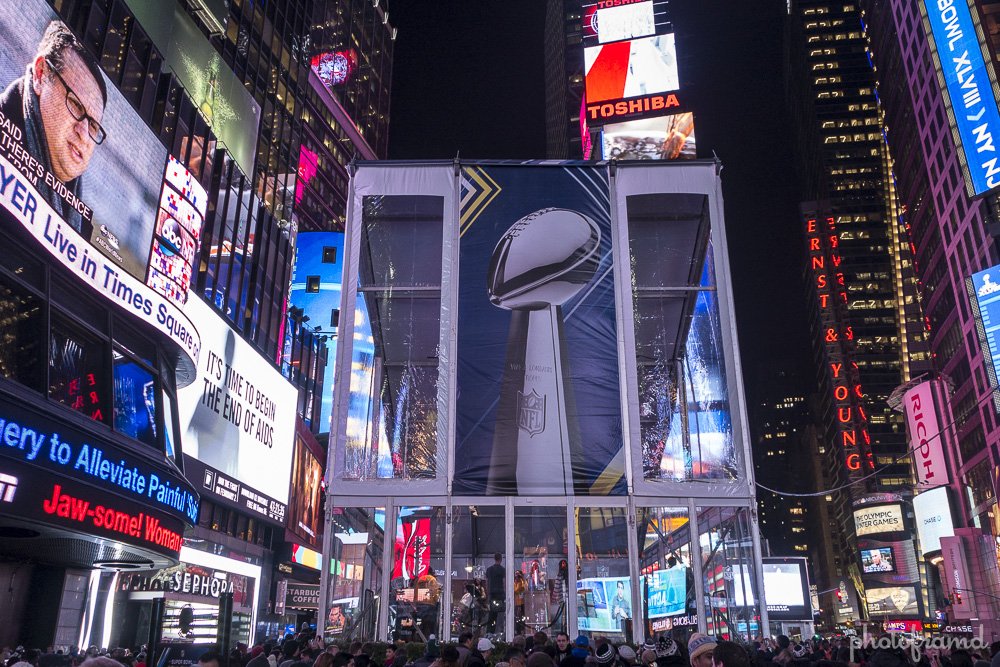 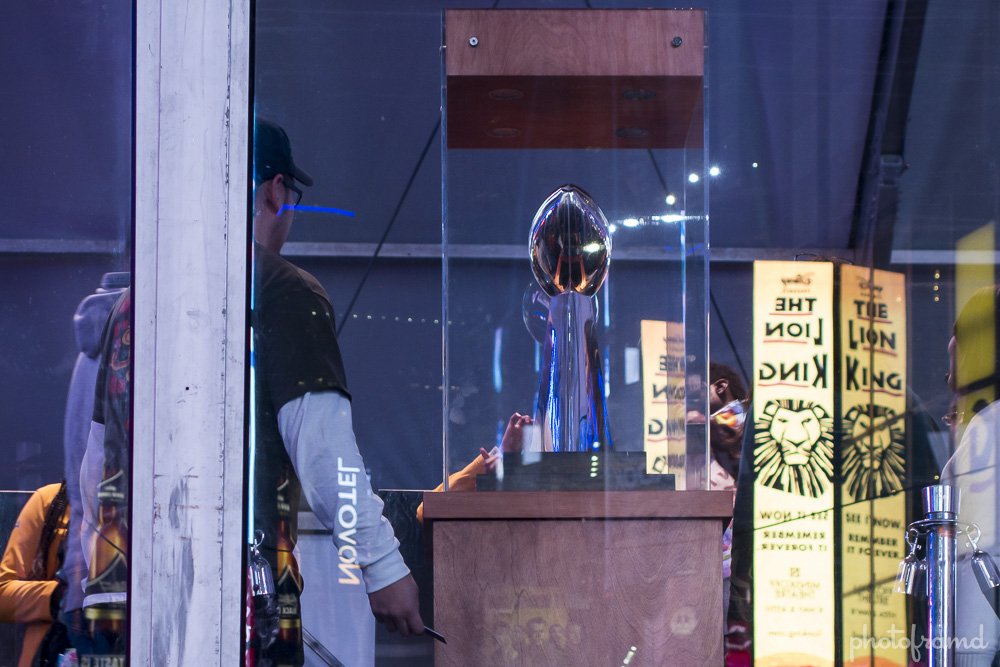 All of the Sports Crews have live broadcast tents here too.  ESPN, FOX, CNN have been broadcasting for several days.  It’s a real media event. 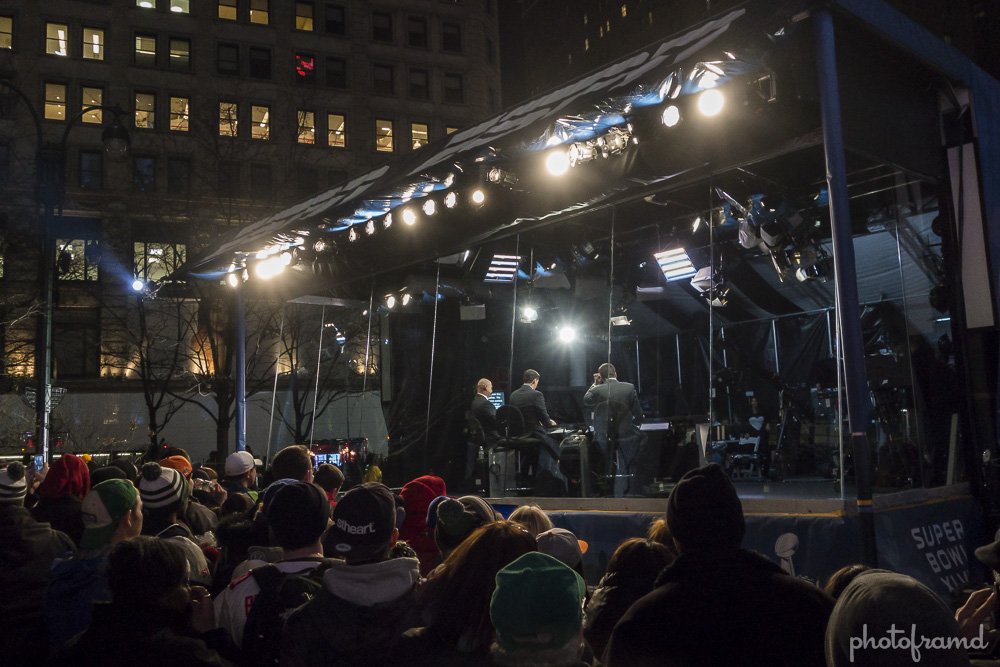 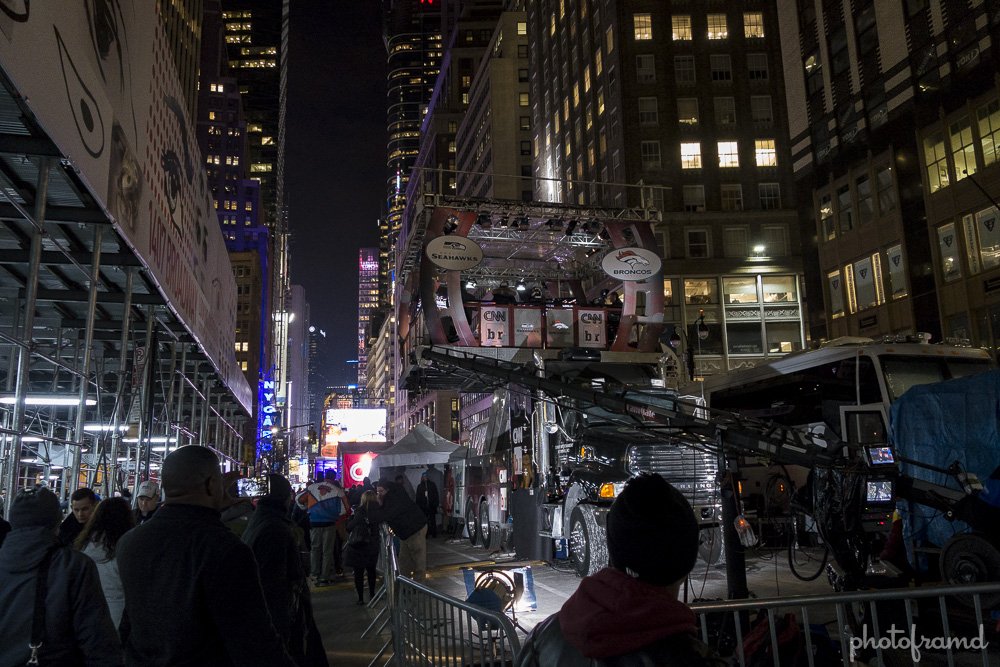 But, New Yorkers seem more excited about the 260 toboggan slide.  It’s more Winter Olympics than Super Bowl, and even the media has been reporting about it.  But, don’t expect to get a chance to ride it.  As of last night, all tickets were sold out through Sunday. 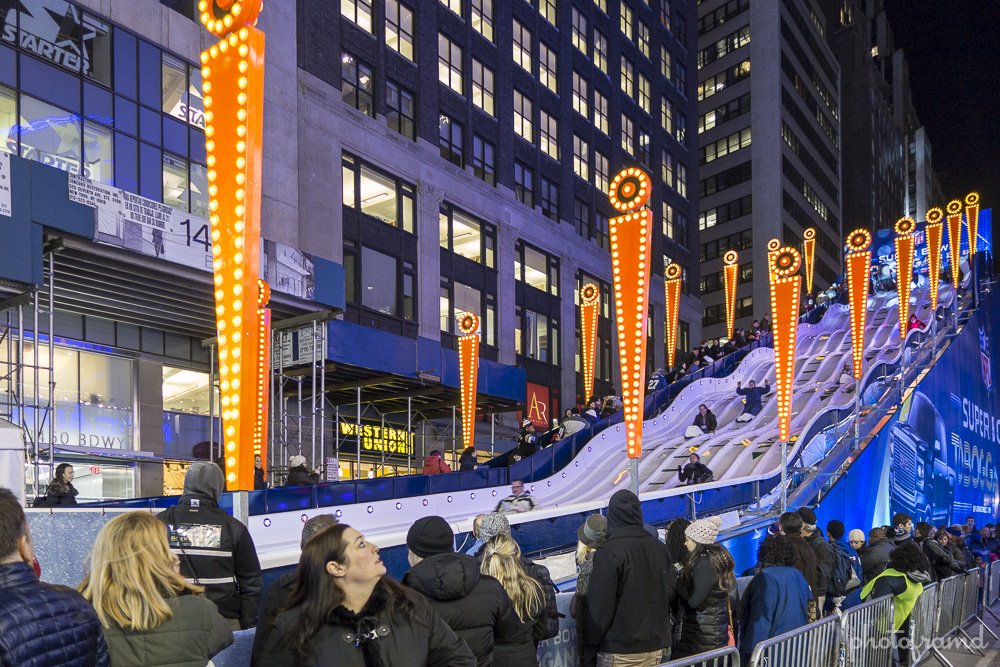 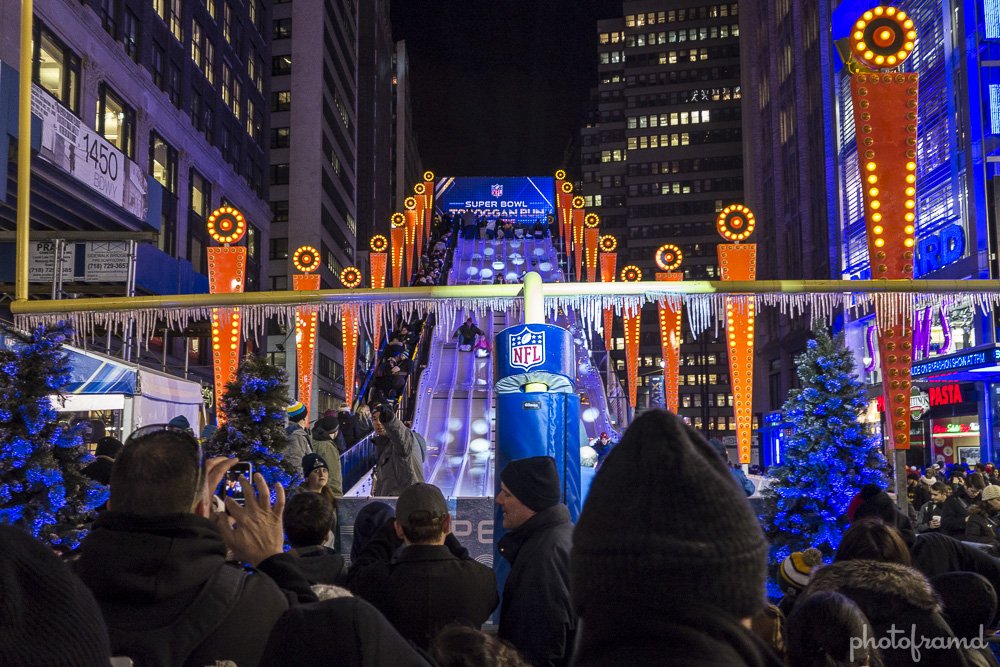 During the day, there were fan events with the football players signing autographs.  There are also plenty of places to pose and take photos.  It’s pretty exciting. 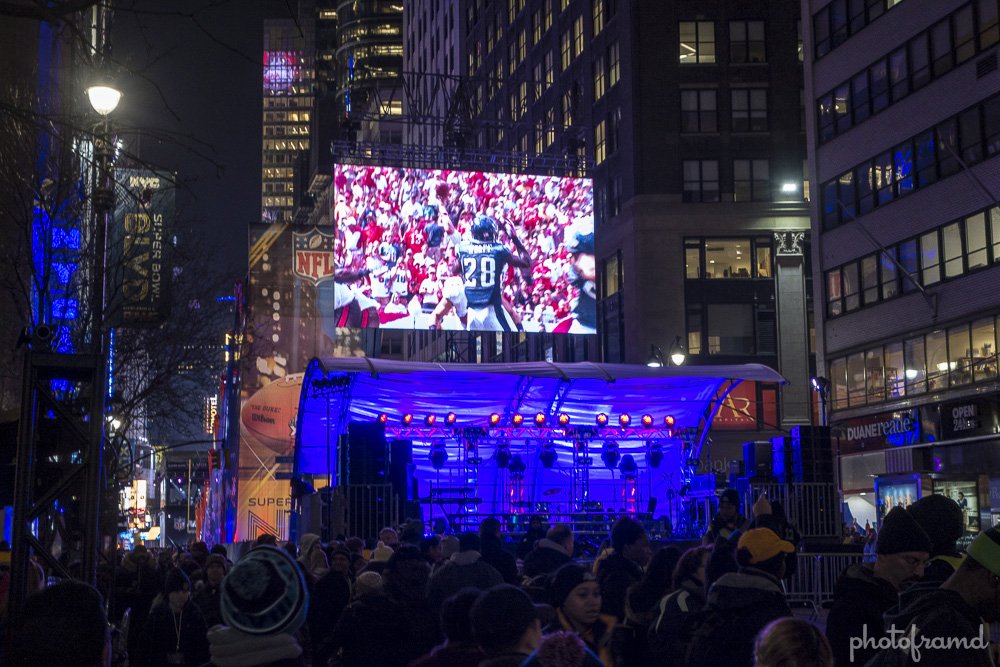 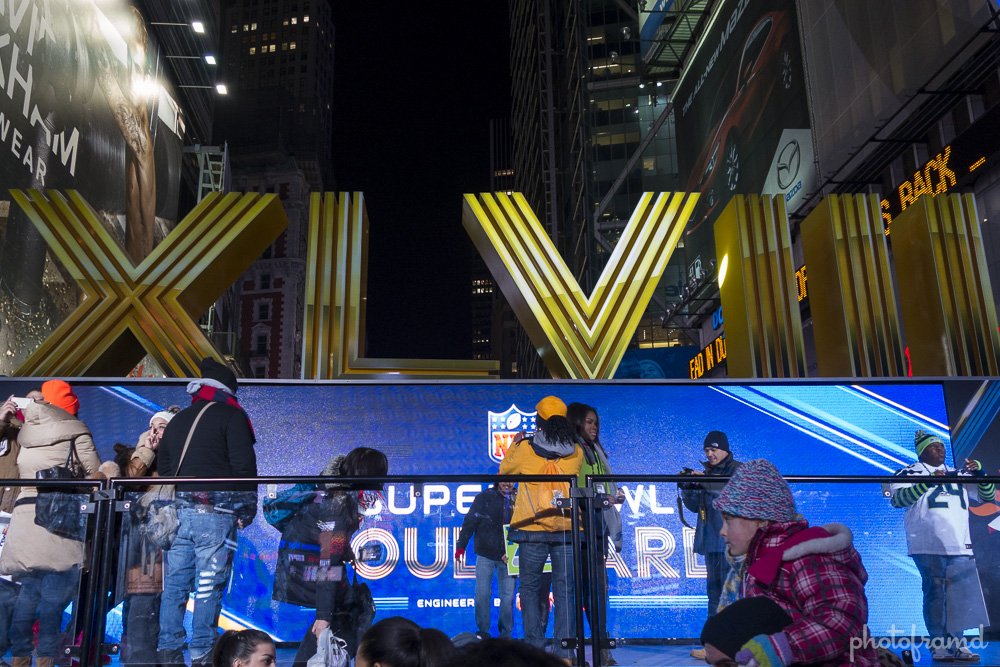 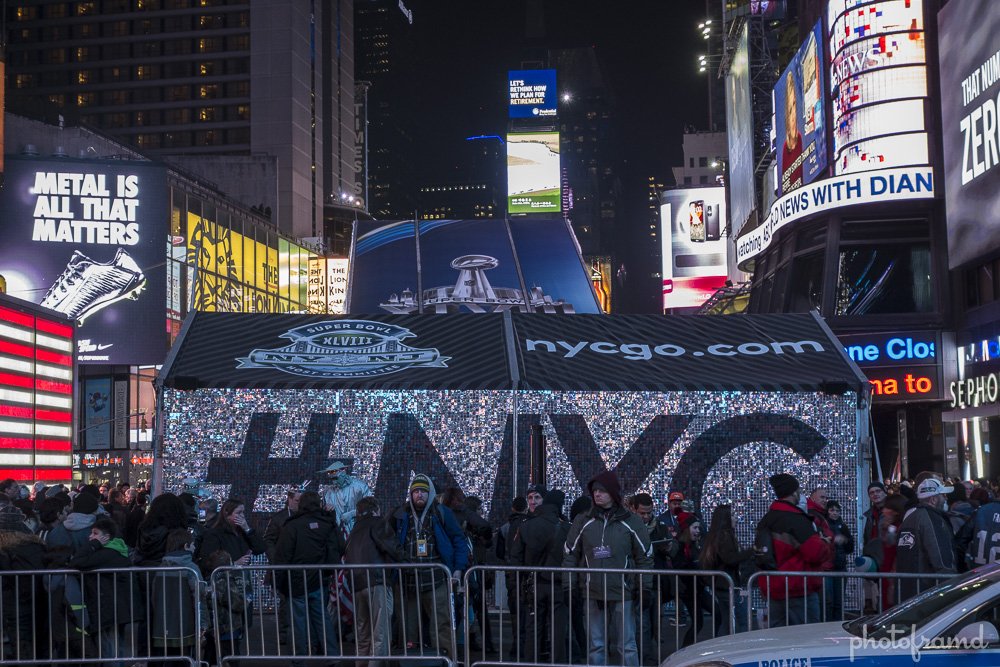 Super Bowl Boulevard closes Sunday after the game.  After that, Broadway is back and New York goes on with plenty of SB48 souvenirs at 50% off 😉