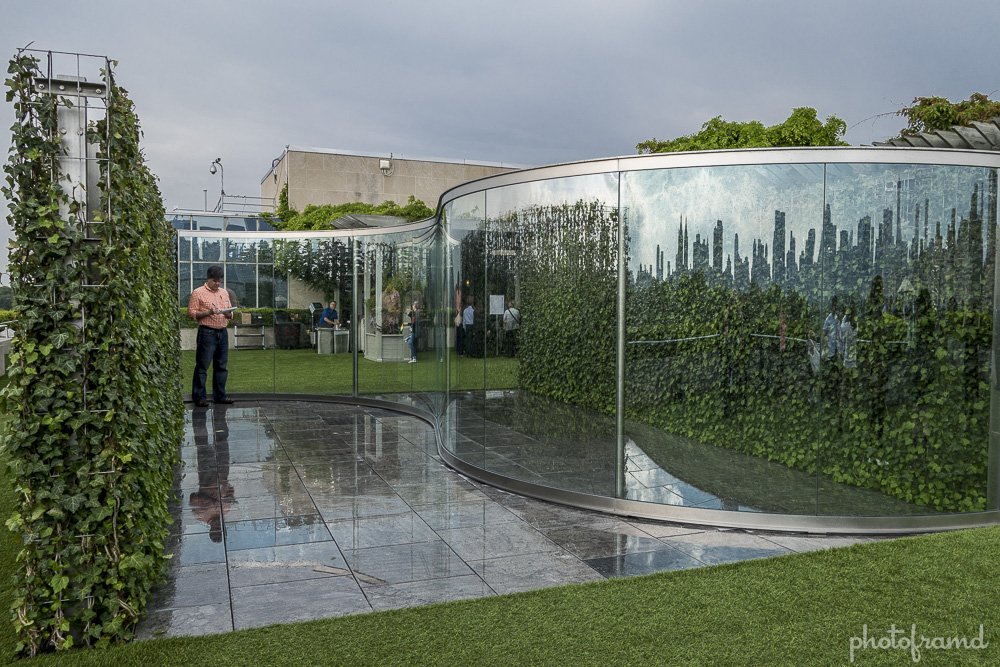 Every Spring, the Metropolitan Museum of Art has a new outdoor installation on their Rooftop Garden.

This year’s exhibit does not even have an official name.  It consists of two walls of vines with an S-shaped divider between them.  Unfortunately, the coolest part is the AstroTurf covering the entire roof.  It’a still a great view of New York City and Central Park.  Take a look: 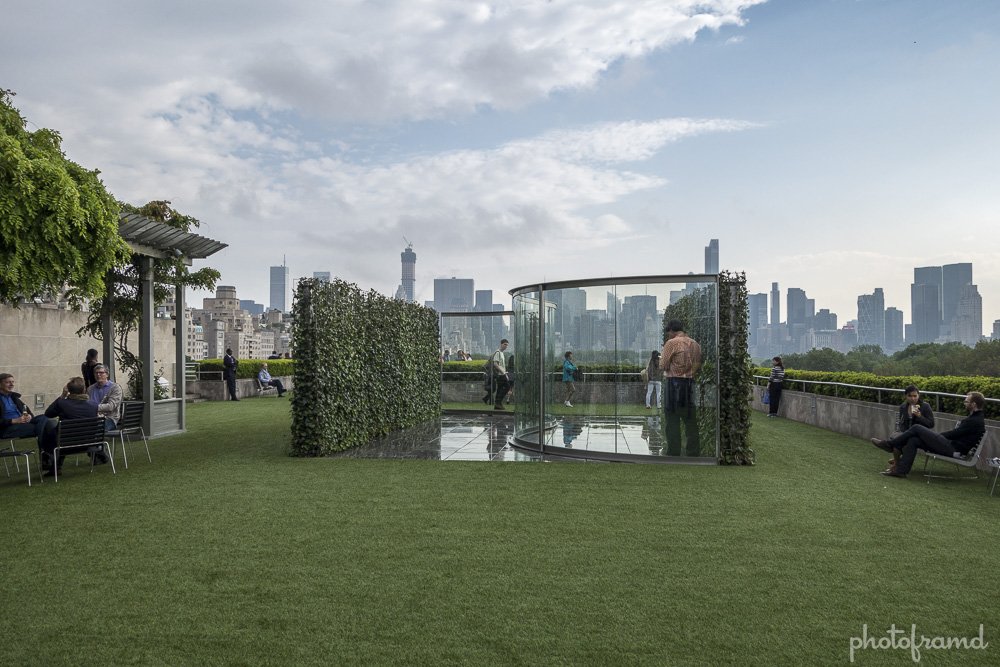 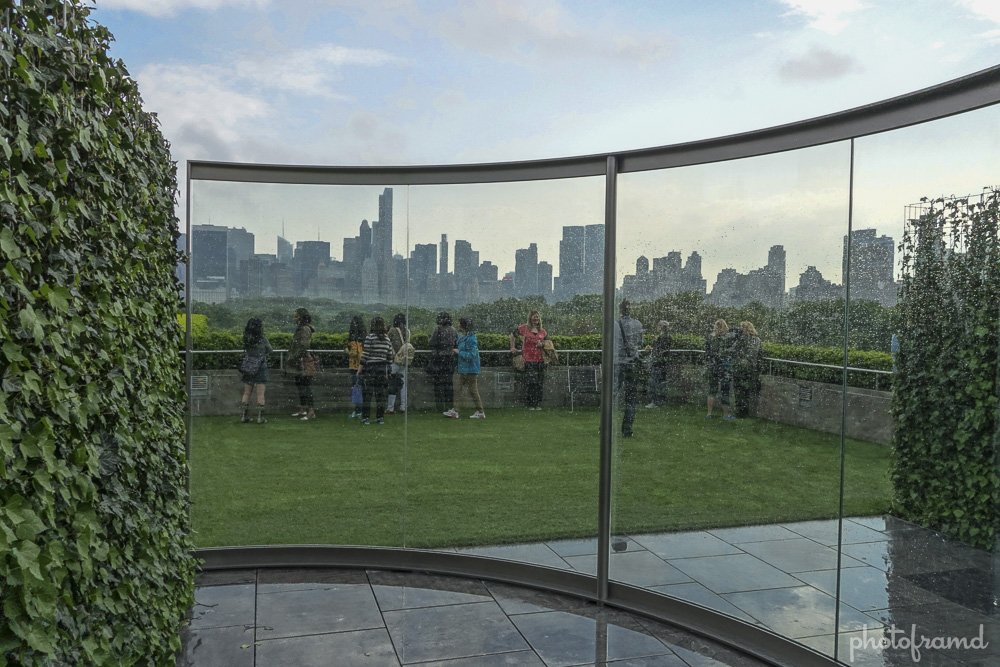 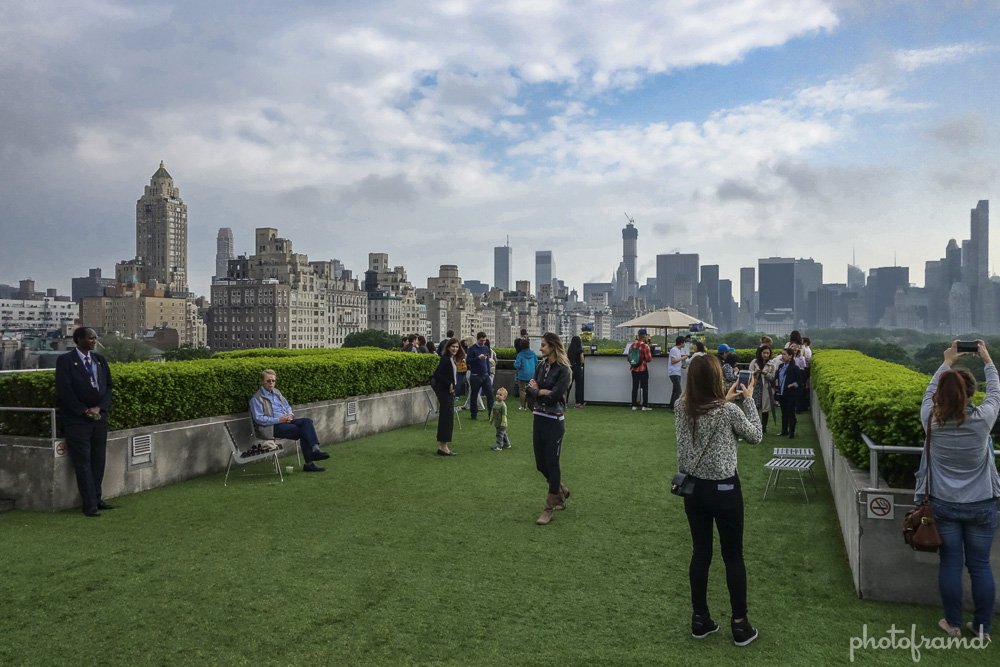 Previous exhibits were much more interesting.

For example, in 2008, there was the exhibit by Jeff Koons below. 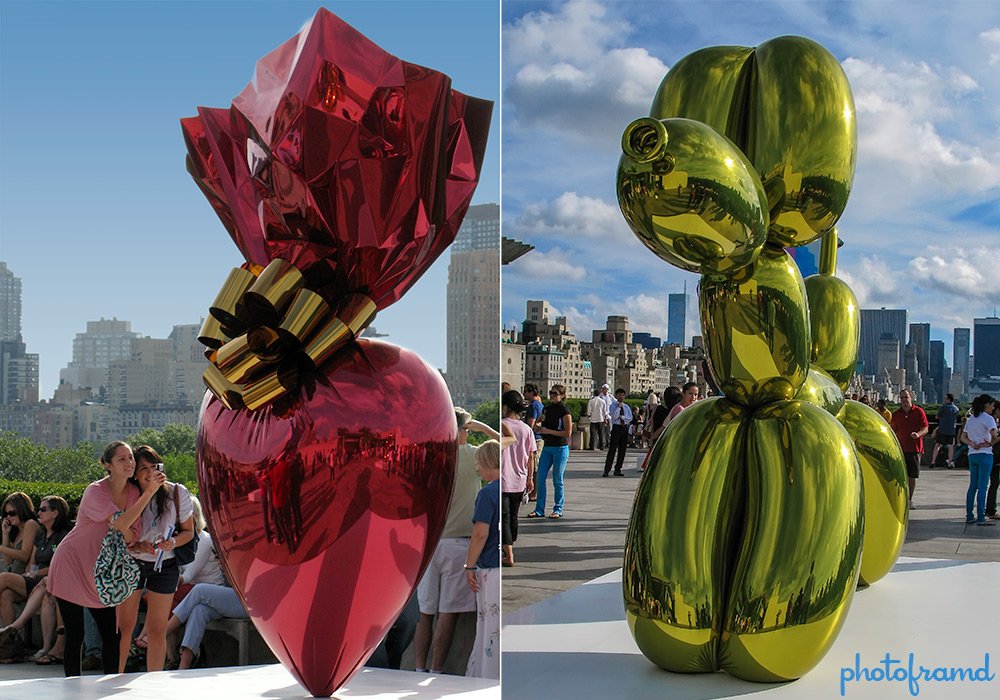 In 2012, there was the massive metal and mirror “habitrail” below. 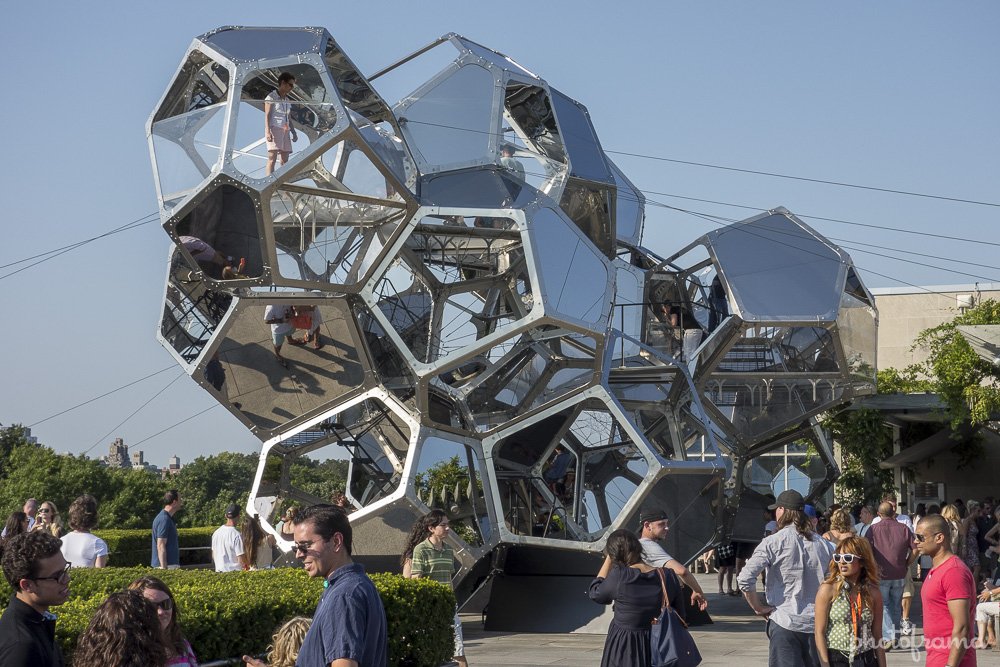 But, one of the coolest was in 2010 with the bamboo jungle called the Big Bamboo.