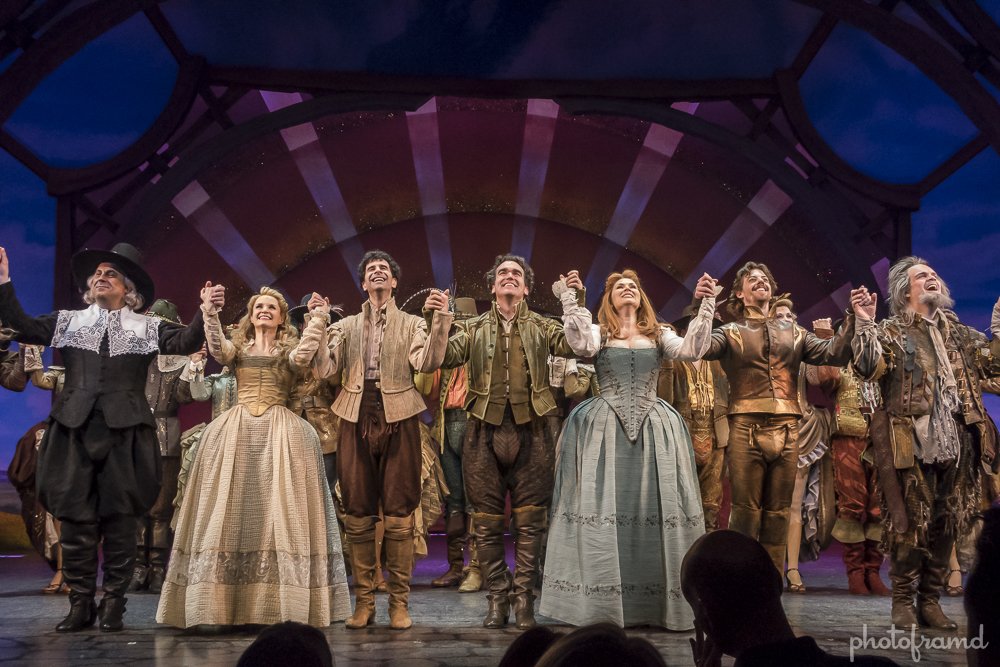 I was eating dinner with friends at Stella 34 Trattoria.  I was talking about all the new Broadway shows this season.  Just then, a crotchety old couple at the next table finished eating and asked me for some Broadway recommendations.  You see, they just saw Something Rotten! on Broadway and hated it.  After seeing it myself, I can understand their reaction.  Something Rotten! is not your typical Broadway musical.  It is more an insider’s parody of the Broadway musical industry than a traditional song and dance.  Unlike my elders, I loved Something Rotten!

Set in the Renaissance, the Bottom Brothers (Brian d’Arcy James from Smash and John Cariani) are playwrights competing against the rockstar Shakespeare (Christian Borle from Smash) to find the next big thing.  One of the Bottoms decides to cheat by visiting a soothsayer to beat the Bard out of his best work.  Unfortunately, he visits Nostradamus’s scrambled cousin (Brad Oscar from The Producers) and the hilarity begins.  It’s a highbrow/lowbrow fusion in the vein of Spam-alot and The Producers, with tongue-in-cheek references to some of the best known Broadway musicals.  Most of all, Something Rotten! is gleefully over-the-top and revels in it!

Dueling Brian d’Arcy James and Christian Borle are wonderful.  In fact, the entire cast was fantastic, especially Brad Oscar and John Cariani, as well as Heidi Blickenstaff and Kate Reinders.  No wonder it received 10 Tony nominations. 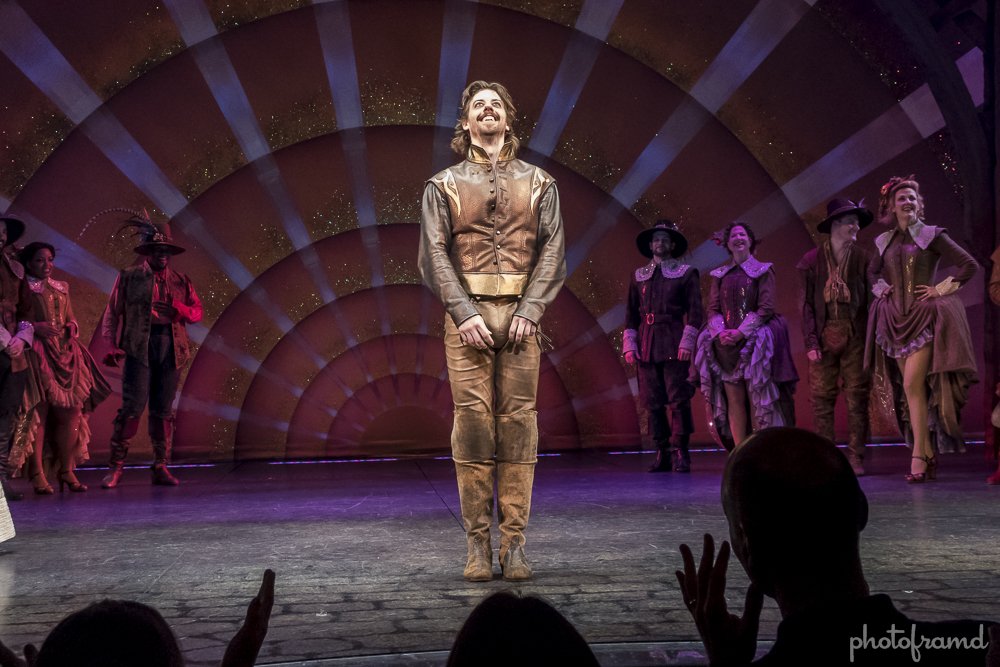 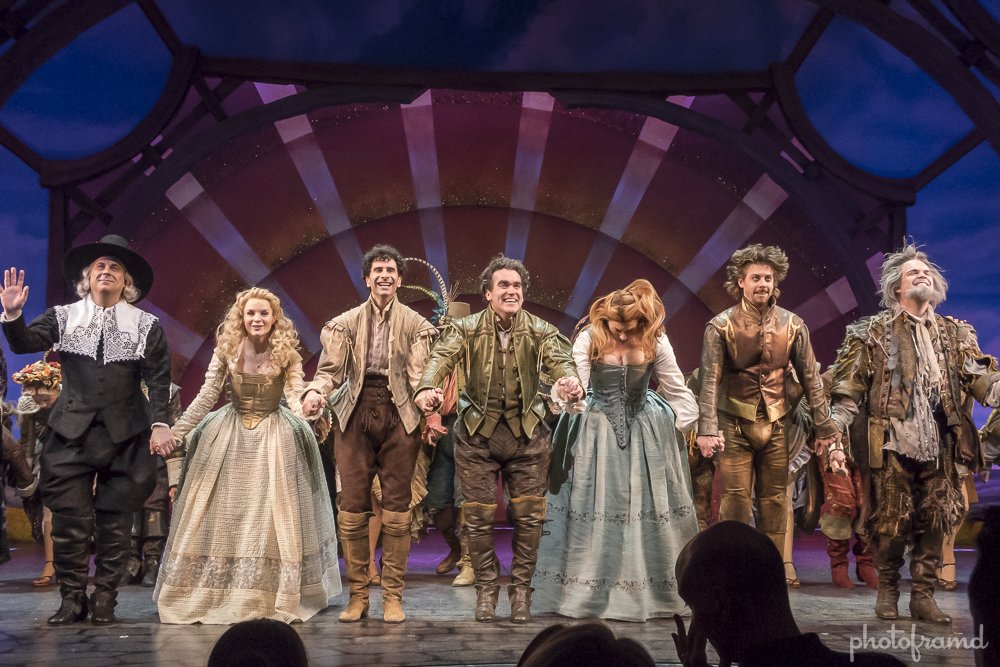 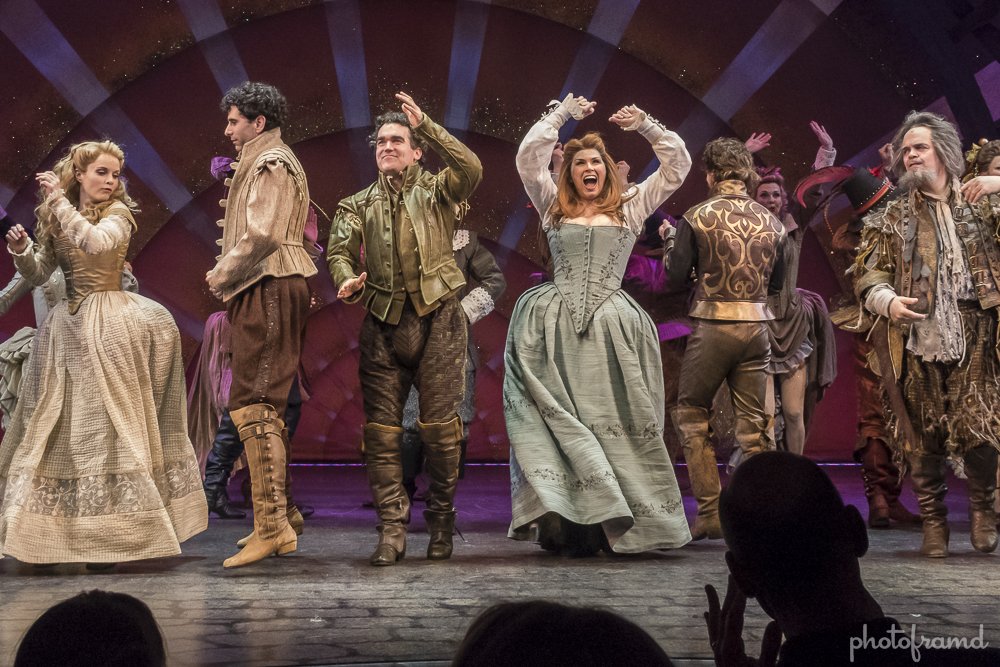 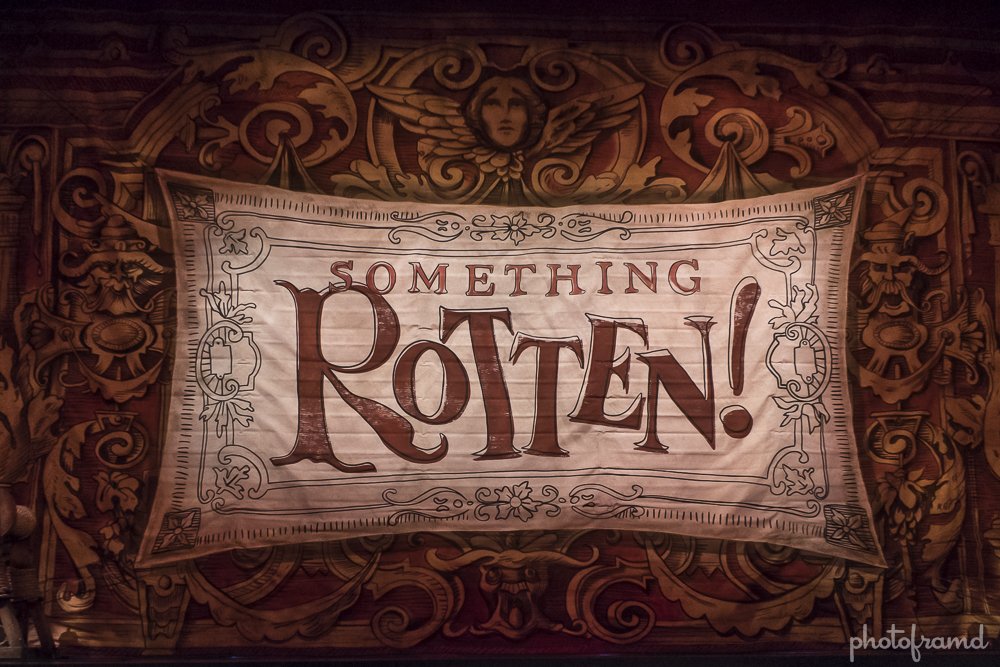 All photos taken with the Canon G7 X