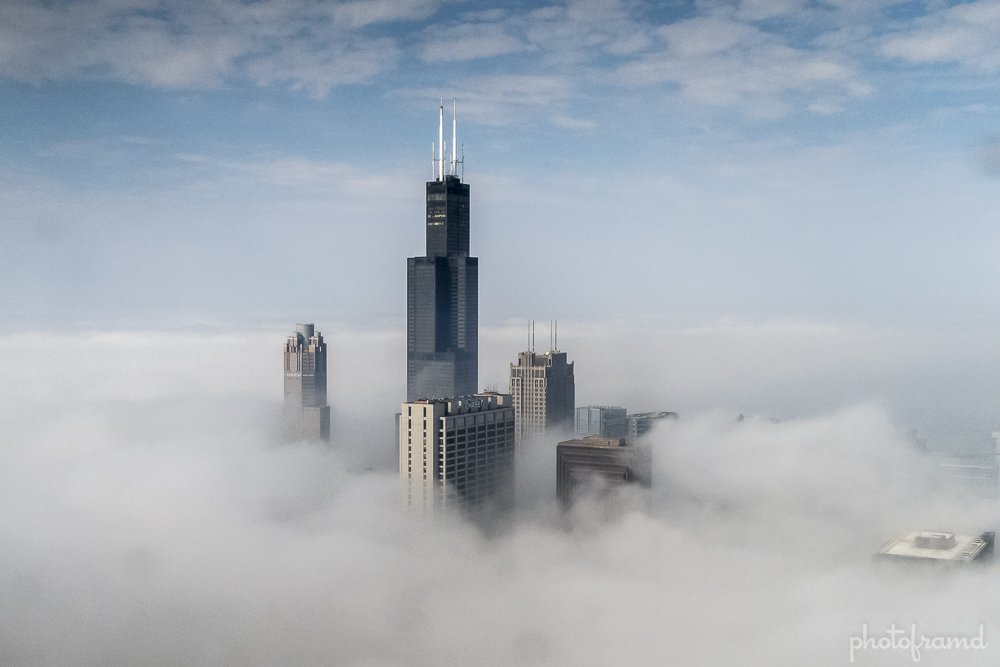 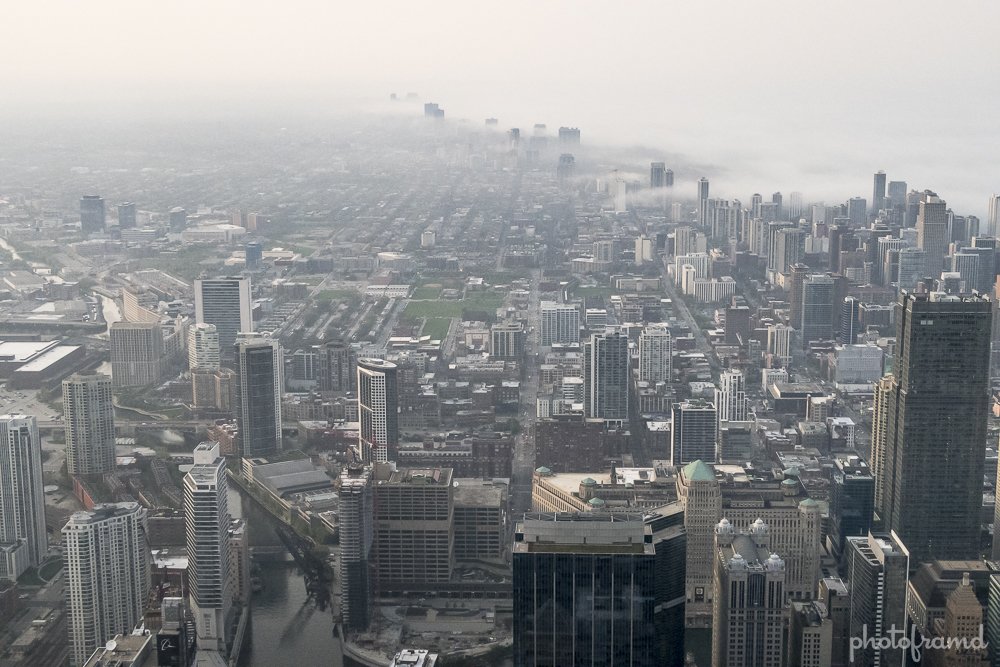 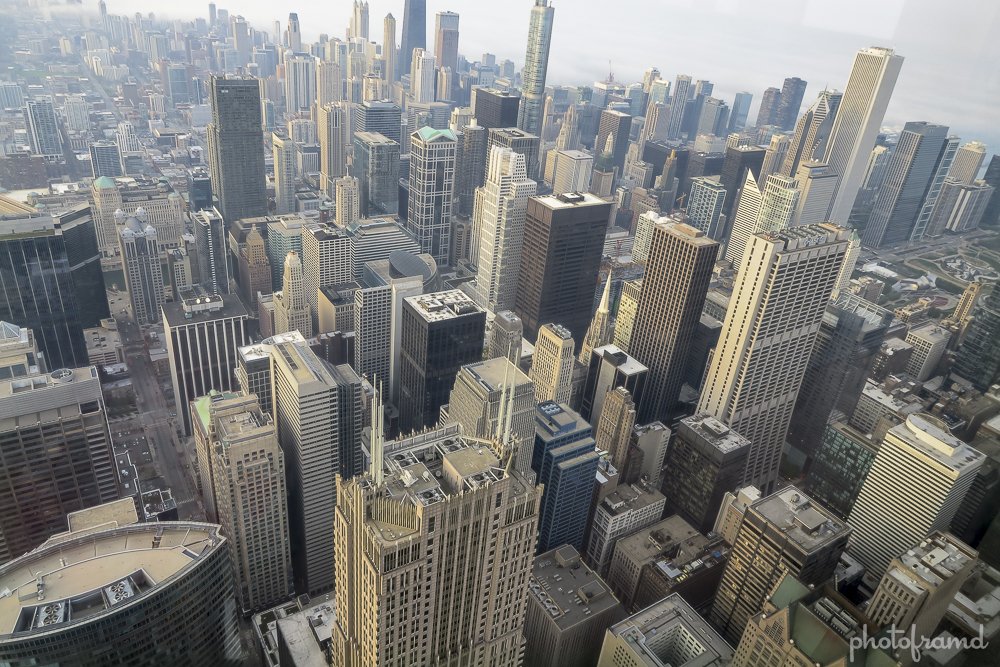 Recently, the Observation Deck added the Skydeck – four 4-foot square cubes sticking out over the edge of the building.  It is very cool and takes a lot of nerve to walk over the ledge. 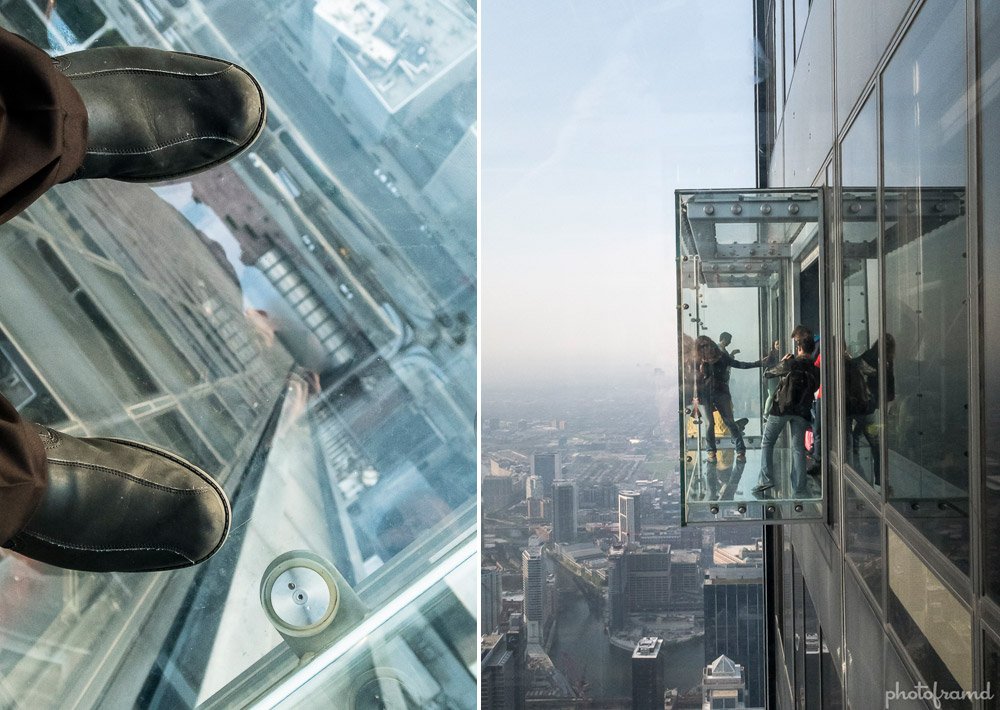 As a photographer, I was disappointed.  The Willis Tower has no outdoor observation area, so all photos were taken behind glass windows … very filthy windows.  In fact, the best view had the dirtiest windows!  The Skydeck windows were clean, but you cannot see the other tall building in Chicago – the John Hancock Building.

As for the Canon G7 x, I am very happy with this little camera as a replacement for my Sony RX100 II.  It offers a touch screen, a better range at 24mm to 100mm but the same sensor as in the Sony RX100 III.  It also acts like a Canon which makes it easy for a Canon user to pick-up.

While I was in Chicago, the fog was insane.  That’s how I took “the city in the clouds” photo at the top of the page.  (That shot was taken from the Aon Building with clean windows!)  To compensate for the dim light, I shot RAW at ISO1600 for most photos.  The results were too noisy and took clean-up in Lightroom.  On the other hand, the HDR shots were perfect.  Nominal noise without the tell-tale fake HDR look.  The only trade-off is the file is saved as a high-res JPG instead of a RAW file.