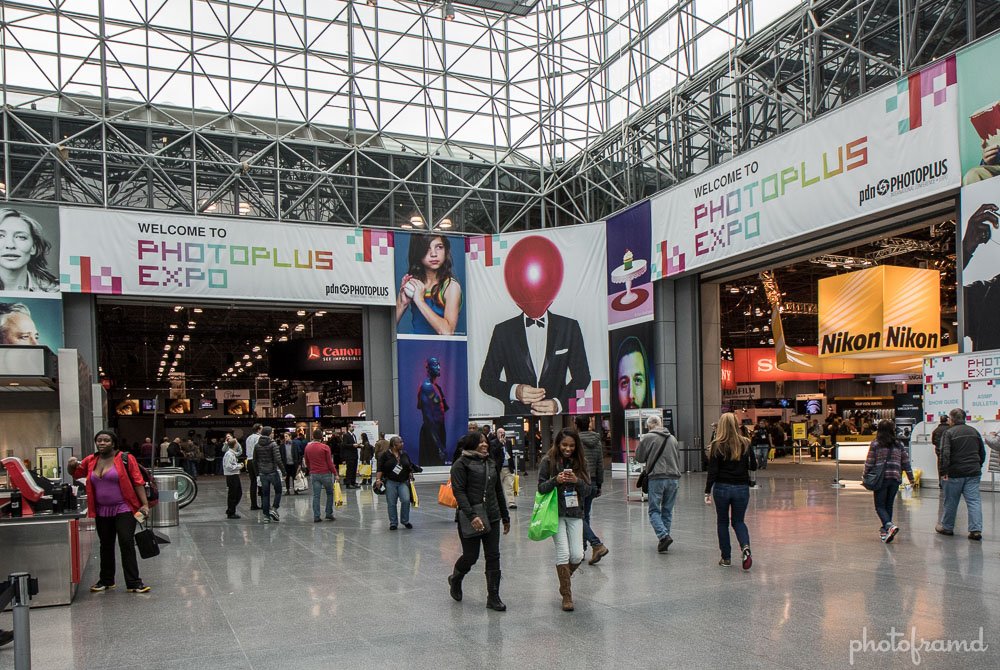 PhotoPlus Expo is getting smaller and smaller!  Even the booths from Canon and Nikon seemed smaller this year.  Drones were everywhere – everything from tiny palm sized training drones to massive 6-blade versions capable of carrying pro equipment.  But, my favorite thing about Photoplus Expo is seeing the small innovative companies. 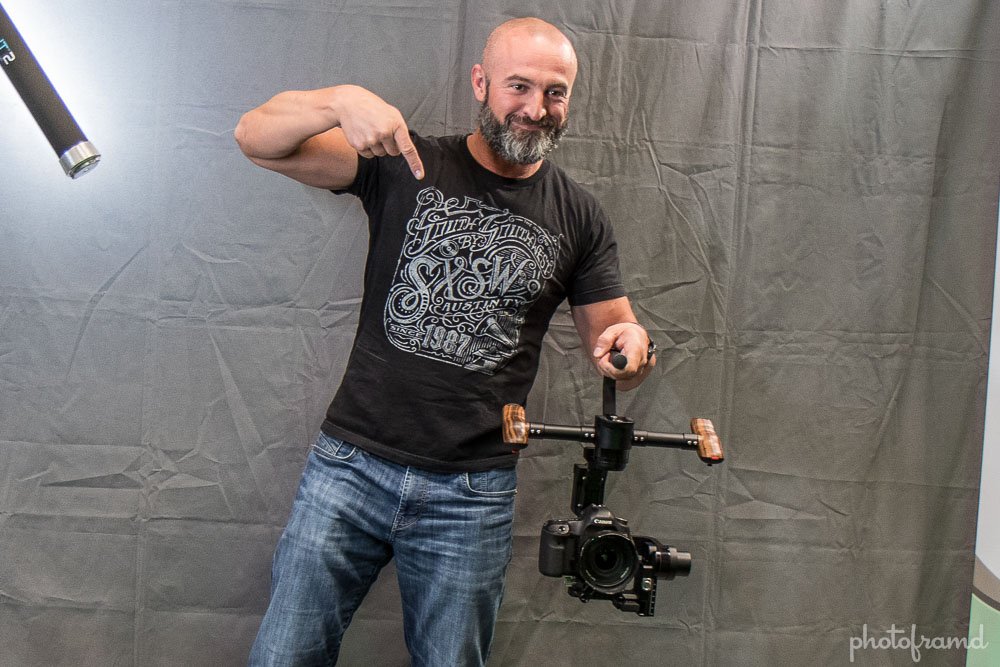 Now this thing is COOL!  The Wenpod MD2 is a small 3-axis image stabilizer capable of handling full-sized DSLRs up to 8 pounds.  It takes about 5-minutes to assemble and mount your camera and another 5-minutes to auto-calibrate.  It’s solid but light since it’s made from an aluminum alloy.  It has joystick controls built into the handles and claims a battery life of 6-hours.  You can quickly switch it from a standard mode to a lower level mode.  It will even mount to a tripod/monopod like a gimbal. 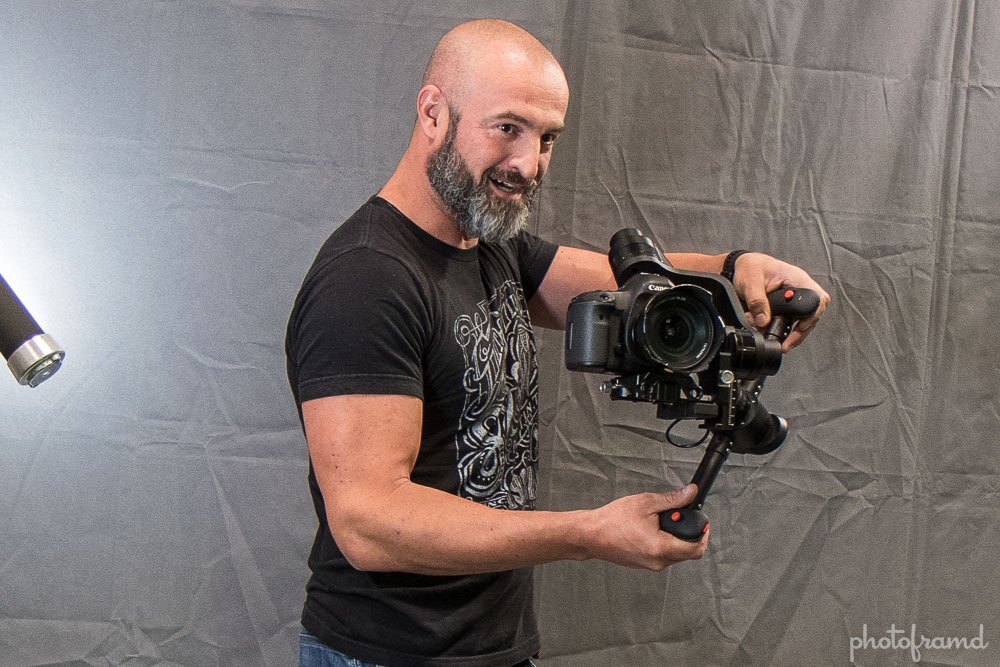 And each axis on the Wenpod MD2 is a full 360-degrees.  You can fully spin the camera.  There is nothing else like it on the market that is this small, light, compact yet motorized.  It is made in China and they are currently working on US distribution.  I was luck enough to buy one at the show and will be posting videos.  Did I mention … it is COOL??!! 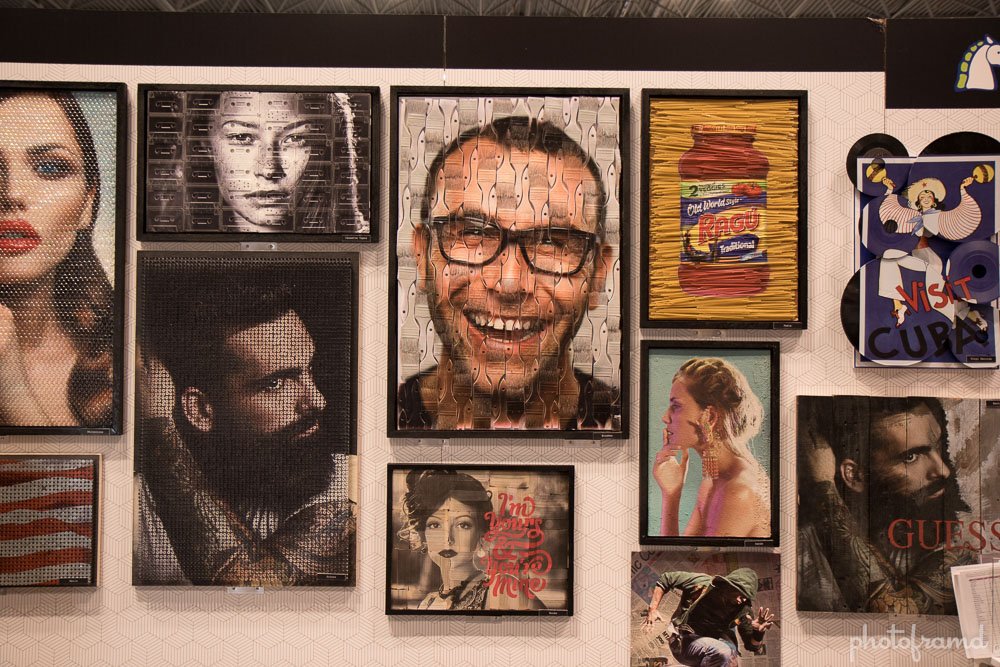 Looking for a more unconventional way to display your photos?  Unicorn Graphics in Garden City, NY offers a patented printing process which can print on three dimensional items.  The results are stunning!  This wall featured samples printed on paint brushes, screws, rusted metal, coffee beans, pasta and even toast! 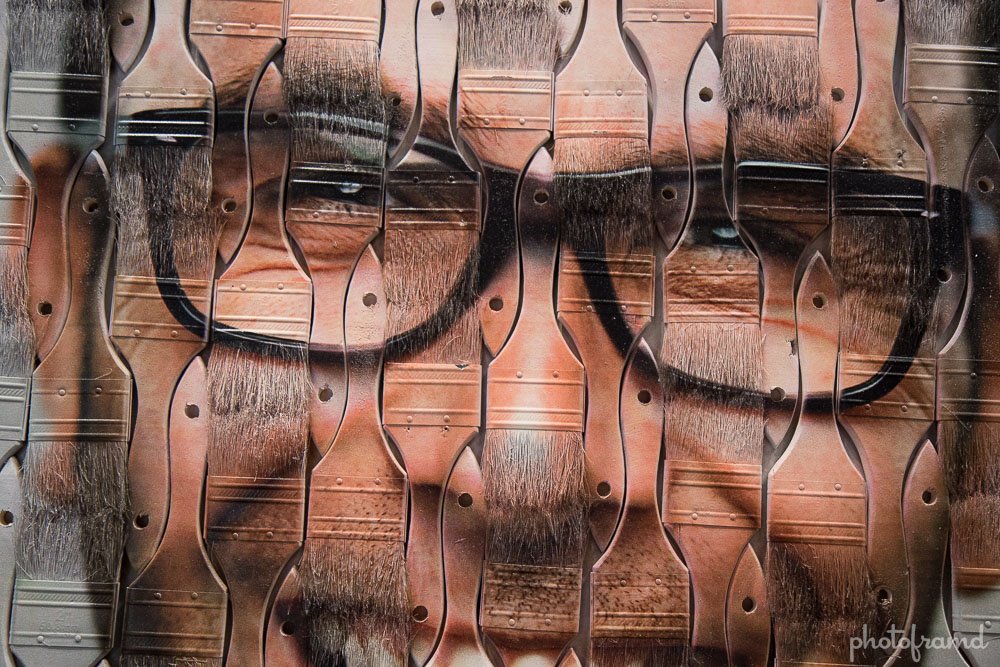 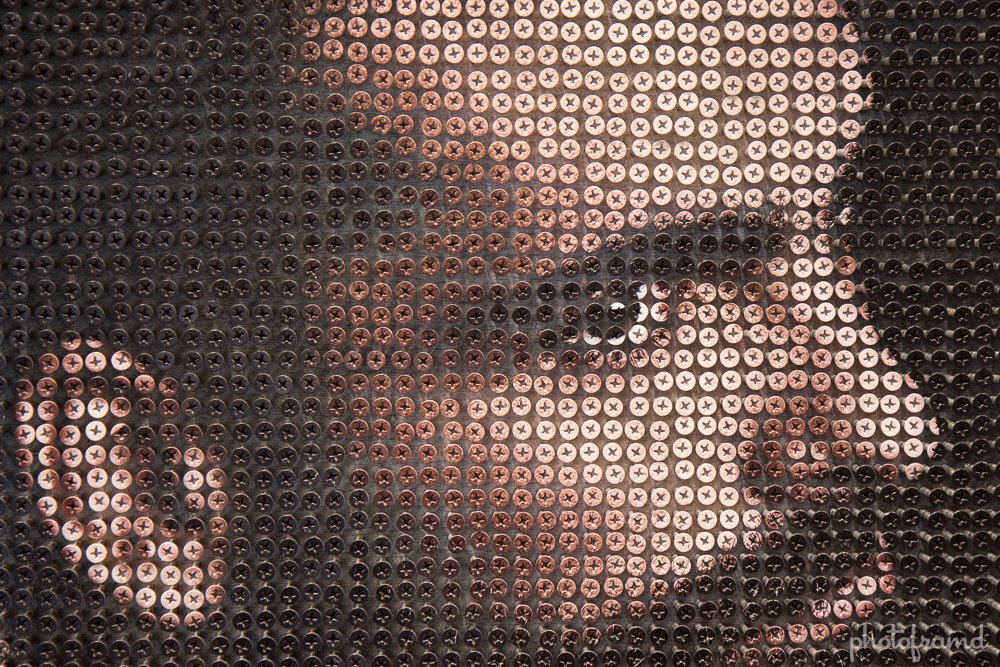 The results are stunning and the non-food prints should last as long as a traditional print. 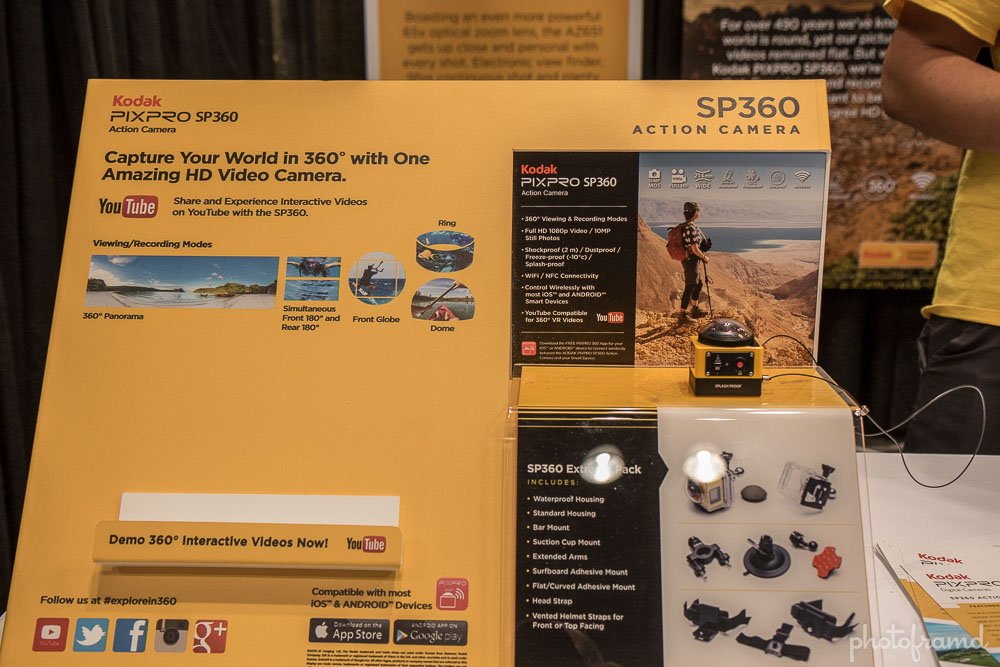 It looks like Kodak finally has a winner!  The Kodak SP360 is tiny.  It is much smaller than a GoPro yet it can record videos or photos in either 360-degrees or flat.  You can even make interactive 360-degree videos that will rotate on demand.  Although a 4K version was announced, that will not be available until late next year. 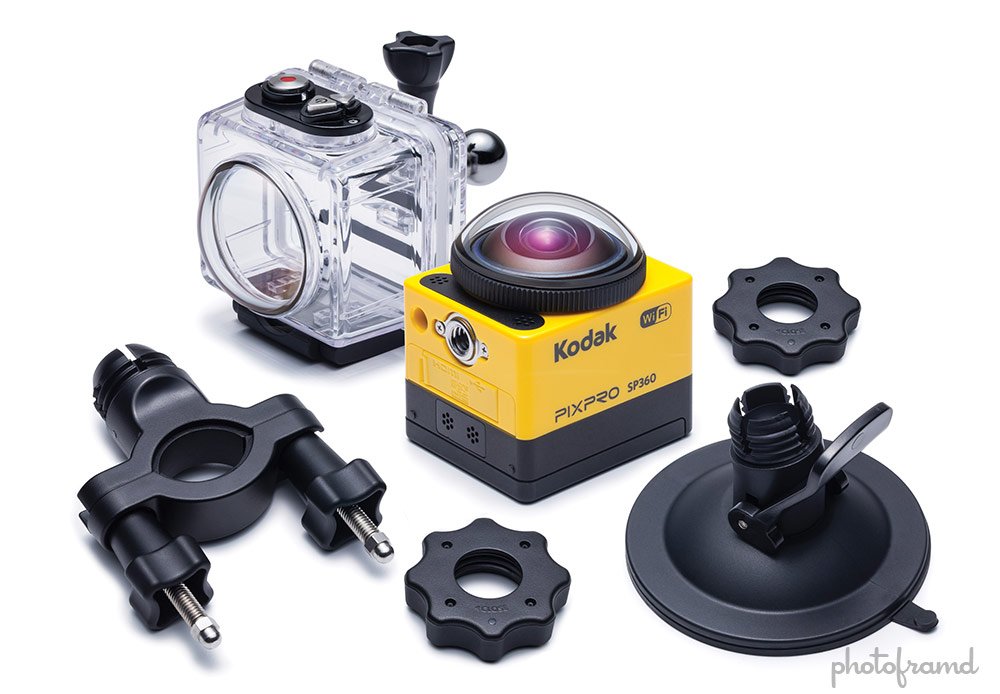 Costco has a great offer now for the Kodak Pixpro SP360 Extreme Bundle for under $300.

Back to the Future with Samsung! 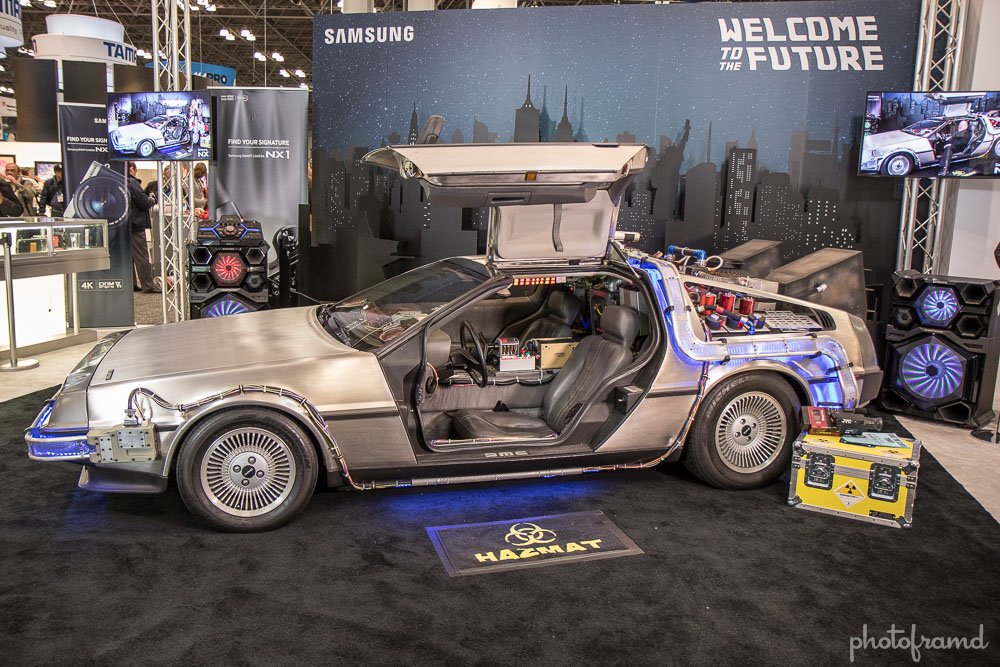 In spite of the rumors that Samsung was leaving the camera business, they actually had a big booth.  Or, did they just arrive on Back to the Future Day?