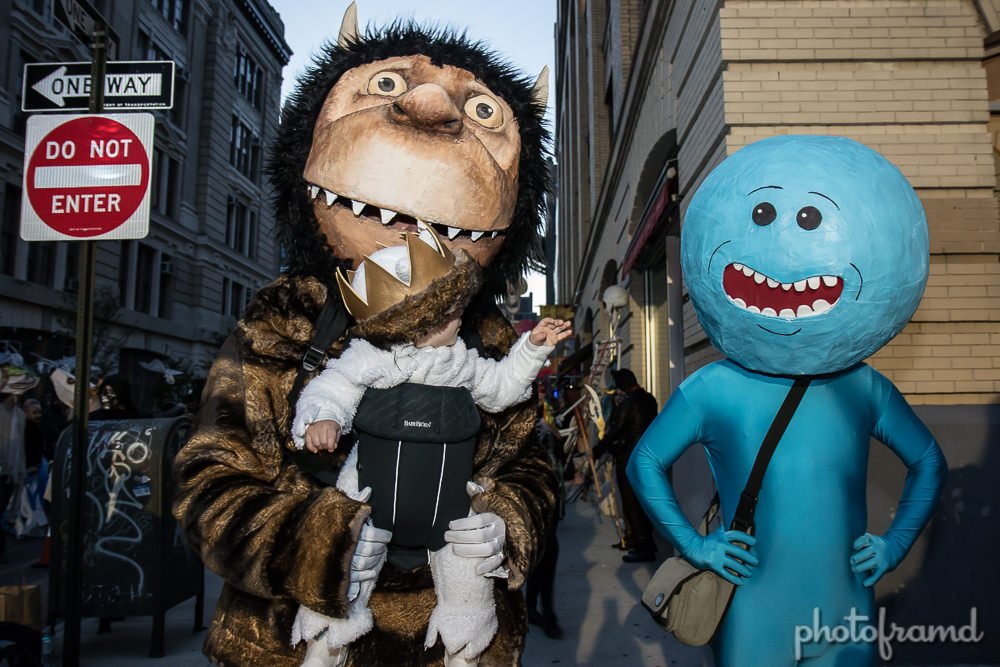 The New York City’s Village Halloween Parade celebrated its 43th year on Monday. In spite of the chilly 47°, there was an incredible crowd with many creative costumes. “Reverie” was the Parade’s theme, so many costumes played with daydreams.  As for groups, there was an incredible debut of the Nightmare Before Christmas.  All costumes were hand-made by one talented person – Brent.  Z100’s Elvis Duran was Grand Marshall.