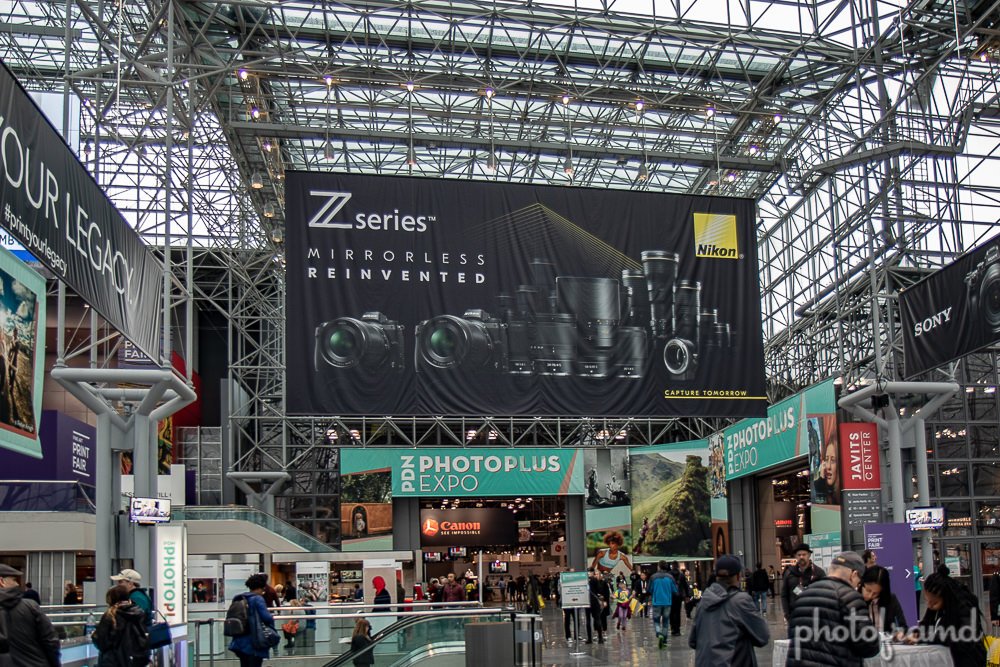 PhotoPlus Expo was held this past weekend at the Javits Center in New York City.  And, for the first time in the past 10 years, the show floor did not shrink!  There were 200 vendors this year with the megabooths by Canon, Sony and Nikon.  Fuji, Sigma, Olympus, Epson and Tamron also had large areas.  It’s great to see the brands that you love put on a show!  But, the reason I go is for the cool products!  Most of the time, it is the little guys that really impress me.  And, then there is Canon… 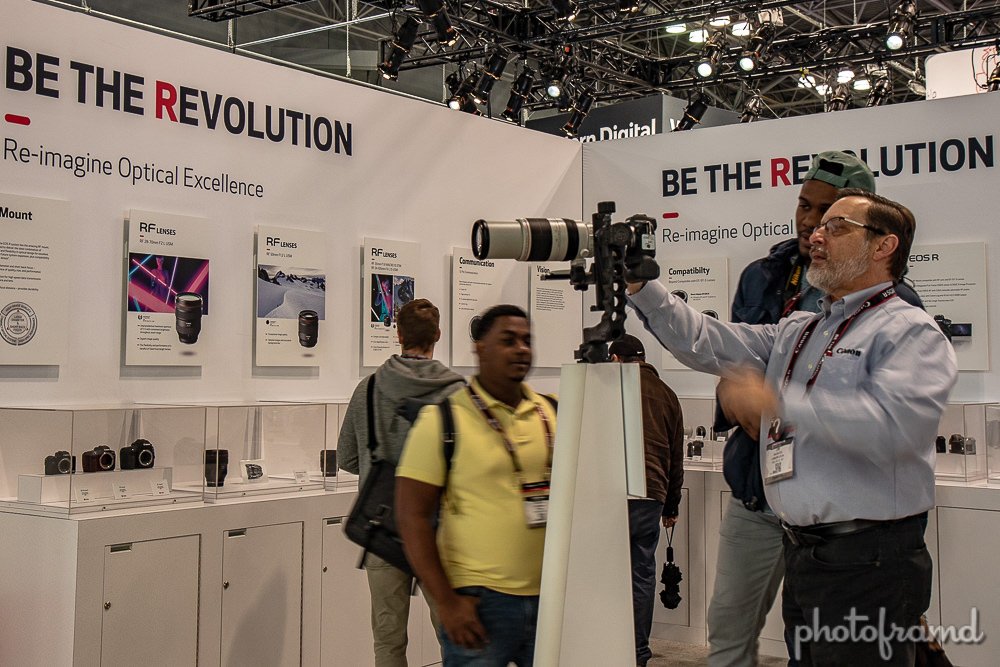 I have been very disappointed with Canon over the past few years.  While Sony continues to ipush 4K and Panasonic just announced its 8K sensor, Canon has sat back.  Being the worldwide leader in digital camera for the past 10 years, they can take it slow.  But , that changed with the EOS R!  You might have heard about this camera.  It is basically a DSLR without the mirror.

Unlike Canon’s half-hearted effort with the M Series, the EOS R is meant to be the first camera in a new product line with a 20-year path.  Honestly, I was surprised by the camera.  It looks and feels like a small DSLR.  It is not tiny like the Sony a7S.  All buttons, controls and menus are easy to find but moved around.  The Power Switch is a round dial where the Mode Dial usually is.  And, you switch modes with a digital display dial on the right.  There is also a Multi-function Touch Bar on the right.  It’s really a cool layout but will take time to get used to.  And, it packs the same full-sized sensor that is in the Canon 5D Mark IV but with a Digic 8 processor.

My first concern was the lack of a Joystick to adjust the focus point.  I remembered reading this in a few early reviews.  When I asked the Canon Rep, he said the rear Touch Screen stays active even when using the Digital Viewfinder.  You simply scroll your thumb on the Touch Screen to move to one of the 5655 focus points.  Really cool!

So, do I want one? YES!  But, I will wait.  As cool as this camera is, it is slow shooting only 5 frames per second.  That drops down to 3 or 1 frame per second depending on the mode.  Canon is promising a firmware update to fix that before the end of the year.  There are rumors of a Pro camera and even a crop-sensor camera being released in the EOS R line, so I will wait to see where Canon takes it. 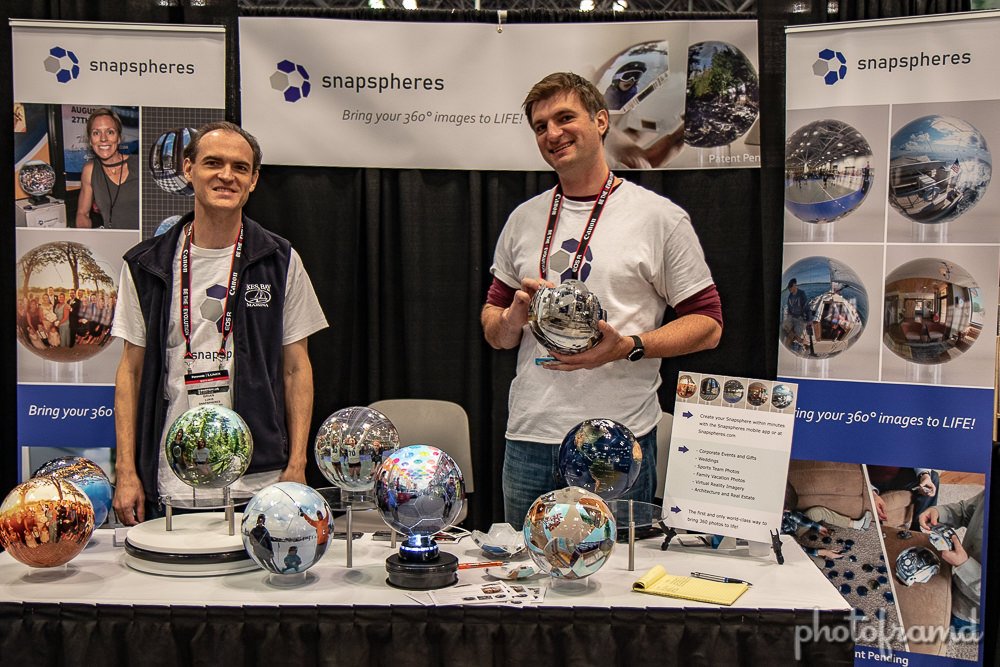 With all the excitement around shooting 360-degree photos and video, displaying those images in the physical world was impossible until now!  Snapspheres takes those 360 photos and prints them on 7-inch round spheres that you can assemble magnetically and take apart in minutes.  It’s a photo ball that you really want to pick-up and look at!  Priced at $140. 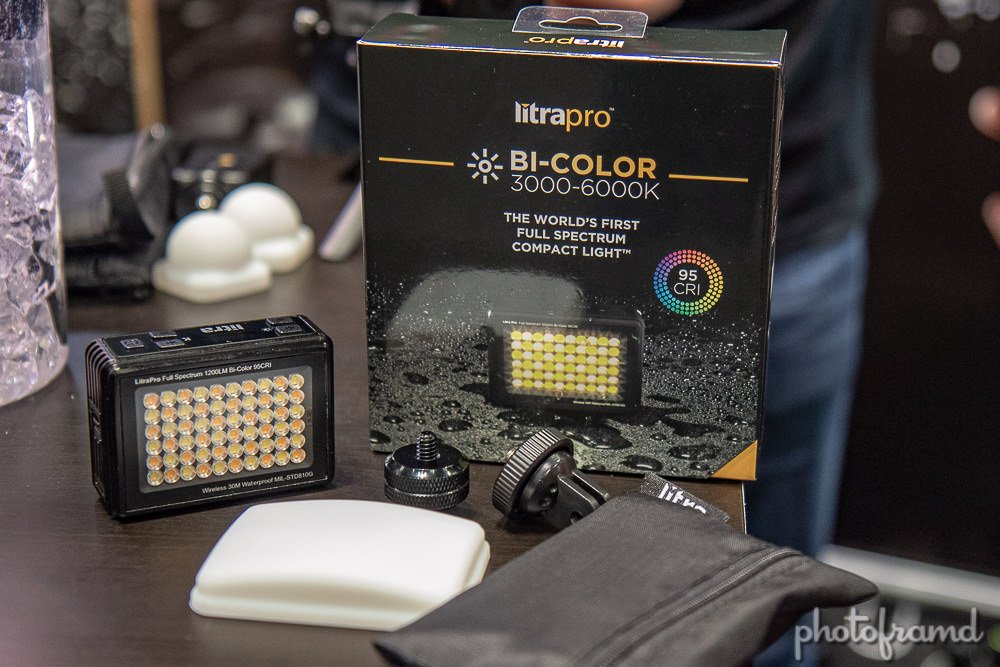 Directly across from the mob at Lumecube was a small booth for Litra.  They had their version of the Lumecube for about $20 cheaper.  But, they also had this compact 6-oz 1200 Lumen LED light!  It is a full-spectrum, factory calibrated light with adjustable temperatures between 3000k – 6000k.  Tiny, powerful, flicker-free, rugged and waterproof, it lasts for 50 minutes at full strength and 5-hours at 50%!  It comes with a soft diffuser but they offer an add-on Soft Box which collapses flat.  There is even a Android/iOS App to remotely control the light.  This is a cool company!  Priced at $220 for the LitraPro and $45 for the  Soft Box add-on. 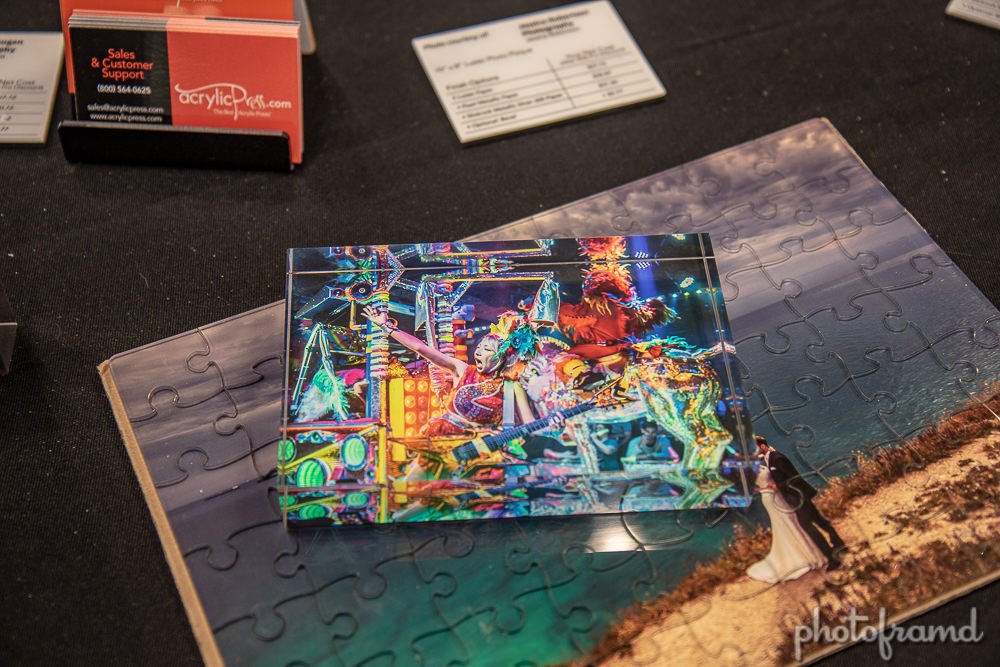 Acrylic Press is a family run business that has specialized in acrylics for 40 years.  Of course, they make the big wall mounted displays.  But, it was the Photo Cubes that caught my attention.  They print the photo on metallic paper to make them really pop!  At under $30 for a 4×6, they are really a great gift idea!  Acrylic Press offers a wide variety of photo products including puzzles, luggage tags, clocks and even coasters. 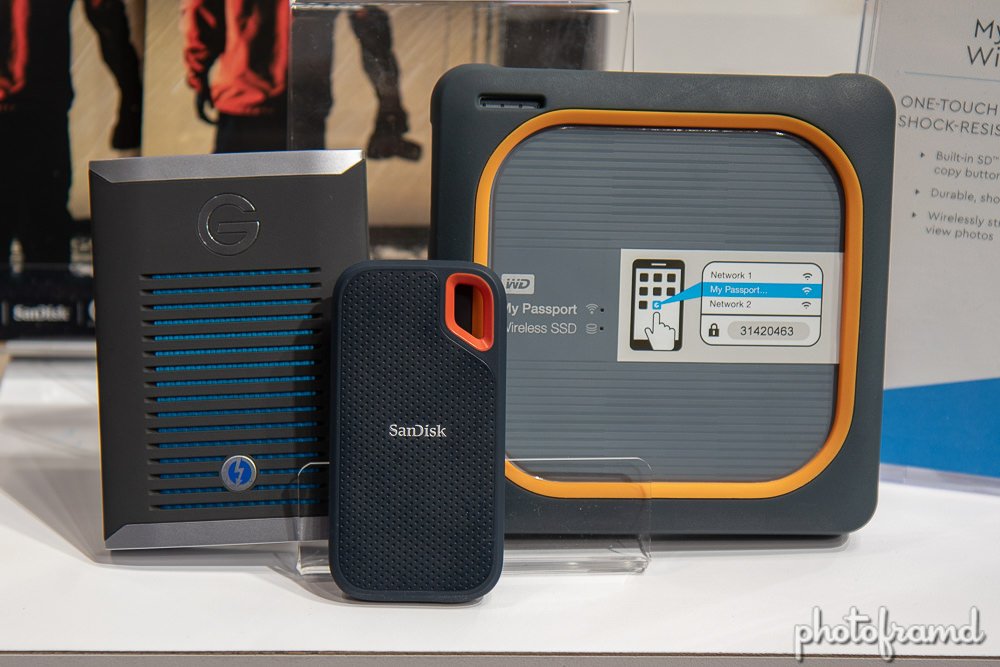 Sandisk is a very confusing company.  They are not clear on their brands and tiered products.  Which Extreme SD is card is really their top of the line? But, they do offer some interesting products.  The SanDisk Extreme® Portable SSD (center) can store up to 2 TBs with read speeds at 550mb/s!  The WD My Passport Wireless SSD Backup will read and copy SD cards without a computer and create a personal WIFI to connect to 5 devices.  The G-DRIVE Mobile SSD comes in either a USB-C and Thunderbolt edition with storage up to 2 TBs. 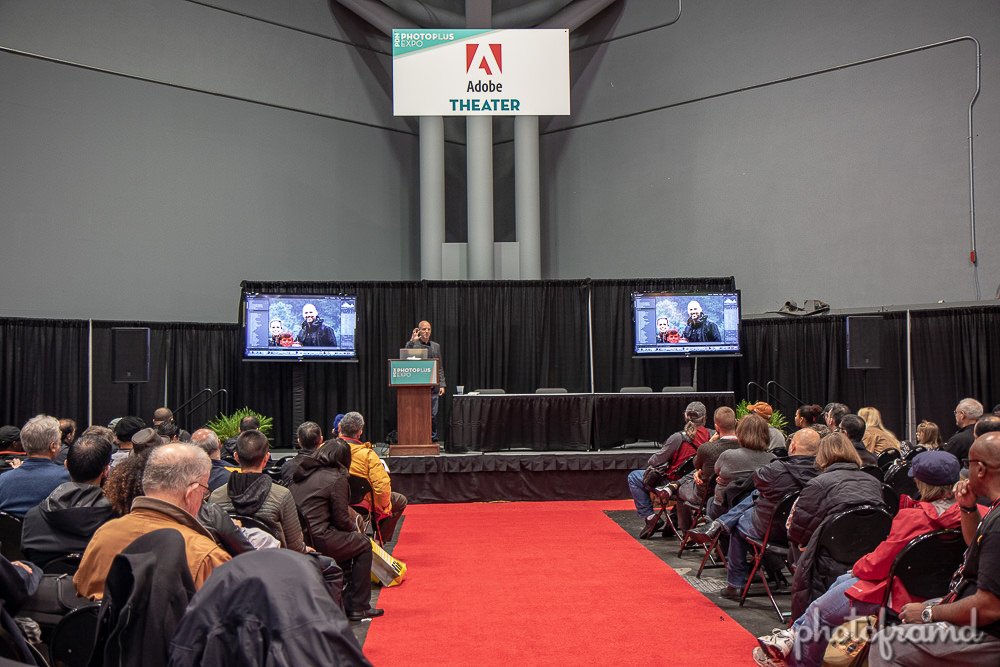 For the first time in years, Adobe offered free seminars on such products as Lightroom, Photoshop and Premiere!

Overall, PhotoPlus Expo 2018 was a good show.  Can’t wait for next year!