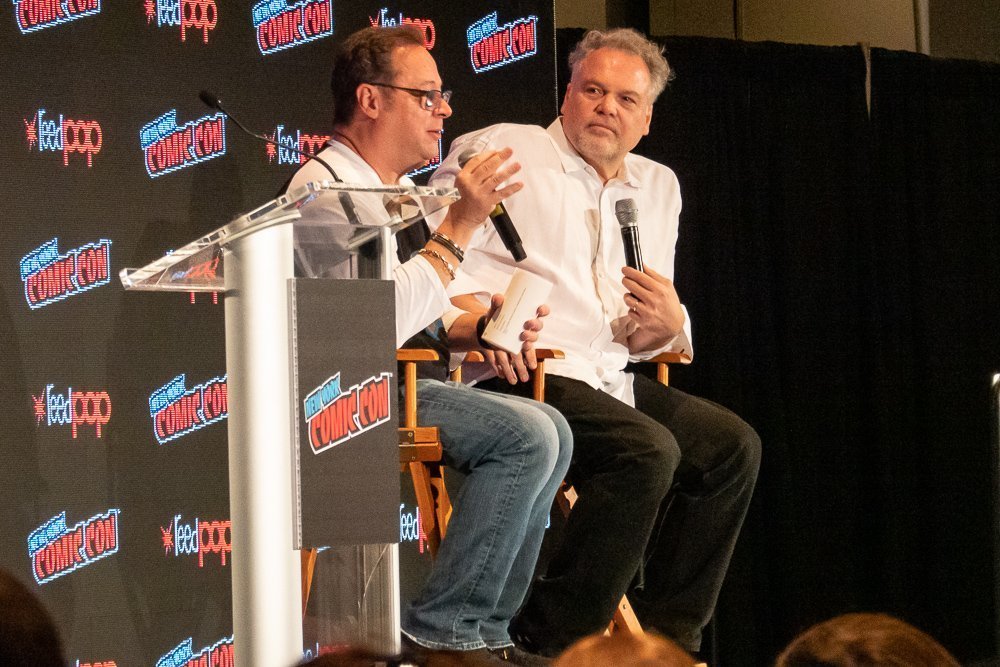 Vincent D’Onofrio was the surprise guest at Cup o Joe panel yesterday hosted by Marvel’s Chief Creative Officer Joe Quesada.  D’Onofrio discussed his childhood love a magic and when he started acting.  He recounted tales of working with Stanley Kubrick on Full Metal Jacket and how his friendship with Matthew Modine lead to the role.

When the floor was opened to audience questions, it quickly turned to his role as Kingpin Wilson Fisk on Netflix’s Daredevil.  Although the show was recently cancelled by Netflix due to the impending launch of Disney+, Kingpin is a popular villain in the Marvel Universe.  When asked if D’Onofrio would reprise his role, Quesada quickly interceded saying that we can’t discuss the future of the character at this time.  D’Onofrio did say that he would love to reprise the character and enjoyed the freedom that the Marvel team gave him with the character.  He even selected suits portrayed in the comic to define his TV wardrobe.

Since the cancellation of Daredevil by Netflix, there have been rumors of the show ultimately making its way to Disney+. Both Charlie Cox and D’Onofrio seem open to the possibility, so it may be just a matter of time.