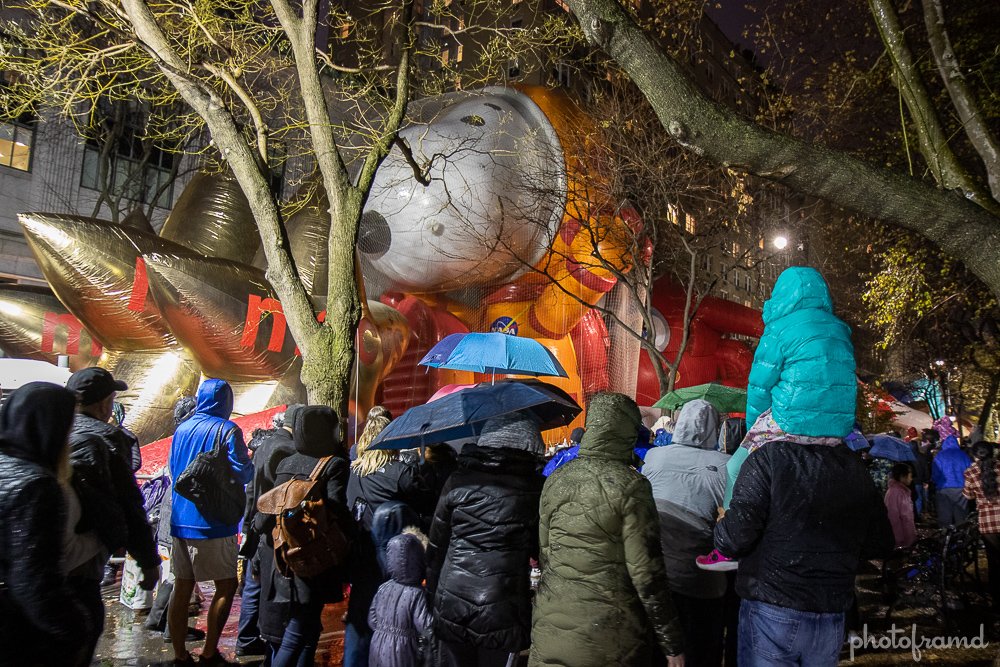 The balloons are ready for the Macy’s Thanksgiving Day Parade!  The inflation completed on 77th St & 81st St near the American Museum of Natural History.

For almost a week, we have been hearing that 40 MPH winds were expected on Thanksgiving Day.  If the winds are over 23 MPH with sustained winds of 34 MPH, the balloon may not fly or will be kept very low to the ground (like a float).  This is a NYC regulation after the 1997 incident when the Cat In The Hat balloon collided with a street light and injured two women.

And, if the threat of winds was not enough, a sudden down pour had people scrambling for cover.  At least the wacky weather kept the crowd manageable. 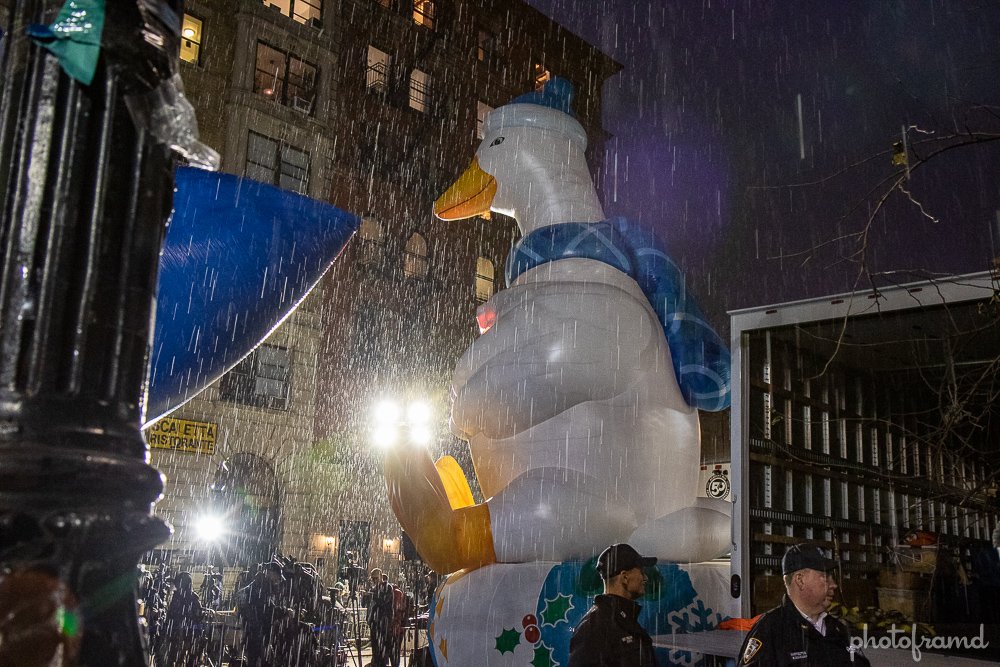 New balloons include Astronaut Snoopy, Green Eggs and Ham, Love Flies Up To The Sky (the giant sea anemone), Smokey Bear and Spongebob Squarepants & Gary.  Frozen’s Olaf is appearing again this year, in addition to being featured in the holiday display of Macy’s competitor Saks 5th Avenue.  Just Let It Go, Macy’s…Let It Go…

Take a look at the rest of my photos.  All photos taken with Canon 7D Mark II and Canon 17-55mm EF-S Lens.