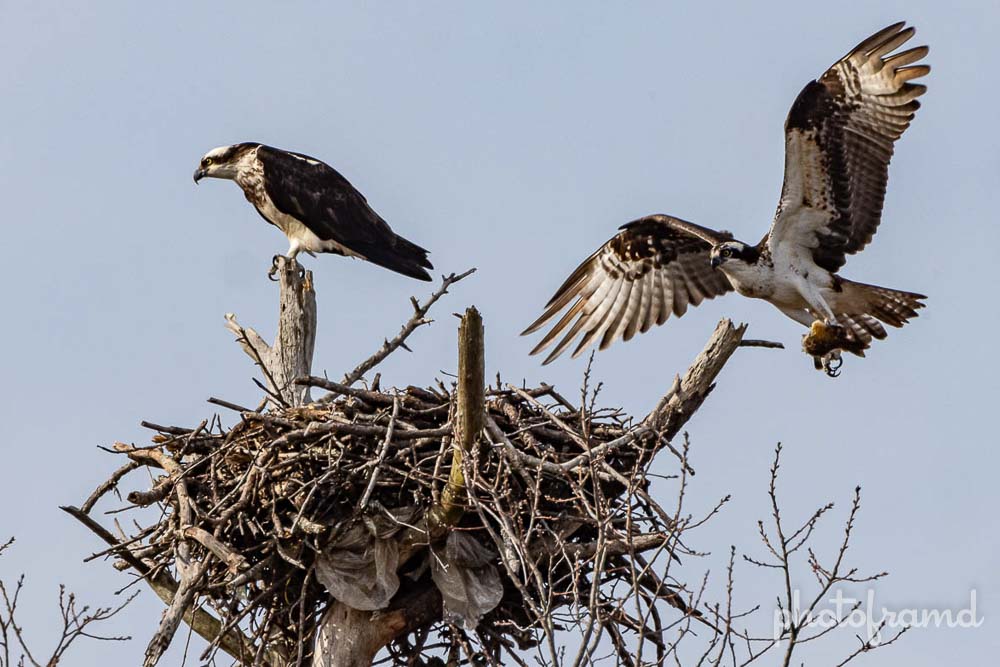 If you have ever seen a giant nest off Sunrise Hwy and wondered what kind of giant bird built it, the answer is simple … an Osprey!

I still remember when the NY Department of Environmental Conservation worked with local groups in the 80s to build platforms to encourage Osprey population to nest on Long Island. Their program included releasing 40 young ospreys in the area. Today, Ospreys return year after year to Long Island as their Spring Breeding Ground.

There are several parks on Long Island where you can see Ospreys from March through October. But, none have the concentration that Wertheim National Wildlife Refuge has. During Spring 2021, I counted 11 Osprey nests visible on the 4-mile trail to Indian Landing. Although mating season is typically from March to April, Osprey parents and children will continue to hunt fish throughout the season. So there are plenty of Osprey to see!

Please keep in mind – Ospreys are skittish.  If you get too close or make too much noise, they will fly off.  Also, stay on the trails and make sure you check for ticks.

Trying to photography Osprey requires patience. During nesting season, Osprey will only stay in the nest when there are eggs or young to defend. You will hear the telltale chirping of one calling to their mate. Start follwing the chirp to find the nest.  If you look closely, you may see one Osprey sitting in the nest with their head visible. Remember the nests are BIG! The mate will return with a fish throughout the day especially when there are young to feed, but you have a better chance in the early morning or late afternoon. Capturing that dinner delivery is exciting! 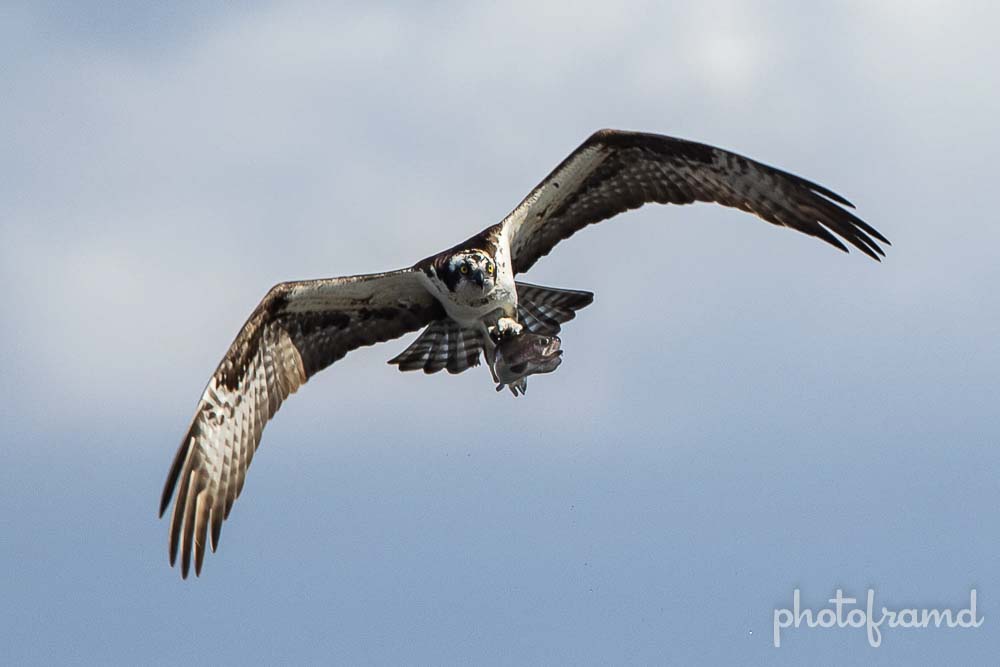 Hunting photos take planning. Osprey usually return to the same feeding grounds on the clock. Ospreys will circle an area, around and around, giving you time to practice your panning. The White Oak Trail directly off the Carmans River is better for Osprey hunting pictures.

I have been using the Canon R5 with the Canon RF100-500mm L, adding in the Canon RF 1.4x Extender or 2x Extender when the situation needs. Without the Extender, sharp handheld shots are a breeze with IBS enabled and the lens set to IS Mode 2. I usually use 1/2000 of a second to freeze the action and let the camera set the ISO. Even faster when the Extender is attached. Eye Focus mode requires sufficient light and you may need to push the ISO without ample sunlight to get a focus lock.

Plenty of photos to see all shot with the Canon R5 and the Canon RF100-500mm L. Maybe they will inspire you to take a hike at Wertheim!