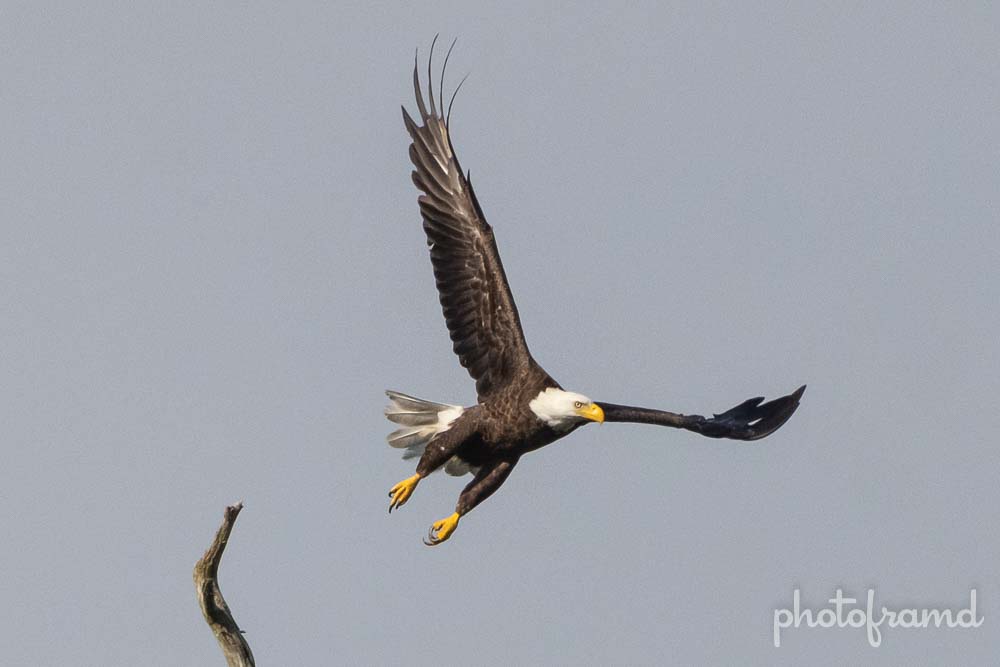 Yes, believe it or not, there are Bald Eagles on Long Island!

I had heard about Bald Eagles sightings for years when they migrate through Long Island, but never actually saw one.  In August 2020, I was on my usual hikes through Connetquot with my Canon R5. Ospreys are very common now on Long Island and I thought I saw one in the distance.  I had just purchased the Canon RF 800mm lens and started snapping to test the lens.  When I reviewed the photos that evening, I saw this. 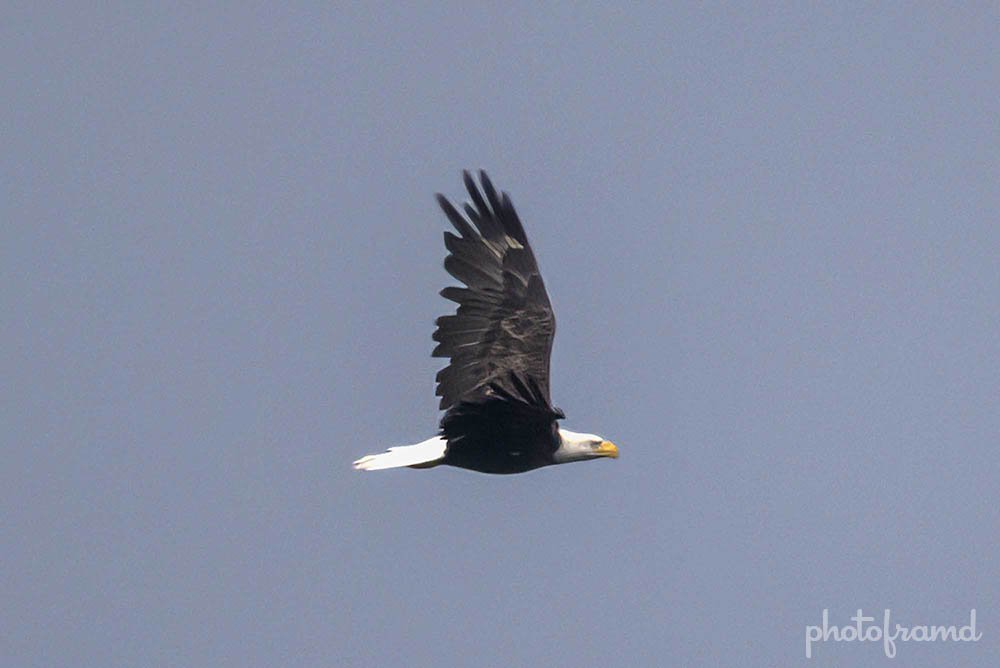 Surprised the hell out of me! (This photo is also the reason I returned the RF 800mm and purchased the Canon RF 100-500mm lens.)  Since then, I have been on the look-out for Bald Eagles.

If you Google or search on Facebook, you will see there are several birding groups that frequently talking about Bald Eagles on Long Island.  There is the Bald Eagles of Centerport, the Friends of Wertheim Wildlife Refuge and the Friends of Connetquot River State Park Preserve.  These three spots represent your best chances to see Bald Eagles.  Each of these areas have established pairs that stay year round and breed.  And, some of the offspring stick around too.  Here is an immature Bald Eagle which has not developed its adult coloring. 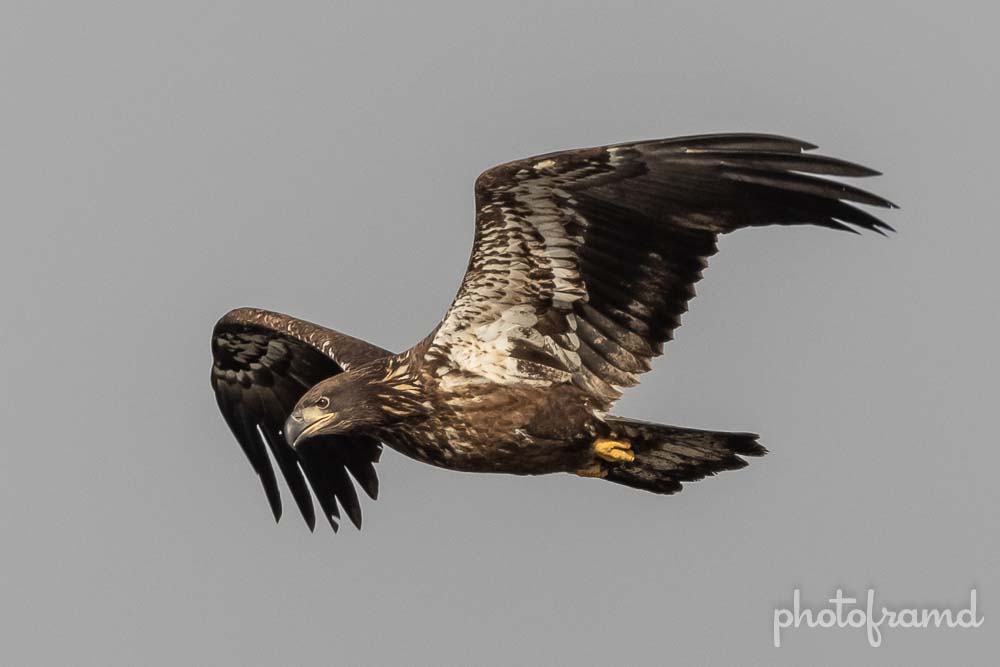 From a distance, it’s very easy to mistake an osprey for a bald eagle and vice versa.  They tend to share the same breeding and hunting grounds.  Occasionally, you can find them battling for a prime spot.  As a general rule, it’s probably an osprey since they are much more prevalent.  If it has the white chest, it’s an osprey. 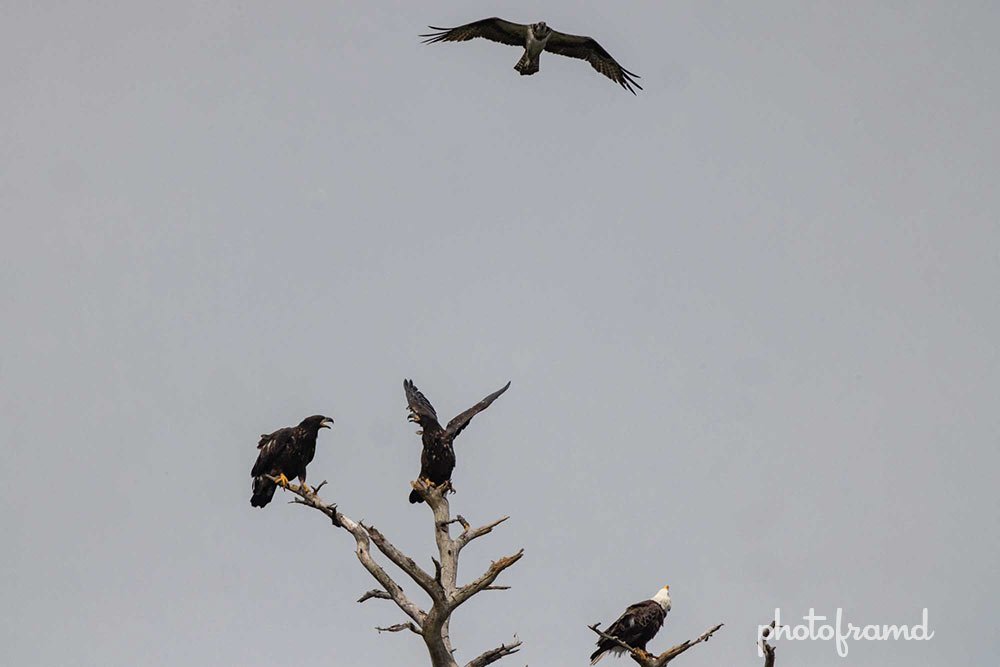 So, the next time you are hiking on Long Island, keep your eyes open.  Better yet, bring your camera and snap away!  You never know what you might see.  Here are some more photos taken with the Canon R5 and the Canon 100-500mm L (some also use the Canon RF 1.4 or 2x Extender).